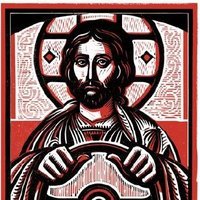 It's common across cultures as the year turns to wish people not only a "happy" new year, but also a "prosperous" one. You certainly don't need to bestow this wish on the richest 10% of this country; they've seen their incomes not only bounce back from the recent recession, but actually increase. However, that so-called recovery remains illusory for the rest of us, many of whom toil away in the "gig economy," a trend deemed so relevant in 2015 that the Financial Times of London chose it as their "year in a word,"(two words actually, but since the Brits are the originators of our Mother tongue I shan't quibble). The gig economy, for those of you not adrift in it, refers to the phenomenon of more and more workers relying on piecemeal work without guaranteed salaries or benefits and very little in the way of legal protections. This surge has been spurred technologically by an explosion in sites and apps such as Uber, Lyft, Instacart, Airbnb, Fiverr....the list goes on...combined with the ubiquity and reliability of internet and smartphone access to virtually everyone. But this trend has also been fueled by something more sinister: corporations and investors seeking to maximize profits above any other consideration. In a poor economy, employers know that workers will take jobs at any price. And when you hire someone as an independent contractor, you have no responsibility for their health or well-being. Not that employers tend to care about the health and well-being of actual employees, but at least they are legally required to provide certain protections such as overtime pay and sufficient time off. Hiring independent contractors frees you of most of those legal requirements, and if you're not compelled by law to provide something that would cost you money, why would you? Morals and ethics don't make for good profits. Consequently, many entrepeneurs have taken advantage of this situation and dispensed with the idea of traditional employees and their irritating legal rights. Instead, they throw an app out there, let desperate gig workers sign up, then watch the money roll in...for themselves and their investors. The workers themselves are not so lucky.

Such jobs offer not only a lack of steady work and protections, they also offer no opportunities to work one's way up into a promotion, to learn new job skills, no interaction or camaraderie with co-workers-all those little perks that we take for granted in the traditional workplace. Plus, workers are prone to what one economist calls self-exploitation-overextending themselves on multiple gigs without a guaranteed hourly rate so that they often end up making less than minimum wage for all their efforts.

So with the disappearance of many traditional jobs, what used to be the province of musicians, artists and certain tradespeople-hustling from gig to gig without knowing where the next was coming from-has now become much more familiar to all. Even, apparently, to priests, or at least to yours truly. I spent the last year as a gigging priest, serving at seven different parishes, sometimes once, some for two or more times, and I've learned a couple of things. First, being an itinerant priest pays a lot less than you might think, or at least a lot less than you might think based on the $100k or so required for my education and professional credentialing. But second, if Jesus were around today, he would be a gig worker: traveling one place to another to offer preaching and ministering, relying on the kindness of strangers and supporters for food and lodging. And when he sent his disciples out, he bound them to the same, itinerant life, telling them to take nothing with them-not even shoes!-and live only off of handouts. Jesus and the disciples today would look a lot more like Uber drivers and almost nothing like middle-class pastors, many of whom enjoy guaranteed salaries, homes, month-long vacations every year, etc. Which, I suppose, is all fine and well if the people you're serving are living nice, comfy lives like you. But when 90% of us are still struggling economically, how exactly are priests and pastors, comfortably ensconced in parish ministry, able to relate to the people they're serving? It would be hard to imagine the one who said, "foxes have holes, and birds of the air have nests, but the Son of Man has nowhere to lay his head" (Matthew 8:20 NRSV), in a steady job with a reliable income.

All that being said, there is an upside to being a gig worker. The chance to do different things, meet different people, and not be locked down to one job in one place can certainly be its own reward. Being given a semblance, however fleeting, of choice and control over your fate, (something missing in many steady, full time jobs), can make you feel like a real human being, even if it means working for minimum wage or less. However, that tradeoff between autonomy and security is not always sustainable, and when more and more people who are reliant on the gig economy start having children and buying houses, they are going to require (and deserve) more stability than such jobs currently carry. Anyone in a financial position to hire another person to work for them has a responsibility to do the best they can for that person's well-being. Employers-certainly Christian ones-have to realize what a blessing it is to share their own wealth and success with their employees. The next step in American workplace protections after pay equity, (which, fortunately, just got a whole lot more fair in California), should be creating protections for gig workers. The recent Uber class action suit is a step in the right direction in addressing this need.

Those of us who live here on the economic edge get a different perspective. Things seem more fleeting and impermanent, but things also seem more possible. We know the only constant is change, and we live daily inside that tired, old (and incidentally incorrect) saying about the Chinese word for crisis being the same as opportunity. I don't mean to minimize the financial anxiety this can cause. But truthfully, we are anxious creatures, and if you are lucky to have a steady job, your anxiety becomes about keeping it, and if you are lucky to have money set aside, your anxiety becomes how to increase it. There is really no antidote for our ongoing worries. Or rather, the only antidote is to see the possibilities for growth and service, whatever our circumstances. Employers, especially, have the opportunity to give back to others from the abundance given from God. Nothing will make you feel more prosperous in this new year than understanding how much you already have the ability to share. Next time you order Uber or Lyft or TaskRabbit, or hire anyone who makes your life a little easier, see the face of Jesus in him or her and think what you can do to make the world a better place for that person, because in so doing, you make the world better for yourself as well.