A picture designed to show what Jesus may have looked like as a young boy has re-emerged.

The photo was created by the Roman Police in 2004 using an image from the Shroud of Turin, believed by some to be Christ's burial cloth.

To generate the image, police harnessed the same forensic aging technology used to determine what missing people and wanted suspects might look like after several years. Only this time, they threw the process into reverse, according to The New York Times. The photo is supposed to show Jesus at 12 years old. 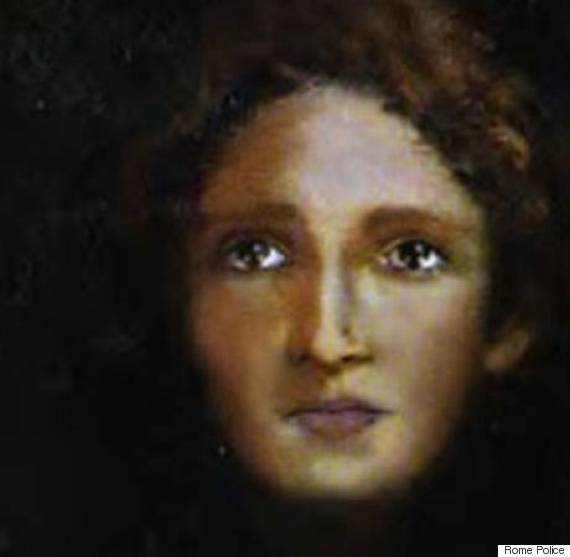 Although the image is from 2004, it has grabbed headlines this week at ABC News, The Independent and others because the Shroud of Turin is now on display for the first time in half a decade.

"It’s a viable age regression that could be a possible likeness to Jesus," forensic artist Stephen Mancusi told ABC News.

The Independent has more on the Shroud of Turin:

The 14-foot-long sheet, made of herring-bone linen cloth, appears to show the front and back impression of a bearded man with long hair.

The body imprinted on the cloth appears to bear numerous injuries consistent with crucifixion, plus a gash in its side, consistent with the lance-wound suffered by Jesus.

However, there are serious doubts about whether the shroud is real, according to The Independent. In April, Matteo Borrini, a professor of forensic anthropology at John Moores University in England and Luigi Garlaschelli, a professor of organic chemistry at the University of Pavia in Italy, presented research at the annual meeting of the American Academy of Forensic Sciences that they argue disproves the authenticity of the shroud.

Borrini and Garlaschelli used Bloodstain Pattern Analysis on dummies to simulate the way blood would seep from crucifixion wounds, and say that the results showed patterns very different from those on the shroud.

This Is How Jesus (Might) Have Looked As A Kid
Sacred Sightings?