Protestors at the 2014 Chicago Pride Parade on June 29 held up signs quoting the Bible and saying "Homo Sex Is Sin," but their message was negated by the appearance of Jesus himself (kind of), who proudly brandished a sign that read, "I'm Not With These Guys." 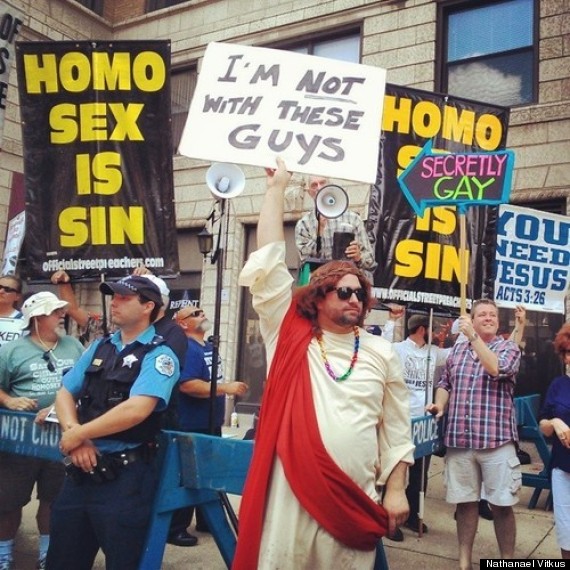 The awesome picture was snapped by Nathaniel Vitkus, a Christian social justice activist and volunteer with The Marin Foundation's "I'm Sorry Campaign," which is "the original activism of love apologizing to the LGBT community for the ways Christians have caused harm."

Fortunately, "Jesus" was there to set them straight. And "Mary" showed up too with a message of her own. 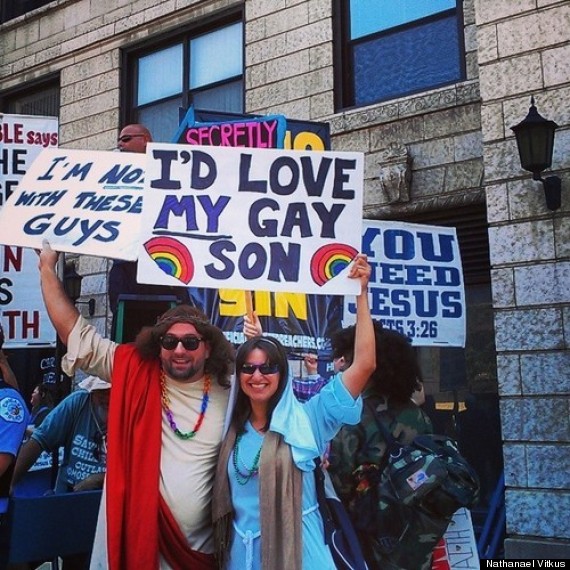 Vitkus posted a blog about the moving experience, writing:

We received the usual stuff they hand/throw out at Pride Parades, but we also gave and received hugs and embraces from others, I held shaking, quivering, guys and gals who saw us after seeing the protestors and were incredibly moved by us being present in front of them proclaiming that God is love not hate, we allowed others to cry tears of happiness and relief that not all Christians come across as being unloving, we received we-forgive-you’s for our I’m-sorry’s, but ultimately I believe we embraced humanity but we also embraced divinity as well.

I never have the feeling that I am going to bring God to the Pride Parades I attend by way of the I’m Sorry Campaign, because God is already present and moving through those who gather. Being the hands and feet of Christ are important, but being his arms to hug, his shoulders to lean on, and his ears to hear the stories of others, that too is very important. 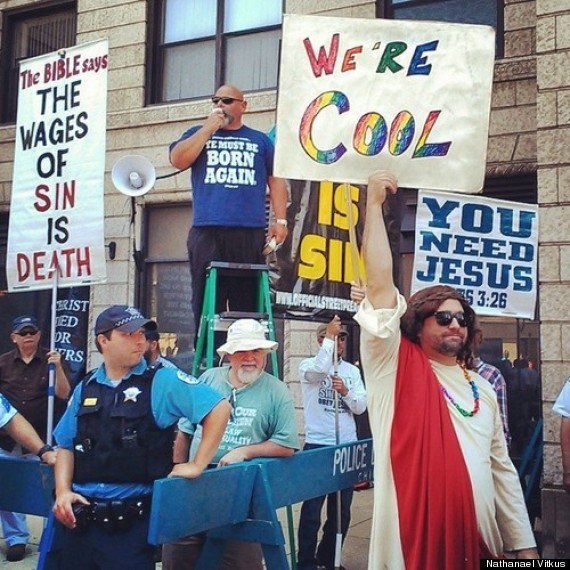 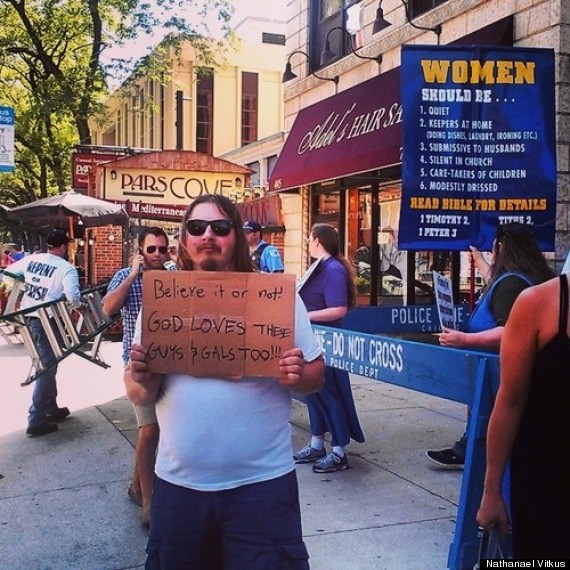 This isn't the first time that a Jesus look-a-like has challenged the people from Official Street Preachers and their ilk. An man dressed as Christ went to the 2013 AIDS Walk Los Angeles to protest people with anti-gay signs. 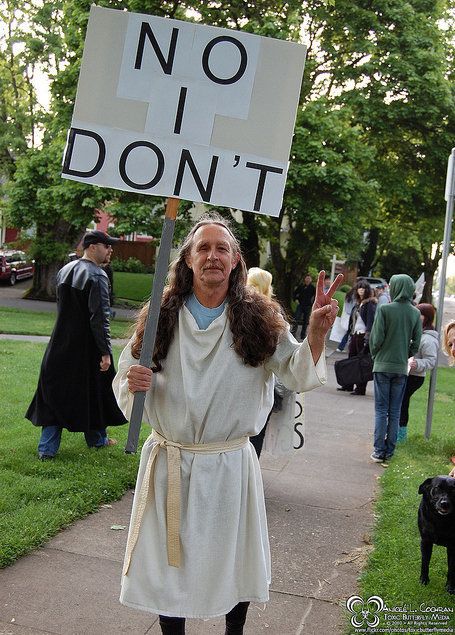