Growing up Southern Baptist in the American South of the 1960s, I learned early that a good Christian refrains from smoking, drinking alcohol, dancing and having sex before marriage. Decades later, I still don't smoke.

As a boy I loved Bible stories and science fiction, hymns and show tunes. When I wasn't at church, I painted pictures and watched black-and-white movies on TV that starred strong women. At university in the 70s, I participated in the theater department and the interdenominational Christian group on campus. Following graduation, fearful of the secular arts world, I joined the staff of InterVarsity Christian Fellowship, an evangelical student movement that boasted affiliated chapters at over 500 colleges and universities across the U.S.

It all came back to me a while back, during a trip from my home in New York City to visit my family in Kentucky. In an upstairs den I discovered boxes of Kodachromes collecting dust in a closet. After setting up a projector and drawing the curtains, I watched a life that I had preferred to forget flicker on the home movie screen. And, like Alice, I fell down the rabbit hole into my past.

In 1978 a returning missionary gave me a Pentax K1000 35-millimeter camera. Untutored in photography and its history, I nevertheless turned the lens on my world, not to document it for outsiders but to capture my friends and life for my own pleasure and to show to friends and family in slide shows. The camera allowed me to say in pictures what I could not say in words.

As a staff member with IVCF, I had the job of establishing groups of student believers at secular schools and training them in the three purposes of our organization: discipleship, evangelism and mission work. I conducted prayer meetings, led Bible studies, counseled students, taught at weekly meetings, witnessed for Christ to nonbelievers, directed weekend conferences and staffed summer camps. I took part in summer mission projects in Guatemala, and during spring break of 1978, I and other young Christians invaded the beaches of Fort Lauderdale, Fla., where we confronted partiers and sunbathers with the message of Jesus Christ. However, I found myself conflicted: Although I wanted to see non-Christians accept Christ as their savior, I really wanted a great sun tan that I could take back north with me.

During these years I kept secret a fact that is now obvious to all: I am gay. Like many secrets, this one spread like a cancer through my body. As much as I prayed to God, I found that I could not overcome my attraction to my own sex. On a few occasions I would confess these uncomfortable urges to an older, trusted confidant, but because I had never acted on my desires, I was told that these desires were just a phase that I would pass through. But the tunnel was very long, and I could never see the light at the end of it.

I found myself coming up with "remedies" to "cure" my homosexual "condition." Once I bought a stack of men's sex magazines, thinking that if I stared long enough at naked female bodies, I would awaken my heterosexual passion. On another occasion I, a teetotaler, drank myself into inebriation, thinking that if I got terribly drunk, I would release and expel my fear of the opposite sex -- without success, of course.

Finally, at the age of 28, in an act of desperation, I sought out the help of a Christian psychologist, who reminded me in our first meeting that Jesus said, "[Y]e shall know the truth, and the truth shall make you free." For the next two years I met weekly with this woman, fighting to overcome my homosexual desires.

Ultimately, it was not my sexual attraction to men that confirmed my being gay but my falling in love with my best male friend. I found myself having overwhelming feelings for him that I did not have for my girlfriend at the time, a woman who really was my best friend. Naïvely I had failed to see that my feelings for my male friend were not feelings that straight men felt for their own male friends. In the spring of 1983, I resigned from the Christian ministry and came out as a gay man.

The photographs from my "Jesus days" are a testament to the time before I came out as a gay man. The images show the world as seen by a closeted young gay man. By showing these pictures today, I hope to give voice to a young man who once had no voice. Today, many gay and lesbian youth from religious backgrounds suffer the same struggles that I suffered some three decades ago. I hope that Jesus Days gives them hope and inspiration. 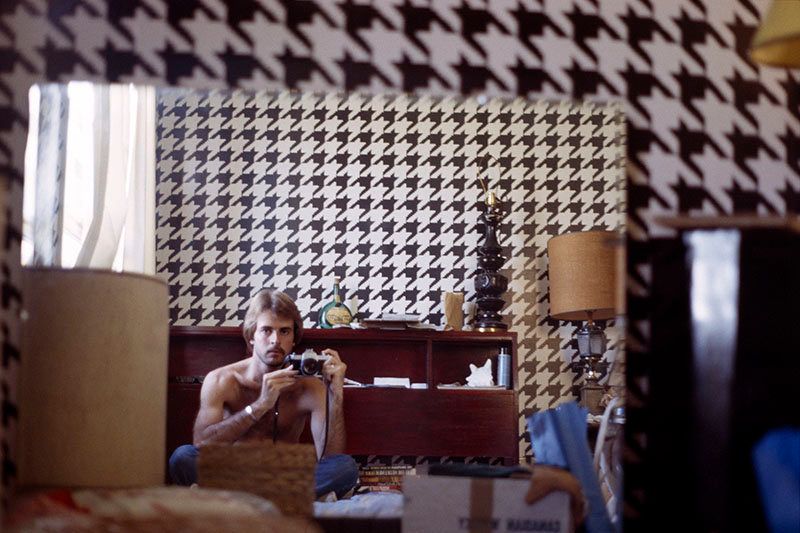