The following is an excerpt by James D. Tabor and Simcha Jacobovici, authors of The Jesus Discovery: The New Archaeological Find That Reveals the Birth of Christianity

On the morning of Tuesday, June 29, 2010, outside the Old City of Jerusalem, we made an unprecedented archaeological discovery related to Jesus and early Christianity. This discovery adds significantly to our understanding of Jesus, his earliest followers, and the birth of Christianity. In this book we reveal reliable archaeological evidence that is directly connected to Jesus' first followers, those who knew him personally and to Jesus himself. The discovery provides the earliest archaeological evidence of faith in Jesus' resurrection from the dead, the first witness to a saying of Jesus that predates even the writing of our New Testament gospels, and the earliest example of Christian art, all found in a sealed tomb dated to the 1st century CE.

We refer to this tomb as the Patio tomb, since it is now located beneath an apartment patio, eight feet under the basement of a condominium complex. Such juxtapositions of modernity and antiquity are not unusual in Jerusalem, where construction must often be halted to rescue and excavate tombs from ancient times. The Patio tomb was first uncovered by construction work in 1981 in East Talpiot, a suburb of Jerusalem less than two miles south of the Old City.

Our discoveries also provide precious new evidence for evaluating the Jesus son of Joseph's tomb, discovered a year earlier, which made international headlines in 2007. We refer to this 1980 tomb as the Garden tomb, since it is now situated beneath a garden area in the same condominium complex. These two tombs, both dating to around the time of Jesus, are less than two hundred feet apart. Together with a third tomb nearby that was unfortunately destroyed by the construction blasts, these tombs formed a cluster and most likely belonged to the same clan or extended family. Any interpretation of one tomb has to be made in the light of the other. As a result we believe a compelling argument can be made that the Garden tomb is that of Jesus of Nazareth and his family. We argue in this book that both tombs are most likely located on the rural estate of Joseph of Arimathea, the wealthy member of the Sanhedrin who according to all four New Testament gospels took official charge of Jesus' burial.

Who was Joseph of Arimathea and how did he enter the historical picture? The Jesus Discovery explores the answers to this and a series of related questions. The recent discoveries in the Patio tomb put the controversy about the Jesus family tomb in new light. We now have new archaeological evidence, literally written in stone, that can guide us in properly understanding what Jesus' earliest followers meant by their faith in Jesus' resurrection from the dead, with his earthly remains, and those of his family, peacefully interred just yards away. This might sound like a contradiction, but only because certain theological traditions regarding the meaning of resurrection of the dead have clouded our understanding of what Jesus and his first followers truly believed. When we put together the texts of the gospels with this archaeological evidence, the results are strikingly consistent and stand up to rigorous standards of historical evidence.

Accessing the sealed Patio tomb was a tremendous challenge. The technological challenge alone was daunting. Our only access to this tomb was through a series of eight-inch drill holes in the basement floor of the condominium. We were not even positive these probes would open into the tomb. We literally had only inches to spare. Investigating the tomb required getting agreements from the owners of the building over the tomb; the Israel Antiquities Authority, which controls permission to carry out any archaeological work in Israel; the Jerusalem police, whose task is to keep the peace and avoid incitements to riot; and the Heredim, the ultra-Orthodox authorities whose mission is to protect all Jewish tombs, ancient or modern, from any kind of disturbance. None of these parties had any particular motivation to assist us and for various reasons they disagreed with one another about their own interests. Any one of them could have stopped us at any point along the way, and there were many anxious times when we thought the exploration would never happen. Ultimately we were able to persuade each group to support the excavation. That we succeeded at all is more than a minor miracle. At the same time we had no evidence that our exploration of this tomb, if it were possible, would yield anything of importance. But we both agreed it was a gamble worth taking.

At many points the entire operation seemed likely to collapse. We pushed on, however, not because we knew what was inside the tomb, but because we could not bear the thought of never knowing. Since that time we have begun to put the entire story together and a coherent picture is emerging that offers a new understanding of Jesus and his earliest followers in the first decades of the movement.

Archaeologists who work on the history of ancient Judaism and early Christianity disagree over whether there is any reliable archaeological evidence directly related to Jesus or his early followers. Most are convinced that nothing of this sort has survived, not a single site, inscription, artifact, drawing, or text mentioning Jesus or his followers, or witnessing to the beliefs of the earliest Jewish Christians either in Jerusalem or in Galilee.

Jesus was born, lived, and died in the land of Israel. Most scholars agree he was born around 5 BCE and died around 30 CE. We have abundant archaeological evidence from this period related to Galilee, where he began his preaching and healing campaigns, and Jerusalem, where he was crucified. There is evidence related to Herod Antipas, the high priest Caiaphas, and even Pontius Pilate, who had him crucified, but nothing that would connect us to Jesus himself, or even to his earliest followers -- until now. Our hope is that these exciting new discoveries can become the catalyst for reconsidering other archaeological evidence that might well be related to the first Jewish-Christian believers.

The oldest copies of the New Testament gospels date to the early 4th century CE, well over two hundred years after Jesus' lifetime. There are a few papyri fragments of New Testament writings that scholars have dated to the 2nd century CE, but nothing so far in the 1st century. The earliest Christian art is found in the catacomb tombs in Rome, dating to the late 2nd or early 3rd centuries CE. Our discovery effectively pushes back the date on early Christian archaeological evidence by two hundred years. More significantly, it takes us back into the lifetime of Jesus himself.

This has been the most extraordinary adventure of our careers, and we are pleased to be able to share with readers the surprising and profound story of The Jesus Discovery.

See Photos of the Archeological Dig and Earliest Christian Images 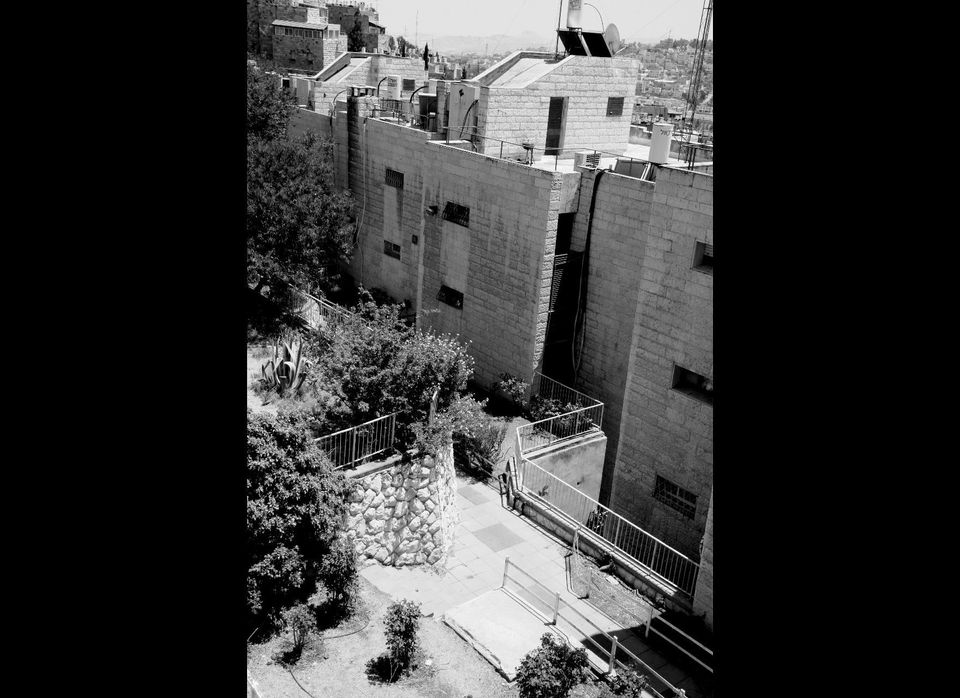 1 / 11
Garden Tomb Entrance
The Garden tomb entrance between the apartments -- it is covered by the cement slab at bottom center.
Simon & Schuster