The whole world witnessed the massive fire that destroyed Paris’ Notre Dame Cathedral on Monday, but some people claim they saw something even more amazing: an image of Jesus.

“When I looked at this photo last night, I was really astounded by what I saw,” 38-year-old Lesley Rowan told Scotland’s Daily Record. “When I look at it I see a silhouette of Jesus. I really see a vivid image.”

Rowans said she believed the image was a positive one.

“I feel like it will bring comfort to people in Paris and all over the world at this sad time,” she said.

Others who’ve seen photos of the cathedral are also convinced they see a divine image in the flames.

Wow, I totally agree - I can see a figure of Jesus in the flames too. Do you see it, or is my mind playing tricks on me?#NotreDameFire #NotreDame pic.twitter.com/9NWm1q0gDj

A SILHOUETTE of Jesus Christ has been spotted in the flames of the devastating inferno which engulfed Notre Dame Cathedral, shock claims suggest. pic.twitter.com/vsgZpXpoA9

However, some wondered, if Jesus was there, what message was he sending?

Was Jesus in the flames of Notre Dame? This would be a sure sign that Jesus was not happy with what was going on at Notre Dame Cathedral. His house of worship had been turned into a tourist attraction.https://t.co/THdOPU9T8n pic.twitter.com/kzGeWhHkPc

And there were some skeptics....

Best thing Ive read today? People are claiming they can see Jesus in the flames of the Notre Dame fire. Life why tf didnt he just put it out? lol. Jesus hates timeless architecture confirmed!

Although some people find the image inspirational, it may be more of an example of “pareidolia,” than a message from God.

Kang Lee, a psychologist at the University of Toronto who released a study of face peridolia earlier in 2014, told HuffPost that “human brains are uniquely wired to recognize faces, so that even when there’s only a slight suggestion of facial features, the brain automatically interprets it as a face.” 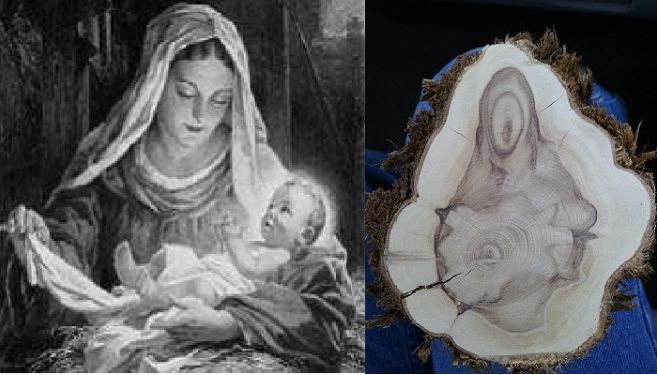