A joke gift of a garden gnome has become the answer to the prayers of a woman in Lynnville, Tennessee.

Turns out the gnome has a statue hidden inside that some observers think looks like Jesus' head on a female torso, Al.com reports.

The joke started in junior high when Jillian started watching "South Park" and enjoyed the episode with underpants gnomes.

"Since then, she gives me gnomes randomly to be funny,” Andrews told ABC News.

Recently, Pozzi gave Andrews three ceramic gnomes and as well as a rug. When Andrews tried to take the gnomes out of the car, one of them fell on to the pavement and broke into several large pieces.

When Andrews picked up the pieces, she noticed a figure that inside the gnome. It formed at the time the garden gnome was made and is fused to the top and to the bottom, WSMV-TV reports.

The statue's face is of a man with a beard, while the body underneath is a busty woman.

"I think the face has really intricate detail and someone spent a lot of time on the face. The anatomy on the body looks feminine to me, but I don't know. I am just biased to it, I guess," Andrews told the station. 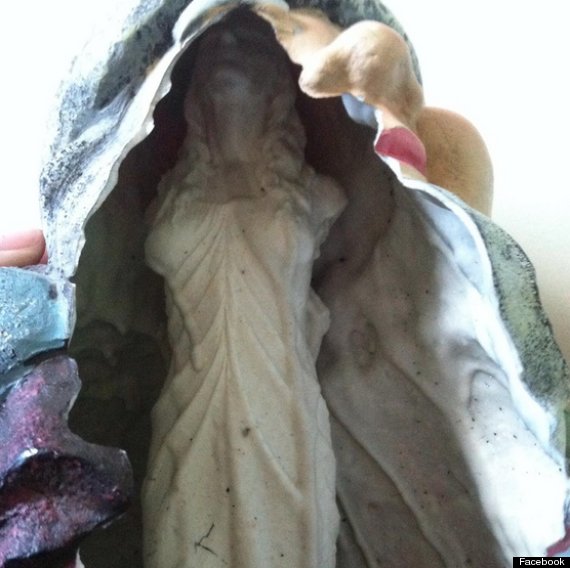 Andrews won't say for sure if she believes the inner statue is of Jesus, so she has named her gnome fragment "Pete."

Andrews and Pozzi have broken other gnomes to see if there was a similar statue, but, so far, "Pete" is the only one with the weird statue inside.

"I don't know how to explain it to people because if I say I saw Jesus in a gnome they think I'm crazy," Andrews told the Tennessean newspaper.

Andrews has set up a Facebook page dedicated to "Pete the Gnome" that she hopes will help her find answers to the statue's possible origins.

Right now, the only thing that is known for sure is that "Pete" was made in China and costs $19.99 at Target.

However, the explanation given by Target spokesman Evan Lapiska didn't exactly hit the bullseye.

"We do not have enough information to speak to this specific situation, but we encourage the individual to contact guest relations for additional assistance if they have questions or concerns Target may be able to answer," he told the Tennessean. 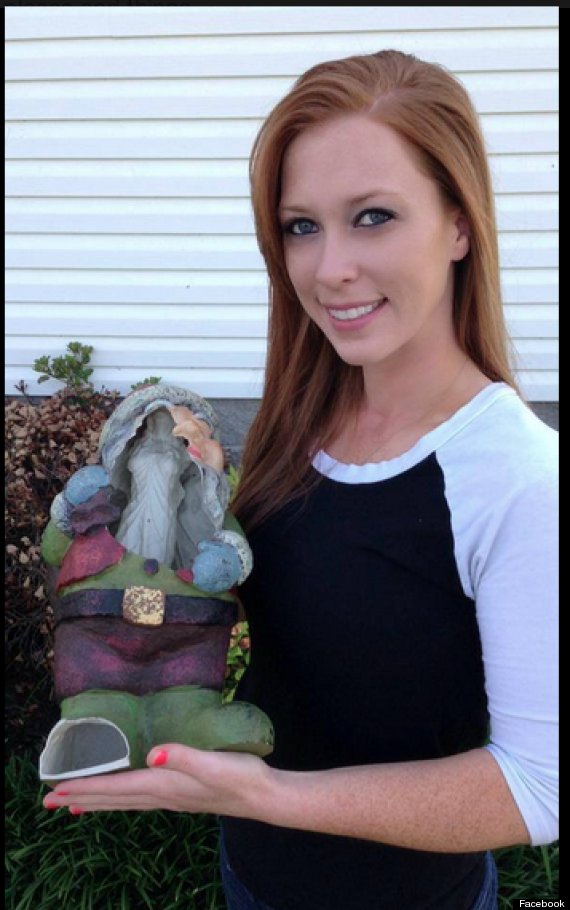