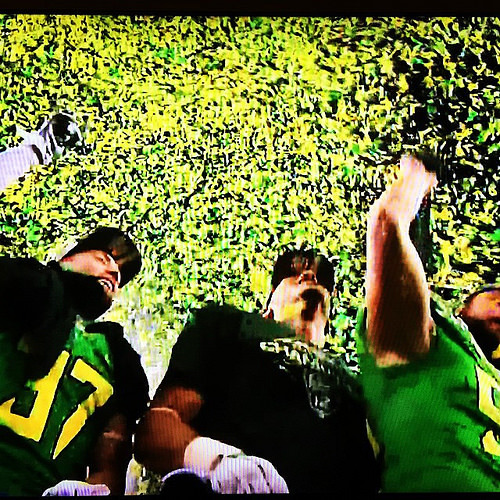 It is a great time to be a Duck fan.

I am speaking, of course, on behalf of fans of the Oregon Ducks football team, who avenged their solitary, early season loss when they defeated the Arizona Wildcats 51-13 in their rematch to clinch the PAC-12 Championship December 5, and then dismantled the Florida State Seminoles 59-20 at the Rose Bowl on New Year's Day. These Ducks now have a date with destiny ... and the Ohio State Buckeyes ... in the first-ever College Football Championship game in the post-BCS era on January 12.

The Duck among Ducks -- surely you've heard by now, even if you aren't a Duck fan -- is its Heisman Trophy-winning quarterback, Marcus Mariota. Earlier this season, 12-year old school reporter, Charlie Papé, famously broke down the priorities of the students on his middle-school campus in Eugene, Oregon in a post-game press conference:

Perhaps young Charlie and his hero, Marcus Mariota, are pointing a way forward toward a new "least of these" theology for evangelicals -- rooted in orthopraxy -- some fifteen years into a new millennium. 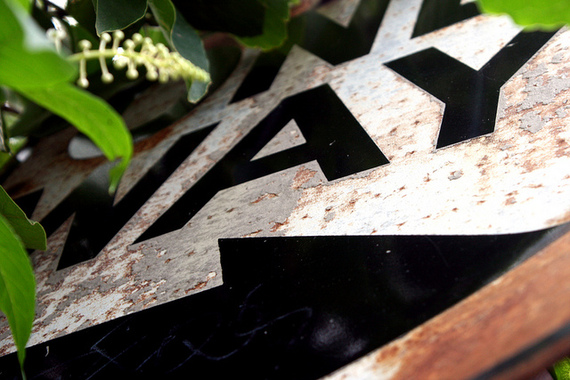 Orthodoxy has become a watchword for new, self-appointed guardians of the faith, focused on what means, in Latin, "right beliefs". In this model, mental assent to various statements of faith becomes all-important. Anyone who might ask questions rather than mumbling pat answers becomes suspect. When Rob Bell famously asked if Christians could know for certain that Mohandas Gandhi is in hell[^2], for example, he set off a firestorm that led him to be branded a heretic in many conservative evangelical circles -- even before his book, Love Wins, was published.

Orthopraxy is an equally ancient concept, meaning "right practice". When James, quite possibly the brother of Jesus, writes to the Church, he describes orthopraxy:

What good is it, my brothers, if someone says he has faith but does not have works? Can that faith save him? If a brother or sister is poorly clothed and lacking in daily food, and one of you says to them, "Go in peace, be warmed and filled," without giving them the things needed for the body, what good is that? So also faith by itself, if it does not have works, is dead.[^3]

Orthopraxy is, in some sense, the corrective to joyless, relationally-deficient orthodoxy. James contends that both are required for a living, vibrant faith:

But someone will say, "You have faith and I have works." Show me your faith apart from your works, and I will show you my faith by my works.[^4]

The 20th century found the pendulum swinging from Evangelicals whom critics suggest overemphasized "the social gospel" to those who, by the end of the century, seemed unwilling to lend a hand at all unless there were "gospel strings" attached.

James might suggest that the gospel is best represented by the faithful, helping hand. 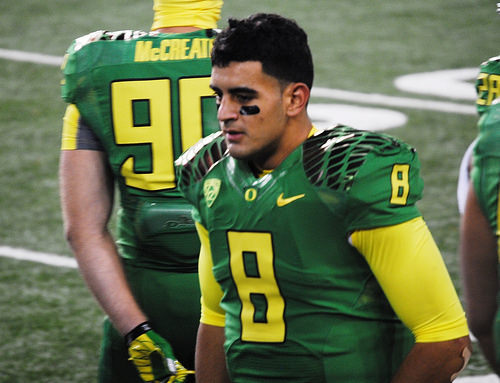 That brings us back to Marcus Mariota, a throwback to a bygone era when our sports heroes acted heroically on and off the field. His Heisman acceptance speech clocked in at almost exactly three minutes. He managed to cram the phrase "thank you" into that speech eighteen times -- or about once every ten seconds -- thanking everyone from his coaches to his teammates, the Heisman Trust and the entire state of Hawaii.

Mariota's comments after the remarkable and impressive Rose Bowl performance continued the theme:

"I just wanted to focus on this team and for us to kind of go out there and be successful, it was just a great feeling and I'm happy for us."

As John Canzano wrote in The Oregonian,[^5] "Us ... Our team ... We. These themes come up over and over around Oregon's players." In fact, this same theme was sounded by the Ducks coach, Mark Helfrich, quoted as saying, ""The most important part of understanding what we're all about is, it's 'we'."[^6] 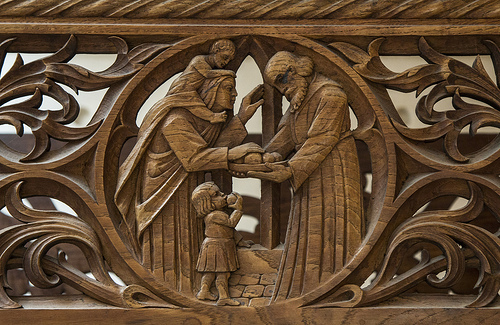 The rigid, doctrinaire version of evangelicalism--what I call the kingdom of the MEvangelicals--is crumbling. The WEvangelicals are on the rise, ready to embrace "the least of these", prepared to acknowledge our interconnectedness, to understand that, as Christians and as the family of humanity, we succeed together--not apart.