A team of Catalan archaeologists have discovered what they believe could be one of the oldest depictions of Jesus made by the earliest Coptic Christians in Egypt.

The researchers uncovered an underground structure in a series of buried tombs that date to the 6th and 7th centuries. Among the Coptic, or early Christian, images painted on the structure's walls was what lead researcher Josep Padró described as "the figure of a young man, with curly hair, dressed in a short tunic and with his hand raised as if giving a blessing." 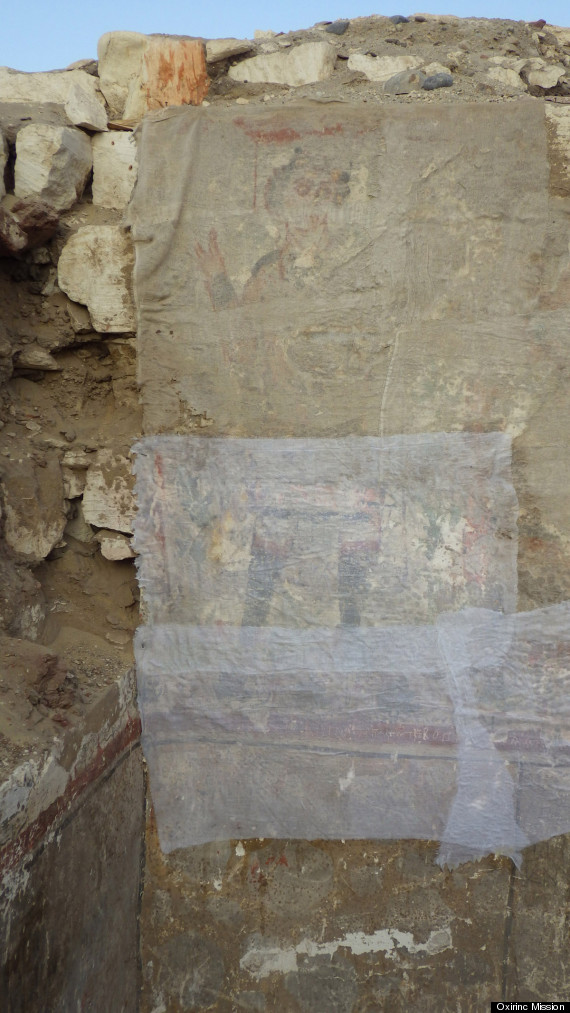 Photo courtesy of the University of Barcelona.

"We could be dealing with a very early image of Jesus Christ," Padró told La Vanguardia.

The researchers removed 45 tons of rock to access walls where the painting was found, which are situated among several sites Padró has been excavating for the last 20 years.

The drawing is under lockdown while researchers begin to translate the inscriptions surrounding it.

In 2011, archaeologists working near the Sea of Galilee discovered a 2,000-year-old booklet with what was then thought to be one of the earliest depictions of Jesus. The booklet reportedly bore the inscription ‘Saviour of Israel’, but its authenticity was later questioned.

CORRECTION: A previous headline of this article incorrectly suggested the depiction found in Egypt was the earliest known; it is among the earliest, but other images thought to be of Jesus predate it. The article has also been updated to reflect doubts about the authenticity of the 'Savior of Galilee' booklet, and a reference to the tomb of a scribe has been removed to clarify that the image was discovered in an unidentified structure.