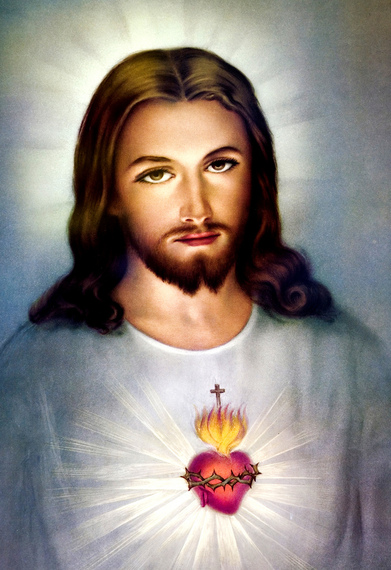 Among the 100,000 who attended Bernie Sander's rallies this month, there is a growing contingent of Evangelicals who are causing speculation among pollsters.

"We're not sure if they are here to agitate or support Sanders," said Joe Carp of Pollmiester. "It started with just one guy with a Jesus Loves Bernie banner and now there are hundreds of them. They're pretty easy to spot. The men all have long beards and the women wear prairie dresses."

"It's a gimmick," said Donald Trump. "I'm very, very rich. I pay SAG actors fifty bucks to attend my rallies. Sanders doesn't have a dime. So he gets amateurs."

This Reporter spoke with the leader of the Church of Modern Day Sinners, Rev. Amos Hardy in Whacko, Texas.

"When it comes to politics, our congregation is not in lockstep with any political party," said Rev. Hardy. " We listen to what every candidate has to say and we also listen to what God has to say. God is telling us that Bernie Sanders is the Messiah."

"How is that?" said This Reporter.

"What first got my attention was Sanders similarity to Jesus, it's so obvious, I don't know how anyone could miss it," said Rev. Hardy. "Sanders is a Jew trying to overturn the tables of the money lenders on Wall Street!

Like Jesus, he comes from a humble background, wears shirtsleeves, not grand robes or three-thousand-dollar suits like the other candidates. He genuinely cares about the poor. Everywhere Sanders goes, the masses hang on his every word while the power brokers grow ever more afraid. He doesn't even advertise and yet they come by the thousands.

The only difference I can see is that Bernie Sanders didn't walk on the Sea of Galilee. He swam in it. Close enough," said Rev. Hardy.

"But Evangelicals have always supported Republican candidates," said This Reporter.

"Look where that got us!" sniffed Rev. Hardy.

"What about Sanders stand on conservative social issues like abortion, same sex marriage and the Affordable Care Act?" asked This Reporter.

"Apparently, you haven't read your Bible lately," said Rev. Hardy. "Let he who is without sin cast the first stone."

"Sanders isn't perfect. Neither was Jesus. The jury is still out on his relationship with Mary Magdalene," said Rev. Hardy. "Here's the thing. Sanders message is straight from the Gospel. When he speaks, I get goose bumps. Did you know that Jesus and Sanders are the same exact height, 5'8"?"

"Um, no. I wasn't aware of that. Do you really think American is ready for a Jewish President?" asked This Reporter.

"Oh, no. The Koch brothers, Adelson and the RNC demolition crew will surely crucify Sanders. If they don't, Hillary will set his pants on fire. But Bernie Sanders will rise again. For so it is written," said Rev Hardy, handing me a Jesus Loves Bernie t-shirt.

Stacia Friedman is the founding editor of DailyLobotomy.com and the author of Tender is the Brisket.