My husband and I went on a date last week. Translation: we went to Costco without the kids. I was dressed to impress. Translation: my yoga pants did not bear visible signs of anything my kids ate earlier that day and I had on lipstick.

As we strolled through the aisles in search of yummy free samples and bulk good deals, all the guys were checking me out. The undisguised lust in the eyes of shoppers (and that guy passing out energy drink samples) was really starting to piss my husband off.

Here we were trying to have quality time as a couple and my 48-year-old butt encased in Target's finest Lycra was causing a disturbance worthy of intervention by the Costco security team. When I bent over to hoist a six-pack of organic tomato soup into the cart, all my adoring admirers were treated to an eyeful of my granny panties creeping above the waistband of my sexy yoga pants... I really should have known better than to dress so trampy for a public outing. 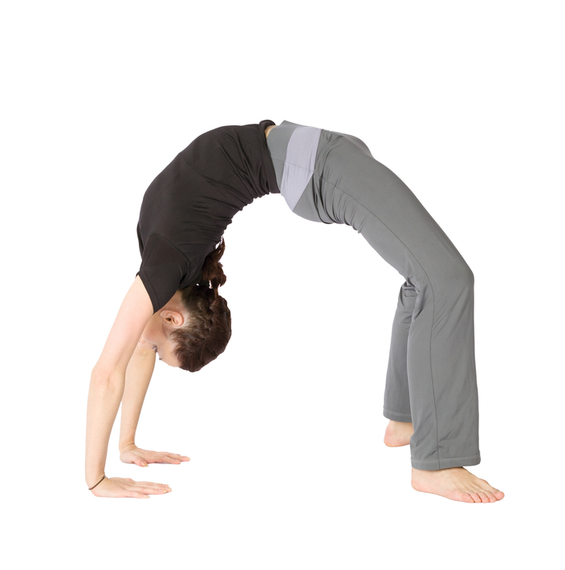 Blogger Veronica Partridge's (like the bird and the family, ya know) "yoga pants are for sinners" post is making the Internet rounds. If you haven't read it, click here to read about how Veronica had some kind of epiphany that made her uncomfortable with wearing form-fitting leggings or yoga pants in public. If you read the linked article, you will see a pretty young woman embracing her husband. I think you are supposed to ignore the body hugging skinny jeans she wears while leaning against her husband in what some might call a seductive embrace.

Because those are totally different than yoga pants.

It might be a stretch but I like to think that moms -- the yoga pants wearing mafia -- rule the world. We might rule the world in a quiet, behind the scenes way, but if you think about world order in very basic terms, shit wouldn't get done if moms weren't doing their thing.

Moms are responsible for getting everyone up in the morning, organizing meals, snacks and extracurricular time-suckers that teach the best of the best social, athletic and organizational skills. Great leaders, inventors and strategists didn't just morph in to positions of power and influence. Someone reared them, nurtured them and made sure they had clean undies and ate their veggies. In this day and age, that someone is probably a frazzled, overtasked, overcaffinated maybe unshowered yoga pants wearing mom.

Yoga pants are comfortable. If someone wants to look at my ass and think lustful and naughty things, I've got a couple of thoughts. The first is "woot, I've still got it" and the second is "you might need to raise your standards just a smidge, m'kay?"

That said, I find her sanctimommy attitude more than a little disturbing. Although she begins her diatribe against form fitting clothing with a disclaimer that her intent isn't to tell other women how to dress, the underlying message is "you're a hussy if you leave your house in yoga pants or tights because other men might ogle your bitties and it's your fault."

She mentions wanting to set a good example of modest dressing for her daughter. Good for her. I guess she's also going to teach her daughter that women are responsible for men not being able to control themselves. I usually just shake my head and maybe roll my eyes a little when I read something like this, but at its most basic form, this article is taking us back to the "and what were you wearing, miss" line of questioning when we interview a rape victim. Veronica Partridge's message goes beyond the simple choice of what to wear... it suggests that men aren't responsible for their thoughts and maybe their actions just because a woman is wearing leggings or yoga pants.

Only on the Internet in 2015 can one woman's vow not to wear a certain type of clothes make headline news.

Jesus loves me. He loves yoga pants, too. He didn't tell me this or anything but I gonna go with my gut on that one.

Everyone still has free will. Dudes, if you don't want to lust over my (or anyone's) yoga pants wearing booty, practice some restraint and freakin' look away. And...

Moms in yoga pants rule the world. That's all.