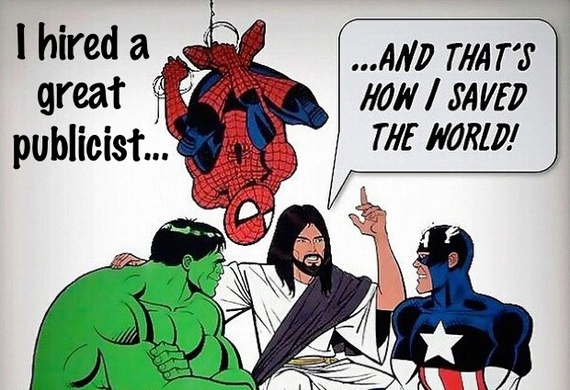 I was talking with a friend the other day about the judgment Westerners have about money. If you have a ton of it everybody automatically thinks you're insanely happy--and not very Godly. If you're poor ... worried how to make ends meet, unable to afford decent healthcare, haunted by visions of dying alone and hungry under a bridge--everybody knows you're miserable.

But at least God loves you.

But who remembers that?

All we know is that money = evil and Jesus drove the moneychangers from the temple and it's easier for a camel to go through the eye of a needle than a rich man to enter heaven and all sorts of other clichés and dogma including:

1) If you have money you should give a lot away to the poor ... or to the Church. (Although if being poor is such a blessing why should the blessed be cursed with money? Which is maybe why the Church stepped in?)

2) It's better to give than to receive.

3) Spiritual advice and wisdom should NOT cost money.

Really? Personally, I think Jesus would have been a lot better off if he'd charged for his talks. People just don't value stuff when it's given away. Plus he could have hired some kick-ass marketing experts and gotten The Word out much more efficiently.

Mary could have afforded both the expensive nard and a towel to wipe Jesus' feet instead of using her hair. And if there'd been money in the coffers maybe the Sanhedrin could have been bought off and the mob that called for his crucifixion scattered via a few handfuls of coins tossed in the street.

Maybe the mob wouldn't have gathered in the first place if they'd paid good money the night before to catch Jesus' show!? It's just not smart killing an investment you've made

Instead we have much of the world's population crippled with guilt over the Almighty Dollar--damned if they have it and damned if they don't. And pity the poor spiritual teachers following in Jesus' footsteps who want to make a difference in the world!

Spiritual teachers have to be humble and nice and kind all the time. They can't swear or get angry or wear sexy clothes. They're supposed to only accept "love offerings" in exchange for their hard-earned wisdom and charge bargain-basement prices for their seminars and books so all the people who believe poverty is a sign of spirituality can afford them.

And yet spiritual teachers have to eat like everybody else. They have to buy clothes, pay the rent, afford college tuition, the vet bill and health insurance and they have to do it all while building websites and buying Facebook ads to sell their webinars and hiring publicists to promote their books while traveling around talking at Unity churches and hawking their inexpensive wares at expensive expo booths.

How do women and men of God manage?

Gone are the days where spiritual teachers can depend on others to feed, house and clothe them while they go about doing spiritual work. Begging bowls are passé. Plus in the West personal manifestation and abundance are now considered signs of advanced spirituality.

Money is the root of all evil AND abundance is a sign of enlightenment? Holy hog-tied Batman!!

People expect their spiritual teachers to dress nicely, wear expensive crystals, drive nice cars, fly in for speaking events and organize yoga cruises to Bali, humbly asking people to "pay what you can?"

How would Jesus manage?

What would he do? Get a day job and manage his spiritual work on the side? Find a spouse with a full-time job and a strong support mentality? Spit in the evil money-demon's eye, square his shoulders and charge what his wisdom was worth?