Black hair salons everywhere are now mourning the end of a staple publication's run in print.

JET Magazine has come a long way from its founding as "The Weekly Negro News Magazine" in 1951, announcing its transition to all-digital format last month. That day has finally come.

The front of its final printed magazine is an assortment of the most iconic covers of JET's 63 year run, and the issue will include a retrospective look at news covered over the magazine's long history, encapsulated in its catchphrase: “If it isn’t in JET, it didn’t happen.”

JET Mag's new app -- available on all tablet and mobile devices -- is set to launch June 30, and will have an EBONY and JET digital store as well as new interactive features in addition to their usual content.

The last issue of the legendary magazine will hit newsstands on June 9. 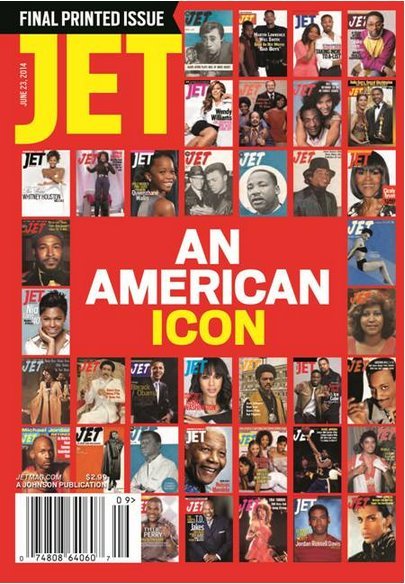