Yves "Jetman" Rossy has taken to the skies again -- this time, with a protégé in tow.

Rossy has made a name for himself by flying with nothing but a jetpack attached to his body. In December, the Swiss daredevil even flew in formation with an airplane over Dubai.

On Monday, a video was released showing Rossy flying once more over the gleaming emirate. This time, he was accompanied by skydiver and BASE jumper Vince Reffet, who also had a jetpack (or more accurately, a jet-propelled wing) strapped to him.

Rossy, a former fighter pilot and airline pilot, is said to be the first person in the world to have taken flight with a jet-propelled wing. He’s previously flown across the English Channel, the Grand Canyon and Mount Fuji. In 2011, Rossy raced two fighter jets over the Swiss Alps.

2 Guys With Jetpacks Fly In Formation Over Dubai, Proving The Future Is Already Here
11 Disappointing Jetpacks 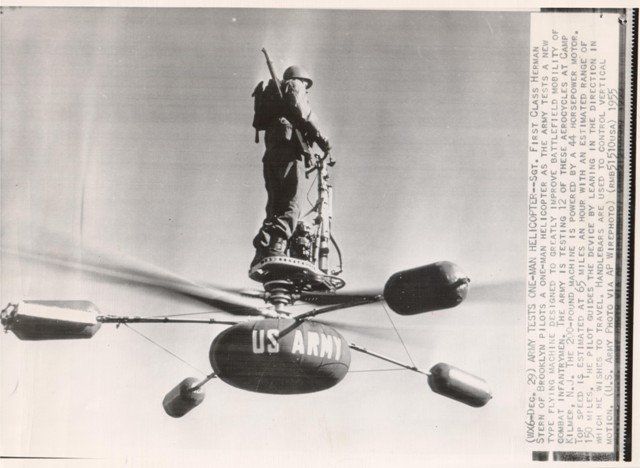