We don't know what to make of these flying robotic sea mammals, but we want one.

Thanks to YouTube star Devin Graham, aka Devin Super Tramp, three awesomely futuristic water toys are on our radar. In one of his latest stunts, seen in the video above, Graham and his Super Tramp crew take the "robotic dolphin" (actually named the Seabreacher), some flying bikes (the Jetovators), and a jet-powered VW van (the Freedom Flyer) out for a spin over Lake Powell in Utah.

Each of the crafts spin, dip and dive over and under the water, giving gravity a run for its money.

"The Jetovator is designed for lazy people," Rob Innes, the product's co-creator, said in Devin Supertramp's behind-the-scenes video. "It's simple, safe and easy, but if you want to get crazy… you can go wild."

The Jetovator, the newer and less expensive of the toys costs$6,975, and is a "water sports accessory" that attaches a 40-foot hose to a personal watercraft like a Sea Doo and requires a minimum of 130 horsepower.

Riders mount the craft like it's a pogo stick and can launch up to 30 feet in the air at 25 mph, steering with the handlebars. And while it looks hard to maneuver, the trained operators say "it's relatively easy" to ride one.

The Seabreacher has actually been around for almost a decade and was named one of Time Magazine's Best Inventions of 2006. The submersible craft ranges from $80,000 to $100,000 and is custom-built to look like a robotic love-child of a speedboat and a dolphin (or shark, or killer whale, depending on which model you're looking at). Above water, the watercraft can travel up to 40 mph and jump 20 feet in the air, according to their website. Below the water, it can dive up to six feet deep with underwater speeds of up to 20 mph. 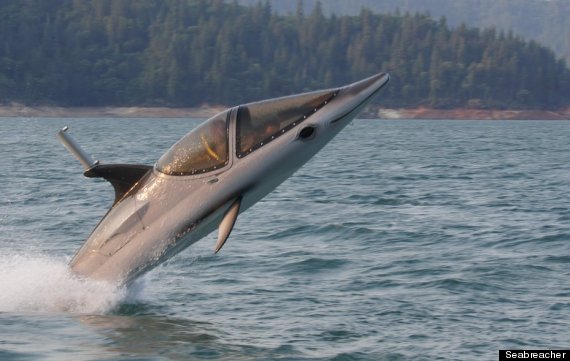 The jet-powered "VW Van," shown below, is actually the Jetovator's Freedom Flyer, a craft specially designed for "wheelchair-bound or disabled veterans that have been wounded in combat while serving our country," as written on their official website. The Freedom Flyer model features hand controls which are similar to those of a conventional wheel chair, allowing pilots to navigate easily from a sitting position. 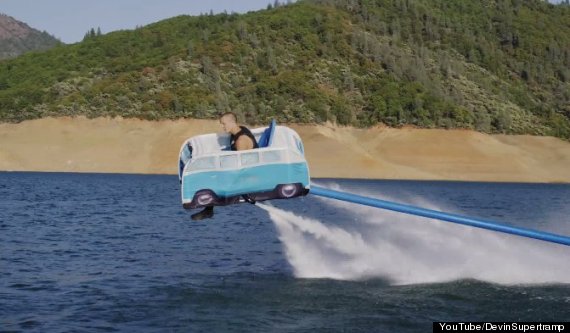 Watch the Freedom Flyer in action below: