Why would a senior rabbi and a Muslim scholar engage in dialogue at this moment in history, at a time when relations between Jews and Muslims have reached dangerous levels of tension around the globe?

Barely a day goes by when we do not read of some incendiary terrorist attack by a Muslim claiming to act in the name of Islam. Sometimes the victims are fellow Muslims, and at other times, the acts of violence are perpetrated against Jews or Christians. Muslims have attacked Jewish supermarkets, museums, synagogues and schools, in part causing more and more Jews to leave France and other European countries, where their roots run deep, for Israel for fear of their safety. These acts are neither sanctioned by Islam nor are motivated by the nobler aspirations of humanity.

How we treat interfaith relations today will have significant implications for our world's future.

The picture for Muslims is equally dire. Across North Africa, the Middle East, in Afghanistan and Pakistan, the Muslim world is in turmoil. Our hearts break when we contemplate the hundreds of schoolgirls kidnapped by Boko Haram in Africa and the nearly 150 -- mostly children -- killed at the Army Public School in Peshawar. Equally shocking is the frequent news of violence against Christians or other minorities in countries like Egypt and Pakistan. Muslim on Muslim violence is reaching new heights, with sectarian, tribal and political conflicts tearing the Muslim world apart. In the vacuum of authority, militant groups like the self-proclaimed Islamic State appear to rampage almost unchecked.

The Middle East continues to be a powder keg for Jewish-Muslim relations, as the Israeli-Palestinian conflict continues to simmer, with knifings of innocent civilians the preferred means of attack du jour. With little hope of resolution, tensions are reaching a boiling point. It is in the interest not only of Jews and Muslims, but also the world at large to find a peaceful and just solution as soon as possible. The Syrian conflict also drags on with no solution in sight. Perhaps partially in response to these acts and the headlines, coupled with a lack of understanding of Islam and its internal divisions, and not knowing how to respond, Islamophobia is reaching a fevered pitch in European and American politics. There is open talk of monitoring Muslim neighborhoods, "interning" the community and banning all Muslim entry to the United States.

It is with all this as a backdrop that we believe it is especially important, precisely when our faith communities are at the tipping point, to join together and reach out to each other. 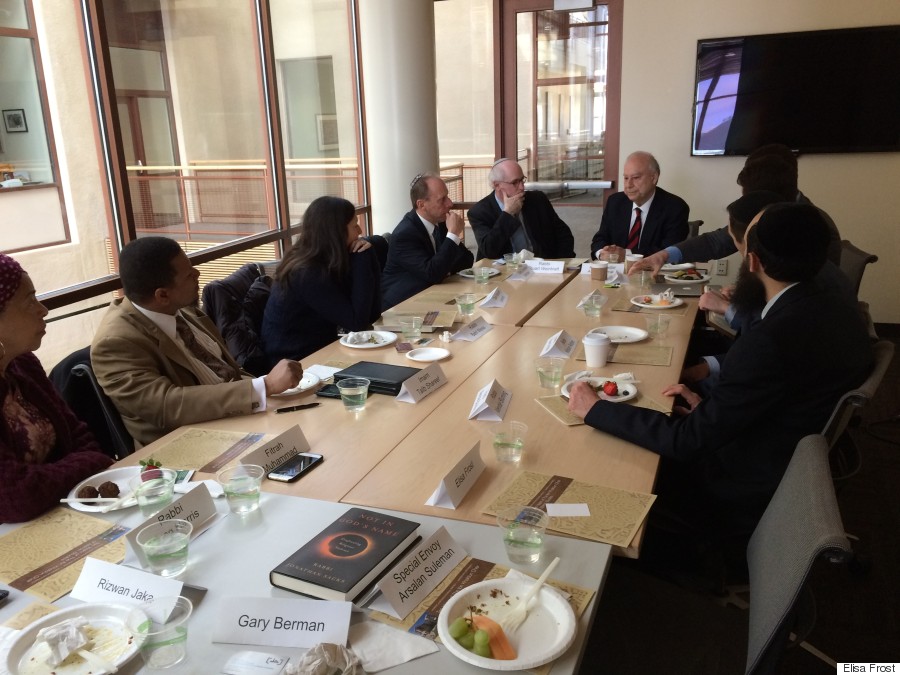 As our experiences here in the Washington region and abroad demonstrate, interfaith dialogue at all levels can have a huge impact. Recently at American University in Washington, we co-chaired a Jewish-Muslim dialogue luncheon featuring six of the region's top rabbis and several leading Muslim figures from the area, including Acting U.S. Special Envoy to the Organization of Islamic Cooperation Arsalan Suleman. Each community was represented by a diverse array of voices and perspectives, and this off-the-record session gave everyone an opportunity to explore their questions and perceptions about the other faith. Many entered the meeting skeptical of engaging the other community, and disagreements emerged which had to be settled, but by the end, participants expressed a strong commitment to remain in touch and contribute to interfaith initiatives in each other's houses of worship. Interfaith dialogue in fact builds bridges.

Consider this dialogue luncheon in the broader American context. In American politics, we are witnessing a startling escalation of religious, ethnic and racial discrimination and divisiveness that is quickly racing down a slippery slope. Many of the tensions are fed by misimpressions and emerge because each side does not know or encounter the other.

Before our civilization goes over the brink, we must stop, step back and address these fundamental questions of humanity.

In the current presidential campaign, first, Mexicans were targeted as being rapists and drug lords, then Muslims were targeted for being terrorists. As if anti-minority sentiments could not get stronger, recently, supporters of leading Republican candidate Donald Trump have even been heard telling Black Lives Matter protesters to "go back to Africa." Something must be done to counter this dangerous rhetoric.

As we watch the rise of both Islamophobia and anti-Semitism across the U.S. and around the globe, we must all bear in mind the foreboding poetry of German pastor and anti-Nazi dissident Martin Niemöller:

First they came for the Socialists, and I did not speak out --
Because I was not a Socialist.

Then they came for the Jews, and I did not speak out --
Because I was not a Jew.

Then they came for me -- and there was no one left to speak for me.

We are both grandfathers. As such, we have to be thinking not of ourselves and our lives, but rather about our children and grandchildren. What sort of world will they inherit by the end of this century? Will it be a world facing mass warfare, climate catastrophe, crippling inequality and other social disasters? Or will it be a world where all of our faiths can live in harmony with one another and where faith leaders will lead the way so that humanity can come together to solve our greatest global challenges? How we treat interfaith relations today will have significant implications for our world's future. 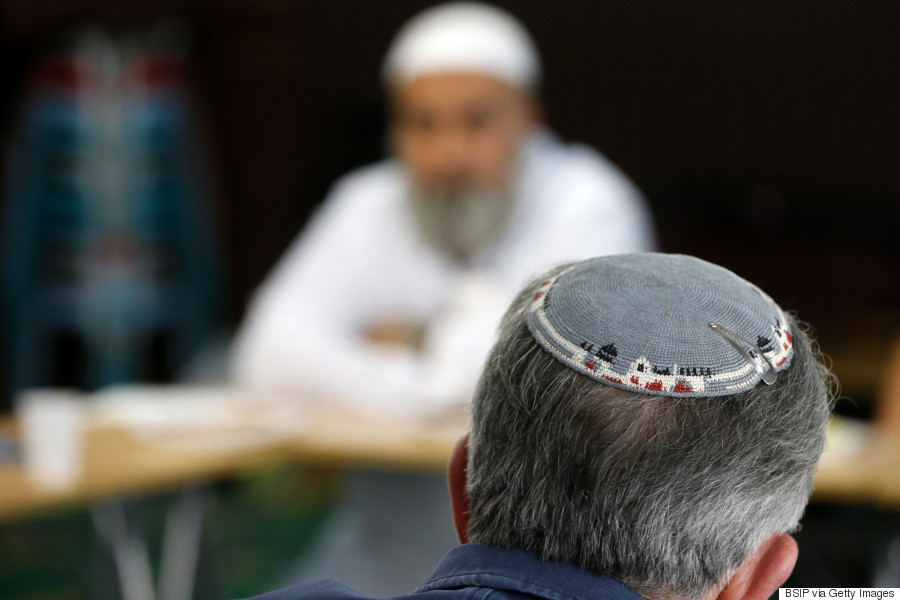 Both of our respective faiths emphasize the importance of compassion and understanding one another. The Quran, for instance, states, "O mankind, indeed we have created you from male and female and made you peoples and tribes that you may know one another" (49:13). And the Jewish tradition emphasizes the duty of tikkun olam -- healing a fractured world. No matter the faith, embrace of the other is a must in God's eyes.

Before our civilization goes over the brink, we must stop, step back and address these fundamental questions of humanity. Simple dialogues such as this are desperately needed and necessary for a peaceful, prosperous future. They are the only way we can begin the process of healing, of teshuvah, of recognizing what changes we each need to make to achieve tikkun olam, a better world.

Journey into America: The Challenge of Islam
by Akbar Ahmed 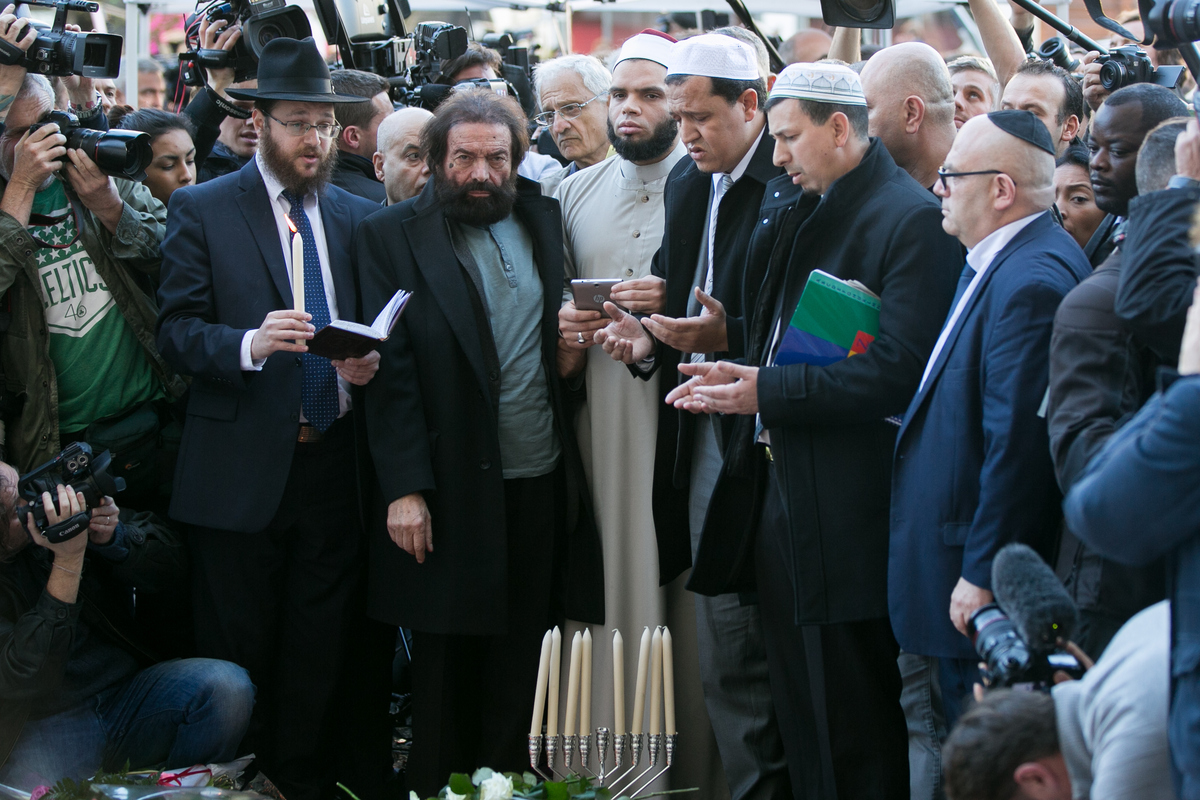