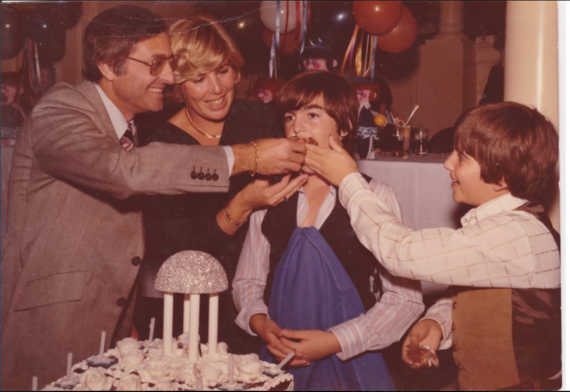 I have a solemn confession to make. In a couple months, I am turning 50. Even as I type this I'm imagining anyone affiliated with my career making a frantic dash for my computer. "You work in television, you can't admit that! Quick, say that you're turning 8. Or that you haven't been born yet." Please. I refuse to believe that show business is that shallow or superficial. If I stop getting hired it won't be because I'm turning 50 this year. It'll be because I wasn't on Friends when I was 30.

Obviously there are parts of aging that are indisputably awful -- declining health, imminent death, having to watch shows where Tom Selleck solves crimes with the help of his mustache. But one that's less obvious is the way age sneaks up on you without you even realizing it.

Apparently, I am now so fucking old, that I didn't realize that still being on AOL means "you're so fucking old." I'll be honest, until a year ago, I had no idea that in today's workplace, receiving your email via AOL is roughly the equivalent of having it handed to you by the town's telegraph operator. Did the world send out notifications in the mail that it wasn't hip anymore? I guess I would have missed it anyway. I was too busy waiting by the mailbox for my free installation discs.

Now that I know, there is no more withering glare on the planet than telling a millennial your email address and ending with the words "aol.com". I could pass out White Supremacist literature at the Purim Carnival and get a friendlier reception. It's that kind of withering glare that says "Sir, Smash Mouth tickets are the next aisle over." That says "Do you mind pumping your Reeboks outside? Preferably while waiting for your Pontiac Aztec to be serviced." Let's face it, they see your lips moving but all they hear coming out of your mouth is the dial-up tone.

It's happening in other ways, too. Some are somewhat obvious, like using Facebook or listening to music where guys play guitar (which is only referred to dismissively by all the music blogs I read as 'dad rock"). I didn't know that no one wears faded Gap baggy jeans anymore until a TV executive asked if I was on my way to a 90's costume party. I'm still the only guy at the beach who hasn't waxed his chest hair. God help me if I was on The Bachelorette.

It's weird. I don't feel 50. Frankly, I still think I'm 18. Probably because I only post #tbts of me from when I was 18. But 50 is actually a long time. Fifty years before I was born, Woodrow Wilson was the President. The Who is celebrating their 50th anniversary this year with a farewell tour. I saw their first farewell tour in 1982 and already thought then that they were the oldest people on the planet.

The truth is, I don't really feel my age until I see other people's response to me. Last month, when the young people at work were dancing, I did what I've always done -- started breakdancing. Now, even as a teenager, I was probably never an empirically "good breakdancer." My hunch is people were grading me on a curve. I was a good breakdancer for a Jewish guy. In a madras shirt. At a debate tournament.

But now, watching others watch the video of my attempted backspin the next day, I realized people no longer were enjoying my dancing because I was good. I've become, without realizing it, the funny fat old uncle at the wedding trying to Whip and Nae Nae, who ends up on YouTube. Best case scenario: I'm Rerun from What's Happening. I'm Rapping Granny. I'm the old lady who rides into a sitcom on a Harley yelling "Cowabunga, let's get some hunks."

Maybe it's this milestone birthday coming up that's made me take stock of my life choices. It could also be that I've taken every BuzzFeed quiz ever, the moment they're posted. In one day this past summer. BuzzFeed told me that I'd chosen the wrong career, college, city and state. On the other hand, it said that if I were a Disney princess, I'd be Pocahontas. So, it's not like they've been wrong yet. 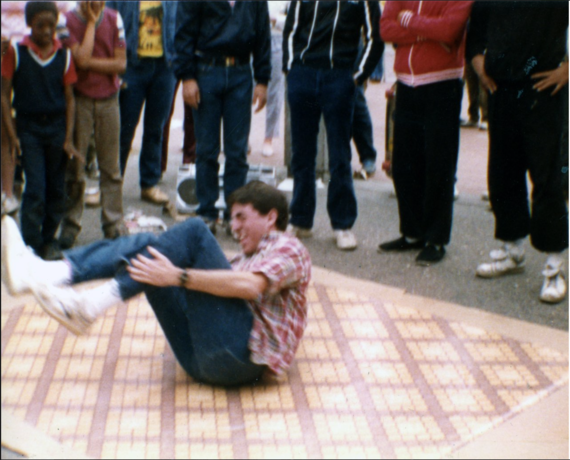 I'm not sure what I expected 50 to feel like. I don't have a gallbladder, yet I still have my hair. But even my haircut probably doesn't help my youth cred, since I still tell my barber "money is no object. Just make me look like Johnny Unitas." Plus I call my Beverly Hills stylist, "my barber." I sleep on a heating pad and I don't have a sports injury. Basic facts that I know are starting to elude me, which only makes me kick myself for not going on Jeopardy when I actually knew things.

I didn't expect to be taking cholesterol medicine. Or a healthy cocktail of anti-depressants. Nor did I expect one of the side effects to be that I often have less feeling below my waist than Lieutenant Dan.

I didn't expect life to so often feel hard. For things to hurt so much. And for the world to always cost just a little more than you have in checking.

On the other hand, I have my health. I have a wife that I (and everyone) can't believe chose ME. I have two kids that are better than me in every way one can be. The exact career I hoped I'd have when I was 8. And it's worth noting again, I have my hair!

I vacillate between feeling like a tremendous success story and an unremitting failure (often within the same sentence). There are days when I can't believe that kid with the Julia lunchbox, who was too shy to speak to anyone, has 14,000 Twitter followers. And other days, I feel like the world's least successful Jew. Like the day, as a dad, that I had to cash in my own bar mitzvah bonds to make rent. I was half-convinced that this was going to trigger a silent alarm in Tel Aviv. I was just thrilled they didn't also make me return the trees.

But even in my 49th year, I've sought to try things I've never tried before. I bought my first wet suit and had my first Twitter beef. Forty-nine seemed like a good age to start performing standup comedy for the first time. I figured I should begin before I needed to bring a nurse on stage with me to blink my jokes to Diving Bell and the Butterfly-style. "A-B-C-D. First word, D."

And I started this blog, as an attempt to get past the fear of writing in my own voice for the first time. And so far, I've got to share my most intimate thoughts about super-fun topics like suicide, schoolyard bullying and looking like Meat Loaf's fatter twin brother.

And just this past week, I was rescued by a lifeguard for the first time. This event was a powerful argument for not boogie boarding at 49 or entering a severe riptide minutes after eating a guacamole burger. Well, at least the rescue didn't take place in front of my entire congregation at my synagogue's Tashlich service. Oh wait, that's exactly what happened. Which was probably God's way of punishing me for eating a guacamole burger while everyone else was praying. But at least I wasn't brought to shore by a 75-year-old lifeguard, with a giant white mustache. Nope, wait, that happened too. As my wife has told everyone i've ever met, I was rescued by the world's oldest living lifeguard. And he was already in the water before I could start pondering my mortality. Up until that moment, I was more concerned about not losing my swim trunks in front of the cantor.

But lately, I have been thinking "bigger thoughts. Or at least bigger than "Shoot, did I forget to tape Homeland." Last year. I was in the hospital for what I was told was a routine procedure. Just as I was being wheeled into the O.R., they say to me "I'm sure your doctor also mentioned we'll be checking to rule out pancreatic cancer." "No. Nobody mentioned that. I think I'd remember THAT." Mind you, it's too late for a Xanax. And then the doctor had to take a call, so for half an hour I sat on the gurney, mind spinning out of control, wondering "is this how it ends?" That's a question that I'd never really asked myself before. All I could focus on was what I would miss from my children's lives. When I woke up, the news was good. Until a day later, my liver started to fail and I spent three months, jaundiced in bed, faced again with the question "is this how it ends?" Again, it turned out fine. But it made me keenly aware that no one knows how much time we get in this life. The only thing I know for sure is that the first 50 are already in the books.

Maybe I'm still a little woozy and introspective from Yom Kippur fasting. But I'd love to live my post-50 life free of fear. To no longer be governed by the wounds of the past. So many of my dear friends didn't make it to this age, including, I think, eight guys from my high school graduating class. So rather than be rueful about turning 50, it's just the opposite. I feel like I'm playing with the house's money. And it's time to start doubling down.

Over the past few weeks, my kids wanted to know why it mattered to me that they come to services. And I was too emotional to tell them the real reason: We don't know how many more High Holidays we get to share together. Nothing is promised. Nothing is guaranteed. Twenty if I'm lucky. Thirty if I'm really lucky. Like I said, I don't feel 50. But my body probably does. So I'm gonna keep boogie boarding. I'm going to keep breakdancing at weddings, at least until I need a hip replacement. And I'm going to keep tormenting my co-workers with daily sounds of "you've got mail." Because I'm turning 50 one way or the other. And I've finally reached a point where I don't care who knows it.