The first time I asked my mother if she'd top our Thanksgiving sweet potatoes with marshmallows as a kid, she just looked at me and said, "Jews don't cook with marshmallows." And that was that.

It wasn't a matter of kashrut -- the gelatin-filled ingredient was simply not in our Ashkenazi Jewish cooking vocabulary. Since then, I've come to realize that there are just foods that Jewish people tend to avoid in certain circumstances.*

1. Marshmallows To spare you all the incomparable evil eye my mother would give at the suggestion of bringing marshmallows into her kitchen, I'll just say that I've never ever seen marshmallows on a Jewish dinner table. (Important: In no way am I saying s'mores are anything but amazing.)

2. Mayonnaise Milton Berle supposedly once joked, "Anytime somebody orders a corned beef sandwich on white bread with mayonnaise, somewhere in the world, a Jew dies." Though I personally have a hatred for mayonnaise, I realize that it's okay to add it to cole slaw, tuna salad, potato salad and the like. But, under no circumstances are card-carrying Jews allowed to desecrate a deli sandwich with mayonnaise. To provide some perspective, Katz's Deli in New York even tells customers to "ask for mayo at your own peril."

3. White Bread Berle was onto something when he vetoed white bread, too. No, I'm not talking about challah, possibly the greatest bread of all time -- I'm talking about sliced white sandwich bread (think: Wonder Bread). I can honestly say that I'd be embarrassed to order a pastrami or tongue sandwich on anything but rye bread.

4. Yellow Mustard Not to get nit-picky with condiments, but yellow mustard is just not acceptable. The only appropriate deli sandwich condiment is spicy brown mustard. Why? As my yeshiva-schooled mother would say, "Because I said so."

5. Spam To be honest, I've never touched the stuff. Why would I? Between gefilte fish and chopped liver, I'm pretty sure Jews have enough questionable protein in their diets without Spam.

6. Supermarket Bagels It's common knowledge that bagels are one of the pillars of Jewish cuisine -- real bagels, that is. If you're not in/near New York, you probably have a go-to bagel place, maybe one that claims to ship water from New York (it's a thing). Fine. Just never stoop so low as to purchase those preservative-filled bread cylinders that purport to be bagels. Repeat after me: Real bagels need to be frozen after day one.

7. Sweet Pickles As the Jewish version of the bread basket, pickles can start off your meal on a crisp, refreshing foot. Just make sure that they're either sour or half-sour, none of this sweet pickle nonsense. Extra points if you like those spicier canned ones.

*Of course, these are all based upon my dining experiences. I can't speak for every Ashkenazi Jew, and I certainly can't speak for Sephardic Jews. Feel free to take it all with a grain of (kosher) salt. 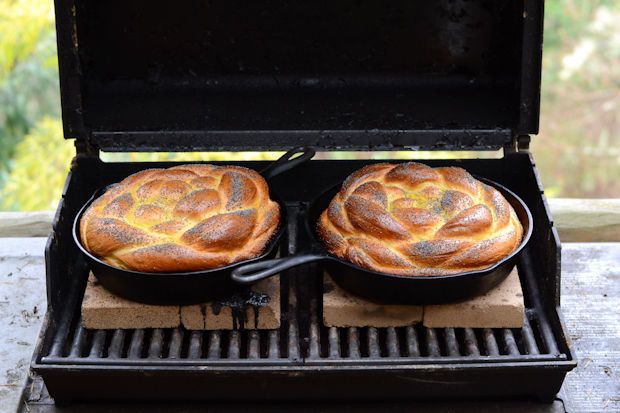