I don't believe in Santa Claus. I used to when I was a little kid, then my Mom told me that Santa didn't come to our house because we were Jewish. Eventually with the help of some Hanukkah presents, I got over this loss and I soon after outgrew believing in Santa. Around that same time, I also believed that God was an old man, with a big white turban, a long white beard and sat on a flying carpet in the sky. I also outgrew believing this fantasy, and for many years afterwards, when it came to God I was an agnostic, meaning I was on the fence. I didn't know either way whether or not God existed, I didn't have faith in Gods existence, nor did I deny it, I just didn't know.

During a visit to Israel in 1998, I discovered a Judaism very different than the one I grew up with. A Judaism that was a wisdom tradition, a spiritual path to awaken people their highest selves. I also came to have faith in God, but not the childish god-concept I had growing up. In fact, the God atheists don't believe in, I don't believe in either. So what do I mean when I say "God"?

I can't tell you, because its not something I can put into words. The word "water" doesn't make you wet, but you know what it's referring to. This is not the case with the word "God." Rav Abraham Issac Kook, the first Chief Rabbi of Palestine, a visionary and philosopher writes:

"All the divine names, whether in Hebrew or any language, give us only a tiny and dull spark of the hidden light to which the soul aspires when it utters the word "God." Every definition of God brings about heresy, every definition is spiritual idolatry; even attributing to Him intellect and will, even the term divine, the term God, suffers from the limitation of definition."

God is beyond any concept. God is beyond even the concept of beyond. Both the terms God and Goddess have nothing to do with "God." Thus, it would be wise to say that anything I write about God will be a metaphor, an approximation of something I can't actually describe. Having stated that, what I hope to share with you are some of the fundamental Jewish ideas and teachings about God, the most important being that "God is One."

First, a bit about Rav Kook and atheism. Rav Kook, who lived in Eretz Yisrael (the Land of Israel) under the British Mandate, was known for being universal, out of the box, and able to befriend and dialogue with people holding seemingly opposite ideologies from him, including the secular Zionists who were proud atheists. Rav Kook actually believed that the phenomenon of atheism was the hand of God influencing history because religious practice had fallen to a state where too many people had blind faith in a deity that did not exist. He writes:

"Since the thoughts concerning God in their basic elements are unclear, God being, as conceived by the multitude and even by individuals who should be their leaders, is that of a ruthless power from which there is no escape and to whom one must necessarily be subservient. ... No grandeur of God is then manifest in the soul, but only the lowliness of wild imaginings, that conjure up a form of some deceptive, vague angry deity that is dissociated from reality. It confuses everyone who believes in it, depresses his spirit, blunts his feelings, inhibits the assertion of his sensibilities, and uproots the Divine glory in his soul. ... atheism arises as a pained outcry to liberate man from this narrow and alien pit, to raise him from the darkness ... To uproot the dross that separates man from the truly divine light, and in the ruins wrought by atheism will the higher knowledge of God erect her Temple."

So if atheism came to smash the idols of false conceptions of God, what is this "higher knowledge" of God that Rav Kook is talking about? Rabbi David Aaron, on of my first teachers of Torah and Kabbalah, teaches that Judaism is not a religion that believes in one God, but that God is ONE. What does this mean? When I look around with my physical eyes I don't see God. I see trees, cars, the sky, shopping malls, but I dont see God. My experience of life is of duality, of separation, a world of contrast, of opposites, good and evil, life and death, us and them, pain and pleasure. I am a self, separate from the world, a small finite time-bound being living out my cycle of birth, life and death, surrounded by a multitude of other beings and things that are not me, and that are also destined to pass away.

Knowledge of God (called the experience of d'vekut, which means "bonding" or "unifying" in Jewish thought) reveals to me that I and everything else in this temporary world of multiplicity and separation is One with God. It is seeing but not with my eyes and knowing but through my mind, that duality is not the fundamental truth of existence. That the Infinite and Eternal One is giving birth to creation every single second, and that the flow of history is Divine intelligence unfolding through time. It's seeing what the kabbalists teach as "Ain Od Milvado" (אין עוד מלבדו), which translated means, "There is nothing more than Him." Judaism teaches that although God transcends creation, everything in creation is sourced in God, is One. 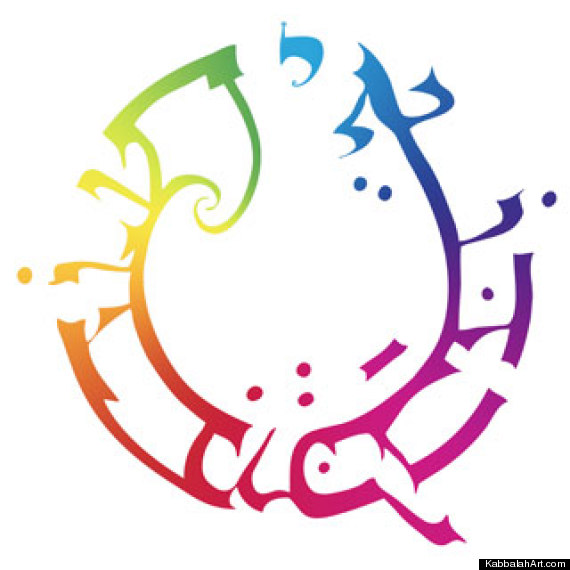 This higher knowledge of God is reflected in the Hebrew names of God. The name of God most used in Hebrew (the Hebrew of Jewish sacred texts is known as Loshon Kodesh, which means the "Holy Speech" because it is a God-centered language) to refer to the Divine is Hashem. Translated, "Hashem" means "The Name" because it refers to one of the most sacred names of God in the Torah. This name is composed of the four letters (read from right to left) ה (Heh) - ו (Vav) - ה (Heh) - י (Yud) and is known in English as the Tetragrammaton, which means the "four-letter name." This name is not spoken, its pronunciation has been lost to known history. Thousands of years ago, it was pronounced during Yom Kippur by the High Priest when he stood in the Holy of Holies, home of the Ark of the Covenant inside the Holy Temple of Jerusalem. Hashem is the name God revealed to Moses after Moses asked whom he should tell the Israelites sent him, and Hashem answered tell them "I will be what I will Be."

This answer, which is a name, implies that God transcends time. A common question people ask is if God made everything then what made God? Then what made whatever made God? Then what made that, ad infinitum. Inherent in this question is the idea of causality, that A causes B, which causes C, like dominoes falling in a line, like time flowing from the past into the present into future. God was, God is and God will be. This concept is contained in the letters of Hashem's name, which is a composite of the past present and future tenses of the verb "to be": God was (היה), God is (הווה), and God will be (יהיה). Everytime the name Hashem is used in the Torah or spoken, it is invoking and evoking that God is infinite, and beyond beginning middle and end.

God cannot be grasped through our mind because our mind is time-bound. There is a story about a man who is found by his neighbor looking for something under a streetlamp. When his neighbor asks him what he is looking for, the man replies his keys. The neighbor then asks him where he lost them and the man replies in his house. Upon being asked by his neighbor why the man is looking for his keys under a streetlamp outside, if his keys are in his house, the man answers because there is light under the lamp and his house is dark.

This story is a great metaphor to describe the folly of searching for God with our minds. The intellect is an incredibly powerful tool. Through the power of our cerebral cortex humanity has developed the scientific method, discovered the laws of nature, put a man on the moon, ushered in the digital age and given us almost God-like powers. We are so used to using our minds to look for answers, but in searching for God, the "streetlamp" is our intellect, and the "keys" are God. No matter how much we look with our intellect and its tools, God cannot be found, and the fact that God cannot be found with a microscope or telescope does not prove that God does not exist. The absence of evidence is not evidence of absence.

So how does a time-bound being awaken to that which is timeless? The Tikkunei Zohar, a classic of Jewish mysticism, states, "No thought can grasp him." Higher knowledge of God does not require that a person discard reason, but simply be open to the possibility that there are ways of knowing that are trans-rational. The God atheists deny is a man-made construct whose origin is in the human mind. Hashem, also known in kabbalistic terms as the "Endless Light," cannot be grasped or conceived of by the human mind but can be apprehended through transcending the mind. Torah is the Jewish spiritual path, a set of practices to awaken to this transcendent knowledge of God. When this awakening happens we behold, that we are not alone, that there is nothing to fear and that our true source is Hashem.

May Hashem bless us with d'vekut, to see through the prison of our finite minds, and to recognize that we are all a spark of the Infinite One.

Special thanks to the Tzfat Gallery of Mystical Art for the blog art.