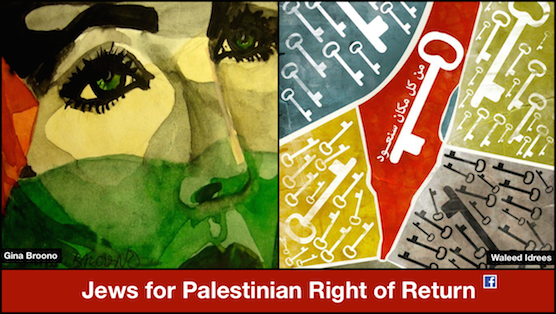 On July 12, 2014, Gaza civil society issued an urgent appeal for solidarity, asking: "How many of our lives are dispensable enough until the world takes action? How much of our blood is sufficient?"

As Jews of conscience, we answer by unequivocally condemning Israel's ongoing massacre in Gaza, whose victims include hundreds of civilians, children, entire families, the elderly, and the disabled. This latest toll adds to the thousands Israel has killed and maimed since its supposed withdrawal from the Gaza Strip in 2005.

In response to this crisis, we urgently reaffirm our support for a ban on all military and other aid to Israel.

In 1967, Dr. Martin Luther King Jr. opposed the Vietnam War with his famous declaration: "For the sake of the hundreds of thousands trembling under our violence, I cannot be silent." Today, *we* cannot be silent as the "Jewish state" -- armed to the teeth by the U.S. and its allies -- wages yet another brutal war on the Palestinian people. Apartheid Israel does not speak for us, and we stand with Gaza as we stand with all of Palestine. In the face of incessant pro-Israel propaganda, we heed Malcolm X's warning: "If you're not careful, the newspapers will have you hating the people who are being oppressed, and loving the people who are doing the oppressing." For Israel's relentless war on Gaza is no more an act of "self-defense" than such infamous massacres as Wounded Knee (1890), Guernica (1937), the Warsaw Ghetto (1942), Deir Yassin (1948), My Lai (1968), Soweto (1976), Sabra and Shatila (1982), or Lebanon (2006). Rather, it is but the latest chapter in more than a century of Zionist colonialism, dispossession, ethnic cleaning, racism, and genocide -- including Israel's very establishment through the uprooting and displacement of over 750,000 Palestinians during the 1947-1948 Nakba. Indeed, eighty percent of the 1.8 million people sealed into Gaza are refugees. Like any colonial regime, Israel uses resistance to such policies as an excuse to terrorize and collectively punish the indigenous population for its very existence. But scattered rockets, fired from Gaza into land stolen from Palestinians in the first place, are merely a response to this systemic injustice.

To confront the root cause of this violence, we call for the complete dismantling of Israel's apartheid regime, throughout historic Palestine -- from the River to the Sea. With that in mind, we embrace the 2005 Palestinian call for Boycott, Divestment and Sanctions (BDS) campaign, which demands: * An end to Israeli military occupation of the 1967 territories * Full equality for Palestinian citizens of Israel * Right of return for Palestinian refugees, as affirmed by UN resolution 194

Noa Abend, Boycott From Within

Lenni Brenner, Author, Zionism In The Age Of The Dictators

Malkah B. Feldman, Jewish Voice for Peace and recent delegate to Palestine with American Jews For A Just Peace

Sima Kahn, MD; President of the board, Kadima Reconstructionist Community

Mike Marqusee, Author, If I Am Not for Myself: Journey of an Anti-Zionist Jew

Lillian Rosengarten, Author, From The Shadows Of Nazi Germany To The Jewish Boat To Gaza

Cheryl A. Rubenberg, Middle East Scholar; Editor, Encyclopedia of the Israeli-Palestinian Conflict; Author, The Palestinians in Search of a Just Peace

Tali Shapiro, Boycott from Within; Israel

Judith Weisman, Independent Jewish Voices; Not in Our Name (NION); Toronto ON

Dave Zirin, Author, Game Over: How Politics Have Turned the Sports World Upside Down

Jews For Palestinian Right of Return on Facebook: http://tinyurl.com/jfpror