WASHINGTON ― The National Archives released nearly all the remaining long-classified documents concerning the assassination of President John F. Kennedy, which has perennially spawned a litany of conspiracy theories.

President Donald Trump ordered the release of 2,800 documents on Thursday, the White House said in a call with reporters that afternoon. The release of a number of other documents with redactions will be postponed for 180 days to allow for further review, despite a decades-old law establishing this day as a deadline for the release of all remaining documents.

“The American public expects ― and deserves ― its Government to provide as much access as possible to the President John F. Kennedy Assassination Records ... so that the people may finally be fully informed about all aspects of this pivotal event,” Trump said in his presidential memorandum mandating the documents’ release. “Therefore, I am ordering today that the veil finally be lifted.”

But it appears Trump in the end gave in to pressure from the national security agencies to keep a number of documents under wraps.

The document release appeared to hit a snag on Thursday afternoon, as intelligence agencies were still deciding which details to keep redacted, according to NBC News. The delay meant that only some of the documents could be released to meet the deadline.

The “vast majority” of the redactions in the blocked documents were made by the FBI and CIA, which cited national security reasons in their requests, according to a White House spokeswoman.

The documents were expected to focus on Kennedy’s assassin, Lee Harvey Oswald, and his exploits in Mexico City two months before he shot the president in Dallas on Nov. 22, 1963, according to USA Today.

According to the archives, “much of what will be released will be tangential to the assassination events.”

The files were released under a law spurred by a popular 1992 movie directed by Oliver Stone, “JFK,” which suggested a U.S. government conspiracy was behind Kennedy’s killing. The JFK Assassination Records Collection Act mandated that the last of the documents on the assassination be released exactly 25 years after the law was enacted on Oct. 26, 1992.

Each assassination record shall be publicly disclosed in full, and available in the Collection no later than the date that is 25 years after the date of the enactment of this Act, unless the President certifies, as required by this Act, that –

(i) continued postponement is made necessary by an identifiable harm to military defense, intelligence operations, law enforcement or conduct of foreign relations; and

(ii) the identifiable harm is of such gravity that it outweighs the public interest in disclosure.

President Donald Trump had promised on Saturday that he would permit “the long blocked and classified JFK FILES to be opened.” As president, he had the authority to withhold their release for national security reasons.

Subject to the receipt of further information, I will be allowing, as President, the long blocked and classified JFK FILES to be opened.

On Wednesday, Trump once again teased the release, calling the impending event “so interesting!”

The long anticipated release of the #JFKFiles will take place tomorrow. So interesting!

In one of the many controversies sparked by Trump during his presidential campaign, he linked Rafael Cruz ― the father of his GOP primary opponent, Sen. Ted Cruz (R-Texas) ― to Oswald.

Several people on Twitter noted the irony of the conspiracy-laden documents being released by Trump, who has pushed a number of conspiracy theories himself over the years ― including the notorious “birther” speculation that former President Barack Obama was born outside the United States. 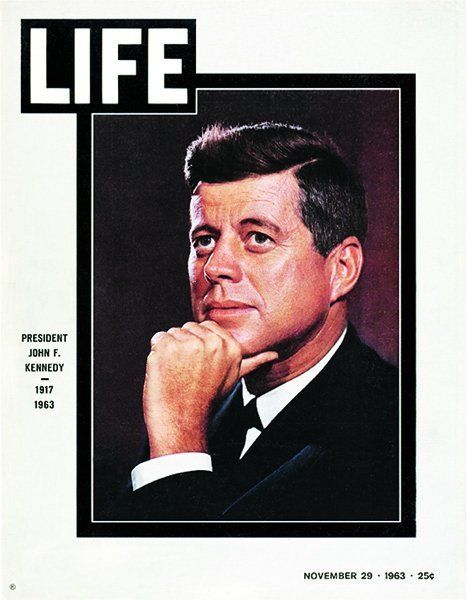