NEW YORK -- A terminal at New York City's JFK Airport has been evacuated due to a bomb scare that turned out to be a false alarm.

A Port Authority spokesman says 250 to 300 passengers were evacuated from Terminal 1 at the airport at about 6 p.m. Sunday.

The evacuation happened after an anonymous phone caller said there was a bomb at the airport, and at the same time someone else reported an unattended bag.

Port Authority spokesman John Kelly says police checked the bag and it was not a bomb. He says passengers will be allowed back into the terminal soon.

JFK's Terminal 1 was evacuated Sunday after authorities received a bomb threat and also noticed an unattended bag in the terminal, reports CNN.

Twitpic user RichEuro posted a photo allegedly showing the scene outside the terminal. A twitter account by the same name was set to private. 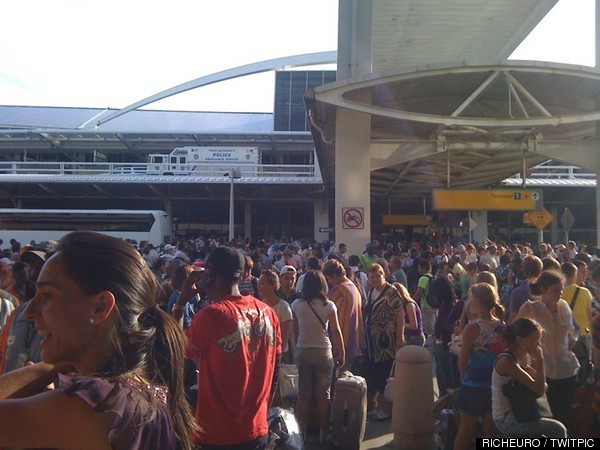