A Los Angeles pomeranian named Jiff has reason to be dog tired: When he strolls around on all four paws, he's a just a regular pooch.

But when he gets up on his hind legs, he's a speed demon. The same goes for when little Jiff balances on his front legs.

That's according to Guinness World Records, which has officially honored the 4-year-old canine as the fastest dog around on two legs.

Sure, he has millions of fans on social media and starred in Katy Perry's "Dark Horse" music video., but now Jiff has a real reason to wag his tail. 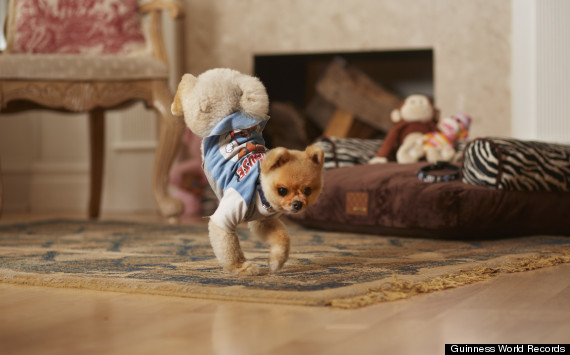 “When Jiff first walked into our offices, we weren’t even sure he was real! He looks like a living, breathing cuddly toy. He might be tiny but he’s got a huge personality, and his wealth of talents can’t be doubted," Guinness World Records editor Craig Glenday said in a press release.

To make his run into the record book, Jiff ran 10 meters on his hind legs in 6.56 seconds and five meters on his front paws in just 7.76 seconds.

But running on two legs is only one of Jiff's talents. He shakes hands, bows, rides a skateboard and even stamps his own autograph. 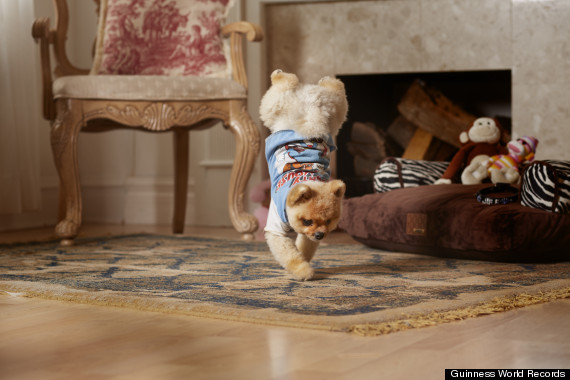 As a result, Jiff will be featured in the 60th anniversary edition of Guinness World Records that comes out next month.

Jiff's owners are remaining anonymous in order to keep the focus on their Pomeranian celebrity. 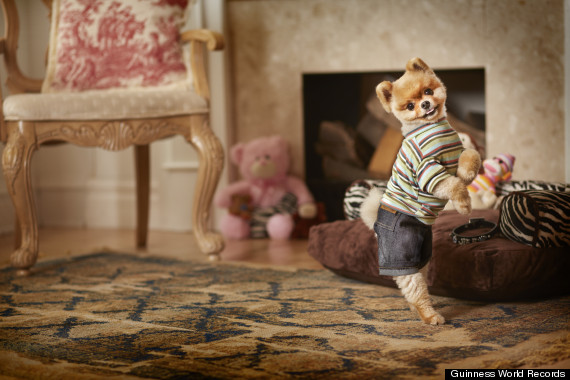