The infant son of a BBC journalist was killed by an Israeli air strike on Gaza on Wednesday night.

The BBC said that Jihad Misharawi, who works for the BBC Arabic service, lost his 11-month son Omar after their house was hit by shrapnel. Misharawi's brother was also injured.

Violence in Gaza has intensified after Israel killed the military chief of Hamas on Wednesday. Omar was one of at least 15 Palestinians killed. Three Israelis have also died from rocket attacks.

Pictures of Misharawi holding Omar were splashed across front pages like the Washington Post's on Thursday: 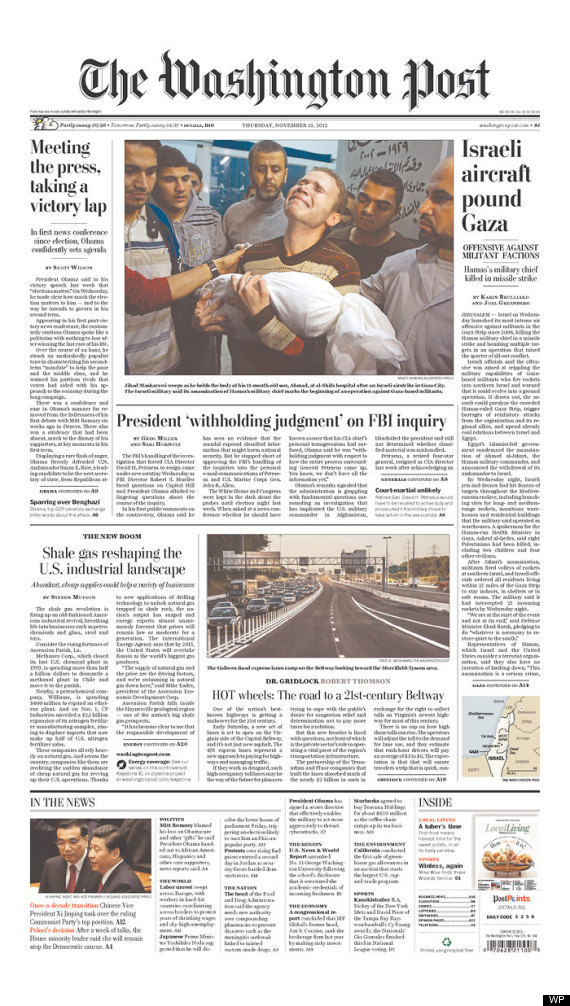 Misharawi spoke to a fellow BBC journalist while surrounded by a crowd of people.

"What did my son do to die like this?" he said. "What was his mistake? He is ten or eleven months old. What did he do?"

In a statement, the BBC said, ""Our thoughts are with Jihad and the rest of the team in Gaza. This is a particularly difficult moment for the whole bureau in Gaza. We're fortunate to have such a committed and courageous team there. It's a sobering reminder of the challenges facing many of our colleagues."