July marked 15 years since the release of Jill Scott's debut album, “Who Is Jill Scott? Words and Sounds Vol. 1.” The longevity of her career is, in today's music industry, a true testament to her talent. During a recent interview with The Huffington Post, the Philadelphia native explained how she has stayed relevant through the years. Not surprisingly, she chalks it up to not “oversaturating the music business.”

“I think it has something to do with branching out to other areas of creativity and doing my best at those things as well,” she said. “I know I love and appreciate what I do, but I know there’s more to me than this [music]. And I enjoy this whole heartedly, but I have to feed this monster. I think that’s what kept me around so long. And it still feels so good to me to be on stage, and to be vulnerable and open, and strong, and exposed and passionate. So I make sure that I don’t get burnt out. I don’t need that or want it.” Since launching her music career, Scott has gone on to star in various televison and movie roles including Tyler Perry's "Why Did I Get Married" and "Law & Order: Special Victims Unit."

Like so many other female entertainers, Scott noted that she's faced the pressures of body image, which is something she's increasingly grown used to over the course of her career.

“I’ve enjoyed my shares of ‘woo-hoos’ on the street. I’ve enjoyed the company that I’ve kept, and I think I’ve learned over the years that it’s more important to be comfortable with yourself than whatever anybody else has to say,” she said. “It can be a challenge when you don’t look like anybody on the magazine cover. It can feel alienating, but every woman in my opinion has their own power.”

“I’ve seen women -- where someone else would describe as a ‘stick figure’ – carry more grace and be more sexy in her simple elegance than a full figured, curvy girl,” she continued. “I’ve seen curvy girls that cower in their skin. And it’s really about accepting of one’s self. Men are drawn to confidence. People are drawn to confidence.  So I believe whole-heartedly, it’s about how you carry yourself.”

According to Billboard, the Grammy Award winner is set to land her second consecutive number one album, as her latest release “Woman” is expected to land on top of the Billboard 200 chart for the week ending July 30. 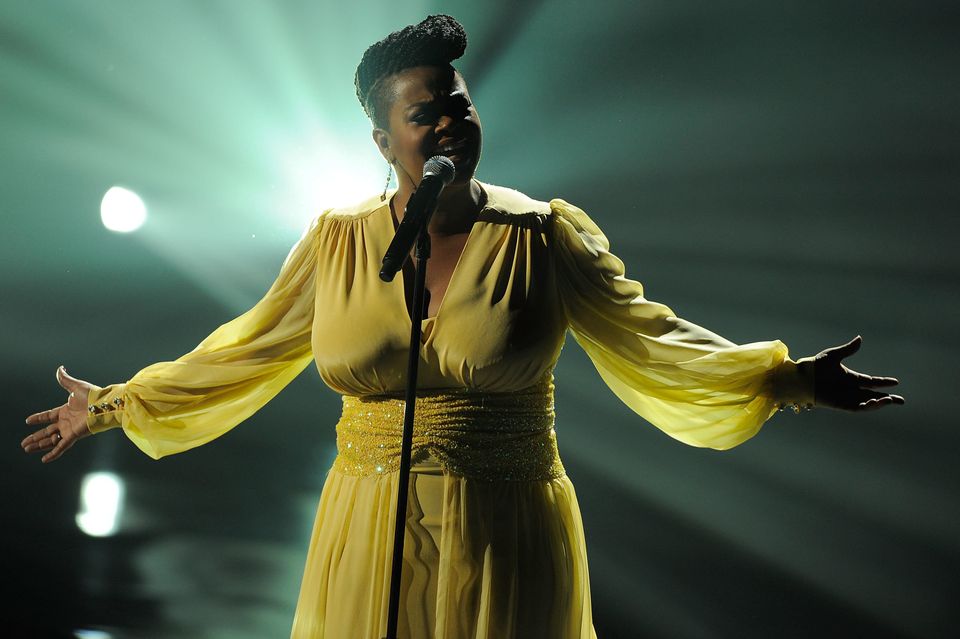