Warning: This post contains a lot of nudity and is probably not appropriate for most work environments.

It's only a matter of time before Googling artist Jillian Mayer will lead to a seemingly endless stream of nude selfies -- 400 of them to be exact. It's part of the artist's newest work, entitled "400 Nudes," an experiment in identity, authenticity and sexuality in the internet age. The piece is currently on view at the Musée d'art contemporain de Montréal, as well as on 400nudes.com. And, as you may suspect, it's all very NSFW.

"A lot of my previous work dealt with identity and existence, online and in the physical world," Mayer explained in an interview with The Huffington Post. "I've been thinking a lot about selfies and I'd previously worked on this project with Tyler Madsen and Erik Carter, the selfeed.com website [a feed of strangers' online selfies]. So I'd been inundated with watching endless hours of selfeed and every now and then you see a nude come up. We're all familiar with nude selfies."

This much is true. From August's massive celebrity nude hack to the Snapchat leak earlier this month, nude selfies have been consistently on the internet's collective brain. "I started doing a lot of reading about them and I found a website giving tips to young girls for taking nude selfies. The tip that I found most interesting was to not show your face. Basically, that you should strip your nude body of its identity and send it to someone you want to sexualize you. I thought that's interesting and funny but also really terrible. Obviously they're trying to protect young girls with this article, but it's also preparing them for the fact that they will be betrayed."

Mayer began thinking about how the nude selfie functions in contemporary culture -- how it's circulated, received and evaluated. "When these girls are taking these nude selfies, it's interesting because they're almost empowered. They're the director, they're the model, the editor and then the delivery vessel. They've created this whole thing and then the minute it's released, it becomes this item of vulnerability." 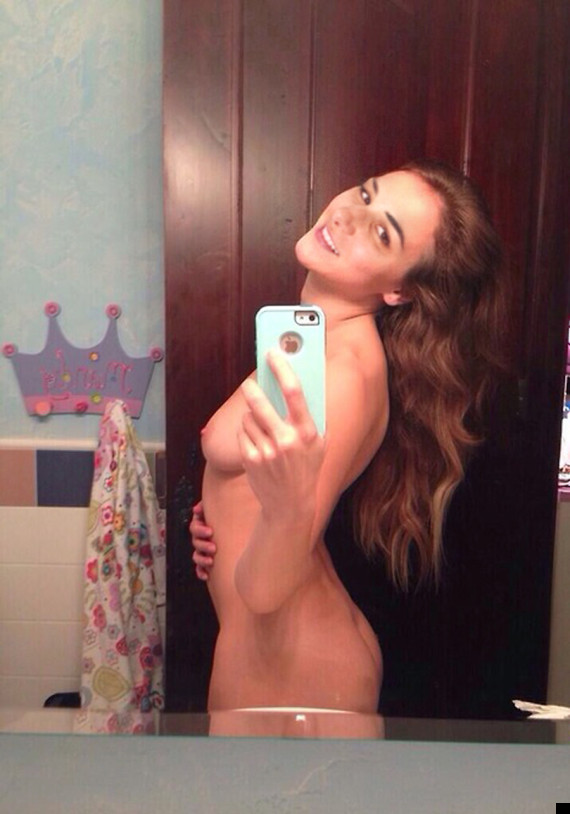 This vulnerability often comes with dangerous consequences. An exposed naked body, and the shame too often latched onto it in today's society, can damage professional connections, personal relationships and family ties. "There are several accounts of young girls committing suicides when their nude selfie would circulate. The shame that goes with it, how we shame people for their naked bodies. It's a really strange thing."

This particular brand of image, so ubiquitous and yet so precarious, served as Mayer's inspiration. "That's when I got the idea to start collecting the images and then replacing my face with the original girls'. I felt like if I could become all of these girls in a way it's like universalizing the nude selfie."

Mayer embarked on an unusual photographing project, simultaneously playing the roles of artist, mad scientist and internet troll. The first step was finding nude selfies, and lots of them. "I was looking for a diverse array of women. I got them from revenge porn websites, Tumblr, Google Images, Reddit. I want these images now to creep back in and mix up with the originals. I have a website, 400nudes.com, that serves as the bank of the images with no art information. These photos can now make their way through the internet and show up when people look for this sort of stuff." 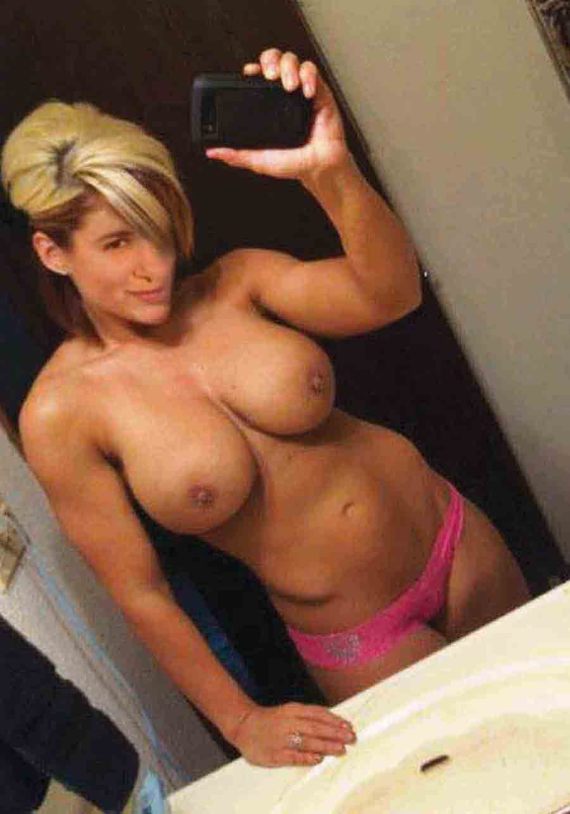 The 400 Nudes website contains no traces of irony or self-awareness. Unless one had prior knowledge of the site's origins, he or she would only see an endless, ordinary stream of women -- some in lingerie or nothing at all -- holding their smart phones before their posed bodies to snap the perfect shot. Only upon closer inspection does one begin to realize all the faces of these undressed strangers look oddly familiar. And while many look acceptably realistic, in a couple cases, the rough juxtaposition of face and body looks nearly Lynchian.

"When I started thinking about the future of online nude self portraiture, it got me thinking: we're telling these people to cut their heads off, to decapitate themselves, because they will be betrayed. In the future this advice could turn into: if you're going to send someone a naked photo of yourself, maybe you should consider sending a bulk of many bodies -- that way the authenticity is already addressed as an issue. Or photoshopping the body in certain ways, distorting the body so it's not actually you. Does authenticity matter in identity? That's what I find most interesting."

Mayer's "400 Nudes" dissects the bizarre properties and effects of the online nude selfie, without supplying any moral or final conclusion. Rather than disparaging (or praising) selfie culture, Mayer reveals the perplexing laws we've built to protect our identities while exposing ourselves.

"Now this will start to affect my Google Image search," Mayer added.

The project is part of La Biennale de Montréal, which runs until Jan. 4, 2015 at Musée d'art contemporain de Montréal and other locations around Montréal.