The bride might have worn white, but it was anything but a day to envy.

Dressed in her wedding gown, a Chinese college student identified only as Miss Li leaned out from a seventh-story apartment window in China's Jilin province after her fiancé wed another woman, MSNBC is reporting. Miss Li, 22, had threatened to take her life after her boyfriend of four years broke up with her just before the big day, but she was grabbed by waiting rescuers before she could jump from the ledge, which reportedly stands 80 feet above the ground.

Local community officer Guo Zhongfan, who assisted in the rescue, was modest about his efforts. "I did what anyone would have done," he told Reuters. Though she did not sustain any injuries in the incident, Miss Li was taken to a hospital.

A dramatic shot of the rescue: 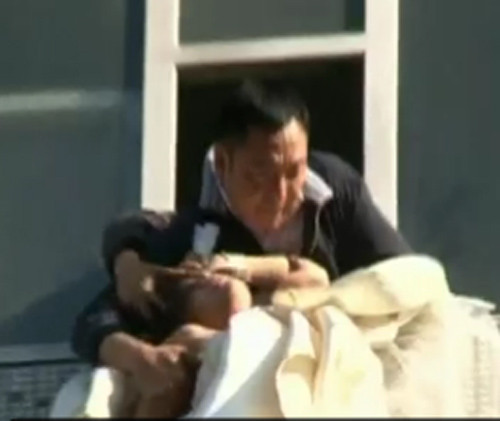