Friday afternoon Carrey tweeted a series of thoughts on Tiger Woods and wife Elin, whom Carrey asserts must have known about the infidelity.

I made a Tiger joke today, but after listening 2 Payne's speech I think it's time we checked our collective EGO and let the guy play! d;^\

If you really wanna see sexual disfunction get 2 know your favorite basketball star! Curling is the only safe sport 4 a married man! d;^'

Tiger Woods owes nothing 2 anyone but himself. 2 please his father he gave up his childhood and his freedom in the world. That's enough!--->

And then he hit out on Elin:

No wife is blind enough to miss that much infidelity. Elin had 2 b a willing participant on the ride 4 whatever reason. kids/lifestyle ;^) 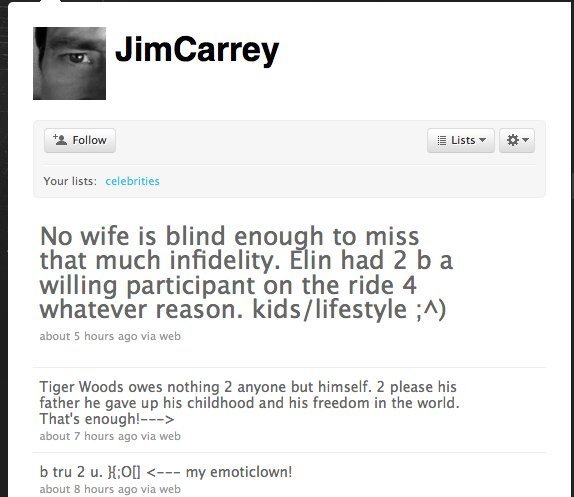