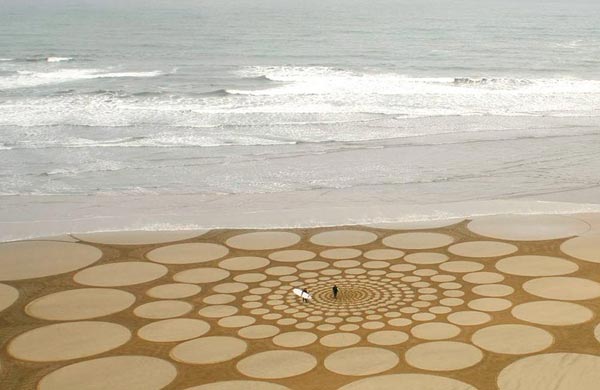 No canvas is too big for Jim Denevan. This Santa Cruz-based artist is known for his massive drawings on beaches, in the desert, and on snow covered landscapes. We recently got a chance to catch up with Denevan to learn more about his work. From San Francisco’s Ocean Beach to Siberia’s Lake Baikal to the dry deserts of Nevada, Denevan has been creating these colossal drawings for 16 years, most of which are drawn using driftwood or rakes. 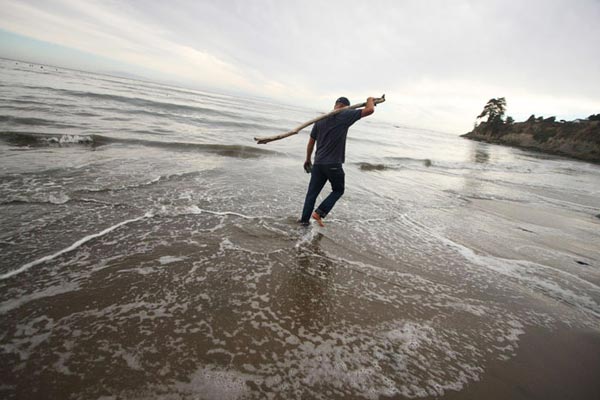 His works are currently on display at New York City’s Museum of Arts and Design as a part of the exhibit “Swept Away: Dust, Ashes and Dirt in Contemporary Art and Design,” running through August 2. This fall, his works will be showcased in a show at the University of California at Davis’ Nelson Gallery. 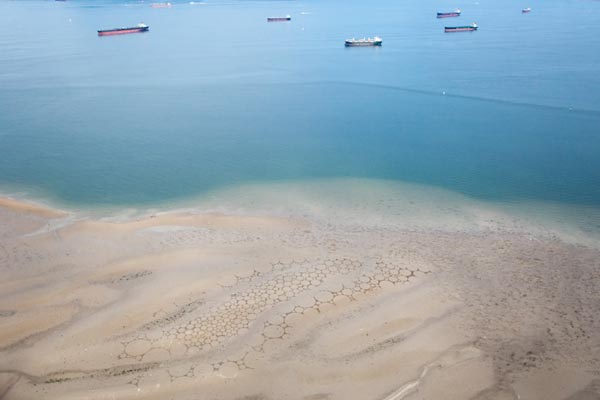 Unlike most large-format artists (like muralists, for example), who start with small sketches as the basis for a work and then scale the image up, Denevan starts big and goes small. His works are originally composed on these oversized, natual canvases and then captured in a smaller format on film. 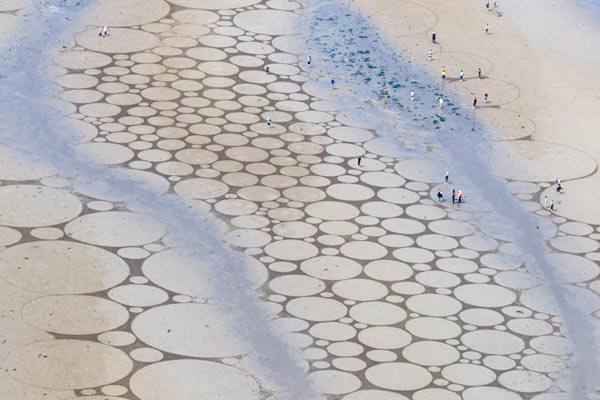 “For beach, there’s a vantage point, there are tall cliffs and a huge area where I can try new things each day,” Denevan says.

Circles are a reoccurring pattern in Denevan’s work. He also creates three-dimensional illusions that change when seen from different distances and perspectives. 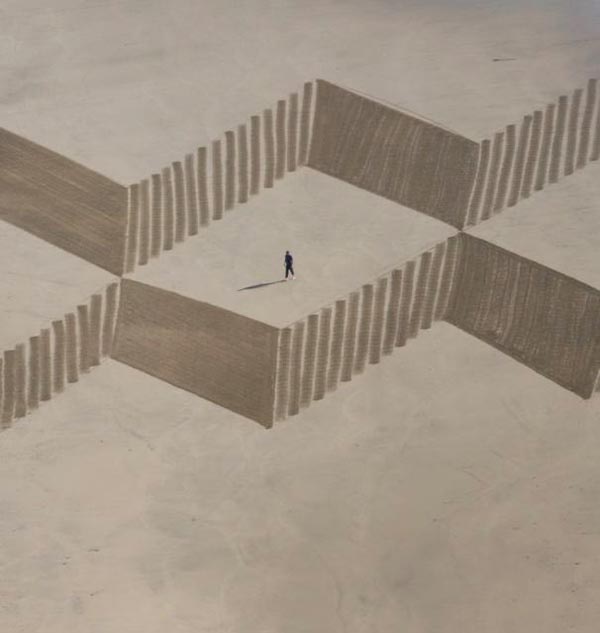 In 2010, he flew with a crew to Siberia and etched a spiral of circles into a frozen lake in what’s been called the world’s largest drawing. The series of circles, based on the Fibonacci sequence, started at an 18-inch diameter and stretched to several miles. 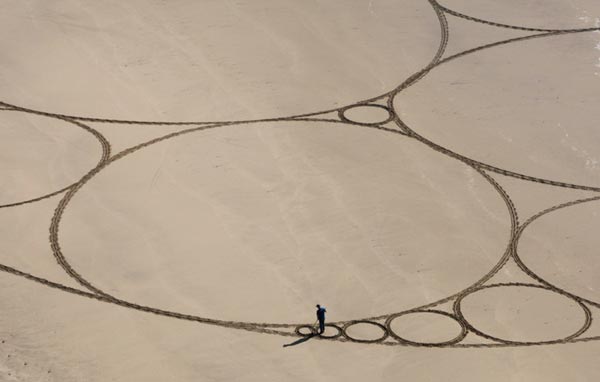 “I can change the drawing in ways to make it pop out,” he says. “It’s using the concept of parallax and depth perception—I’m taking advantage of that.”

The artist’s works also play with the concept of permanence. Every creation he makes is temporary, eventually succumbing to time, water, or weather.

“I think the temporary aspect is important—it makes me think of dancers or musicians,” he says. “It’s interesting to me to compose something that fits in the surrounding area—I have to think about when the tide comes in and how much time I have. The limitations are part of what determines what I do.” 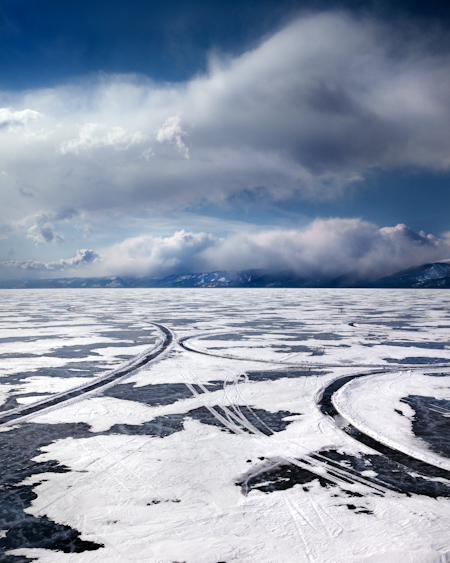