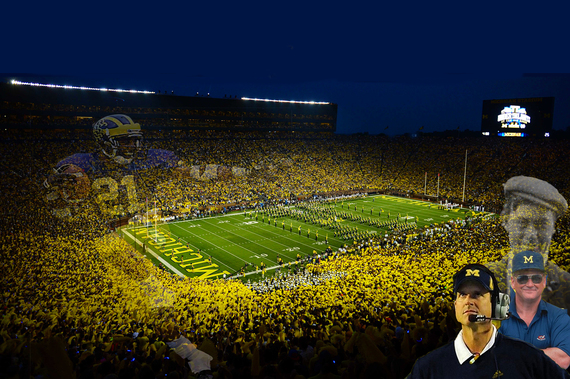 The University of Michigan football team has won more games than any other team and dominates its rivals: Ohio State (58-46-6), Michigan State (68-34-5) and Notre Dame 24-17-1, as well as holding the longest winning streak and highest victory margin over them: 9 years and 86-0 over Ohio State; 14 years and 115-0 over Michigan State; and eight years and 38-0 (twice) over Notre Dame.

However, the "Jurassic Greatness" jokes were accumulating as Michigan endured a disappointing decade. Then the cavalry arrived wearing kakis -- Jim Harbaugh. No one thought that he would leave the NFL to save his alma mater, but he shocked the "sports experts" and shattered NFL conceit, which the media found way more interesting than anything else in college football, including Ohio State winning a national championship with a third-string quarterback. 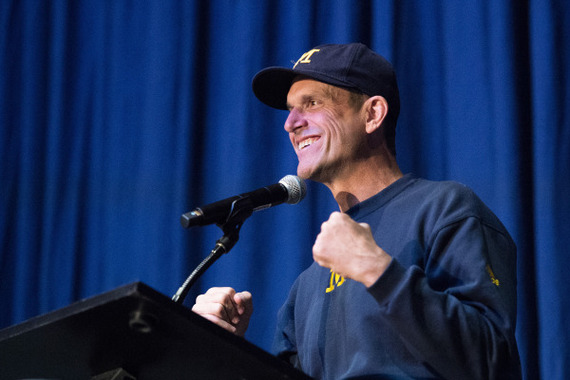 Making football programs great is what Harbaugh does. He did it at San Diego, Stanford and with the San Francisco 49ers. So the same "sports experts" who predicted he wouldn't be coaching the Wolverines were soon predicting it would take Harbaugh three to four years to restore Michigan to its former glory; they were wrong again.

"In my opinion, [Michigan] was the best team we've played. Not only physically, but execution wise. A credit to their staff for having them prepared the way they were," said BYU coach Bronco Mendenhall in a postgame press conference after Michigan destroyed then No. 22, and favored, BYU, 31-0. Maryland also felt the brunt of that preparation after a 28-0 battering by Hurricane Harbaugh, whose defense has only allowed 7 points in the last 15 quarters -- giving his work-in-progress offense time to gel. 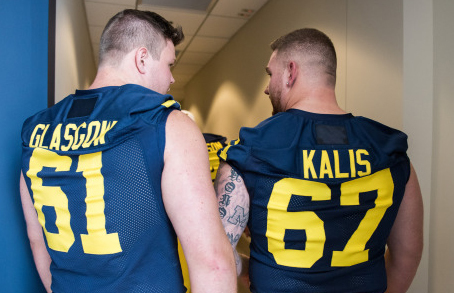 "I'm happy and excited that someone of Jim Harbaugh's character and quality is going to come back and be a part of college football," Alabama's Nick Saban said at an SEC press conference; this was before learning about Harbaugh's Satellite Super Camps that hit the south like Sherman's tanks. 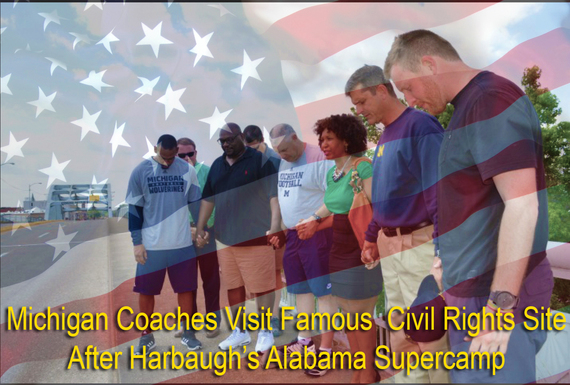 Back in Michigan, MSU head coach Mark Dantonio went to the ESPN Media Carwash at his own expense desperately seeking attention for his Spartans who were highly ranked, but totally ignored by the Harbaugh-focused media. Regrettably for Dantonio the only thing interviewers wanted to talk about was, you guessed it, Jim Harbaugh and the Michigan Wolverines. 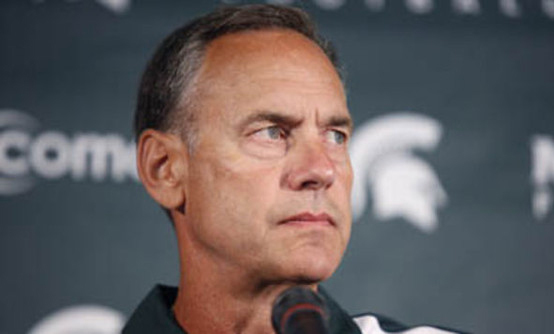 Before Harbaugh had coached his first game at Michigan, sportscasters had begun saying he was the best coach in college football. He has had success at the collegiate and pro level as a player and a coach. No other elite college coach, including Saban, Urban Meyer, Mark Dantonio or Steve Spurrier has done that or has stronger ties to the NFL. This, like Michigan's Air Jordan deal, impresses young recruits. And unlike many elite coaches, Harbaugh insists that his players take advantage of the opportunity for a college education because the NFL and CFL are not guarantees, which impresses their parents. Then there's the $189 million Nike deal (the largest in college football), which impresses everybody. 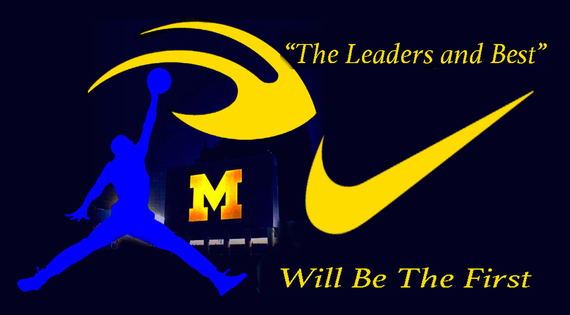 As discussed in Psychology Today, Jim Harbaugh exemplifies all of the lessons that humans have learned about success, so we are drawn to him. Hence, America's obsession with Harbaugh says much more about what Americans crave and value than it does about the coach himself. 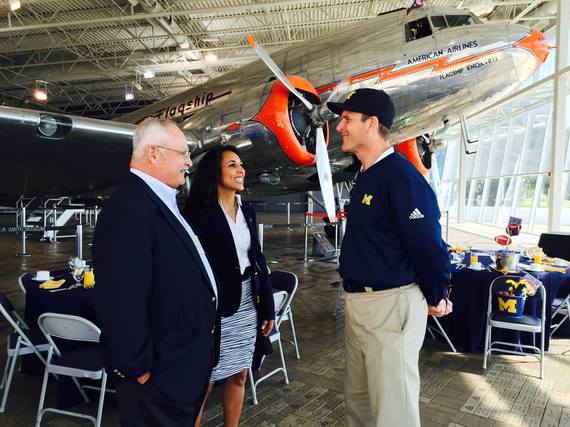 All Aboard The Wolverine Success Express

"People underestimate how intelligent my dad is," says his son Jay, who told me earlier this year that he was excited about the opportunity to work and learn from his dad. Yes, Jim Harbaugh is brilliant, and U of M Athletic Director Jim Hackett wields a mean deal axe. Plus, former UM head coach Brady Hoke and previous AD David Brandon left a lot of fast horses and good saddles in the barn.

What the "experts" are missing in gauging the trajectory of Harbaugh's success reflects the same flawed thinking that believes that going from coaching in the NFL to college is regressing. The linear progression for players does not extend to coaches because coaching's basic currencies are not commensurate or specific to a particular level. Most people miss that because we are encouraged to judge success by the amount of money or attention one gets from doing a job, as opposed to the amount self-satisfaction or social contribution. 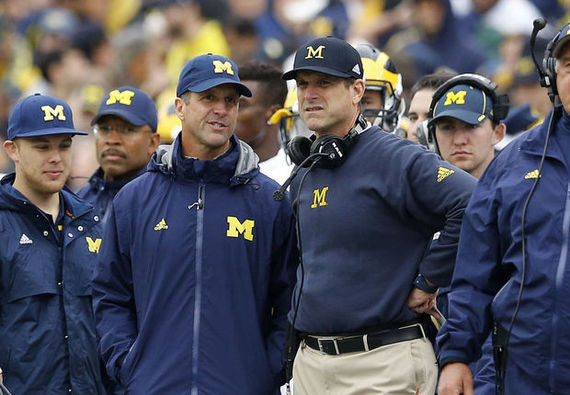 Brother John Harbaugh said Jim loves coaching and would be great where ever he coached, in a mid-game interview as he beamed with big brother pride over the show his little brother's putting on in college football. Success is the progeny of persistence. Greatness lies at the intersection of persistence and talent. Legends occur when greatness, opportunity and suitability converge. 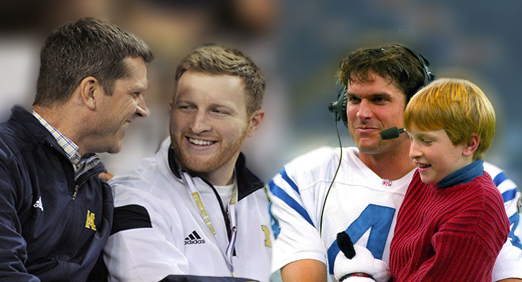 From a distance, it appears that Jim Harbaugh is a great coach because he is a great father, husband, son and brother, and being a great football coach just naturally follows. Michigan is a perfect fit for him because of who he is, where he is in his life and what he loves. What better place could there be for someone who loves football, believes in education, family, and solid Midwestern values than the University of Michigan? Plus, if you're a loyal Michigan alum, and former Michigan quarterback -- there is no greater opportunity or inspiration to become a legend than Harbaugh's present circumstances. So of course this is quick fix, because when you're exactly where you should be -- doing exactly what you love and should be doing, it's easy to know exactly what to do. And that is what is happening in Ann Arbor. 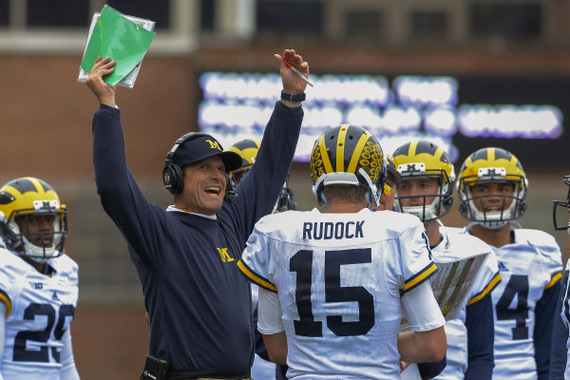 Remain fabulous and phenomenal.
Visit me on Psychology Today
Follow me on Twitter
Or get your nerd on and visit me at UCLA Center for the Neurobiology of Stress
Or stop by Dr. Gordon Online