Mention '70s rock band The Doors to today's youth and they'll think you're a fossil. They're not that far off. A newly classified lizard species, named for Doors lead singer and self-proclaimed "Lizard King" Jim Morrison, shows a surprising relationship between ancient lizards and mammals.

Tooth fossils of the new reptile, Barbaturex morrisoni (shown, with a model reconstruction) suggest that the animal was a plant-eater. Today, it's rare to find a large, herbivorous lizard among competing plant-eating mammals. Cold-blooded reptiles, such as iguanas, use a lot more energy to digest plants than their furry, warm-blooded peers.

But fossil records show that Barbaturex, about the same length and weight as a Dalmatian, grew to the same size of mammals of its age. Its body mass aided digestion, helping the animal compete with mammals for jungle foliage 37 million years ago in what is now Myanmar Barbaturex (meaning bearded king, after a series of ridges on the lower jaw) ranks among the largest fossil land lizards ever discovered, according to a paper published online today in the Proceedings of the Royal Society B.

The paper's lead author, a Doors fan, bestowed the famous moniker on this kingly reptile. Is it only a matter of time before we see a walrus named for John Lennon? 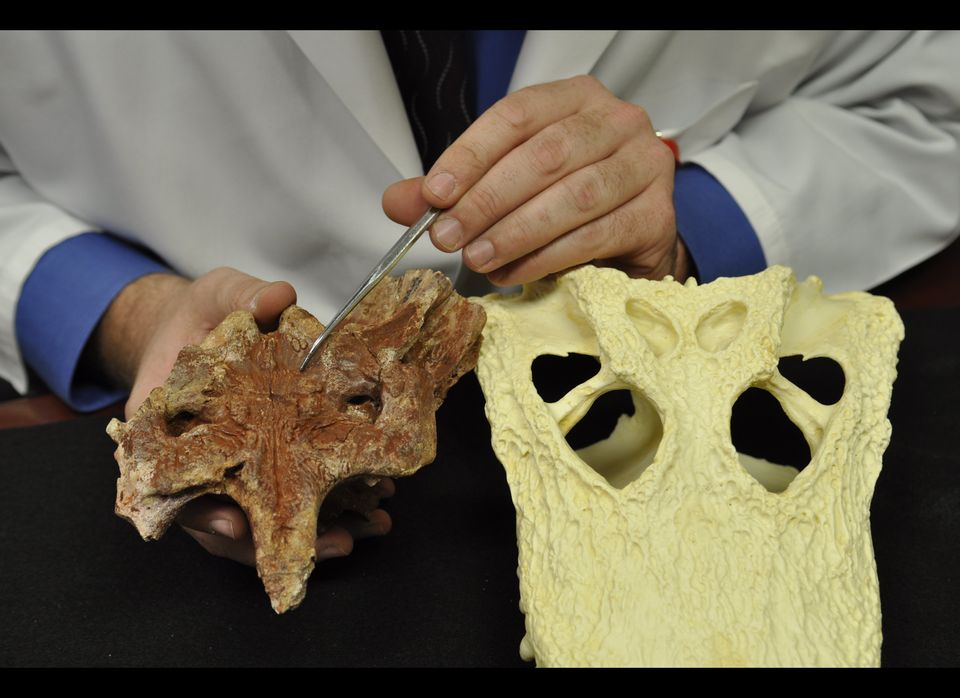