Those soft brown puppy dog eyes. All that scruff. His sexy smirk. Then there's the voice.

We could forever wax poetic about Jim Sturgess but simply stated, the actor is England's national treasure. Although he starred in the spring film "Upside Down," the Brit often flies under Hollywood's radar. So as not to forget his talent and charm, let us count the ways we love Jim Sturgess.

1. He is dating La Roux keyboardist Mickey O'Brien. As if Sturgess wasn't cool enough on his own. He and O'Brien have been together for eight years and Sturgess says she's his best friend. 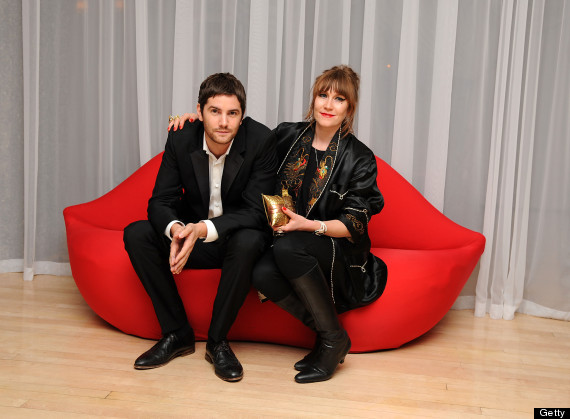 The duo even formed a band together in 2011 called Tragic Toys. Which brings us to ...

2. Music. For anyone who has seen "Across The Universe," you already know Sturgess is musically gifted. He plays guitar, piano, the drums and has an incredible singing voice; plus he's been in bands since age 15. Most recently he played with Dilated Spies and Saint Faith.

3. Strawberry Fields Forever. Sturgess filmed several musical numbers for the 2007 cult hit "Across The Universe," but his favorite scene was Strawberry Fields. Sturgess said the number resonated with him because it was shot on the 25th anniversary of John Lennon's death.

4. He put up with Anne Hathaway's singing. In February, Sturgess said his "One Day" costar frequently burst out in theatrical songs on set. No comment. But again, he's a saint.

5. He admits defeat. In March, Sturgess confessed to Nylon Guys that he lost roles to Channing Tatum. Nobody is perfect, not even that stripper. Chin up Jim, we're still loyal!

7. He paid his dues before acting. Sturgess worked various jobs in the dreaded food service industry (being promoted from pot washer to salad maker) before he attended the University of Salford in Manchester. We respect anyone striving for their dream and making it happen any way possible.

8. Soap operas are educational for him. The Brit had to adopt an Australian accent for the 2010 animated film, "Legend of the Guardians: The Owls of Ga'Hoole." What better way to learn than television? Sturgess cited the English soap operas "Neighbours" and "Home and Away" as inspirational sources.

9. He went to work with a hangover. His birthday fell on a night of filming last year's "Upside Down," so of course Sturgess celebrated after. Unfortunately, the next day's work called for an upside down spinning makeout scene with costar Kirsten Dunst. Jim came out unscathed and vomit-free! Impressive.

10. POUTINE. He once called the Canadian concoction of french fries, curds and gravy, "a carbohydrate wet dream." We'd gladly share a plate with Jim.