(Reuters) - Former U.S. President Jimmy Carter said on Sunday that he will no longer need treatment for melanoma, a type of skin cancer that had spread to his liver and brain, the Atlanta Journal-Constitution newspaper reported.

The 91-year-old Nobel Peace Prize winner will continue to be observed by doctors, but will not need treatment with a promising immunotherapy drug that helps the body's immune system target cancer cells, the newspaper said, quoting his nonprofit public policy center, the Carter Center.

A spokeswoman for the Carter Center told the newspaper in an email that if doctors find that the former president's cancer returns, he will resume treatment.

The former president shared his news at a Sunday school class he teaches in his hometown of Plains, Georgia, the newspaper said, quoting Carter's niece, Mandy Flynn.

Carter started treatment in August for melanoma that had spread from his liver to his brain. In December, he said he was cancer-free but that he would continue to receive treatment.

At the time, Carter said he would continue to receive regular doses of pembrolizumab, a new treatment that is part of a promising class of drugs that harness the body's immune system to fight cancer. The immunotherapy is manufactured by Merck & Co under the brand name Keytruda.

While about 30 percent of patients treated with the drug experience significant shrinkage of their cancer, only approximately 5 percent experience complete remission, said Dr. Marc Ernstoff, director of the melanoma program at the Cleveland Clinic's Taussig Cancer Institute in Ohio who is familiar with the drug but has not been involved with Carter's care.

Carter, a Democrat, was elected president in 1976, and served only one term. He helped negotiate the 1978 Camp David Accords between Israel and Egypt.

But his presidency was clouded by economic problems and the Iranian hostage crisis, and Carter lost his 1980 re-election bid to Republican Ronald Reagan.

He has since won worldwide acclaim as a humanitarian and advocate for democracy, winning the Nobel Peace Prize in 2002. 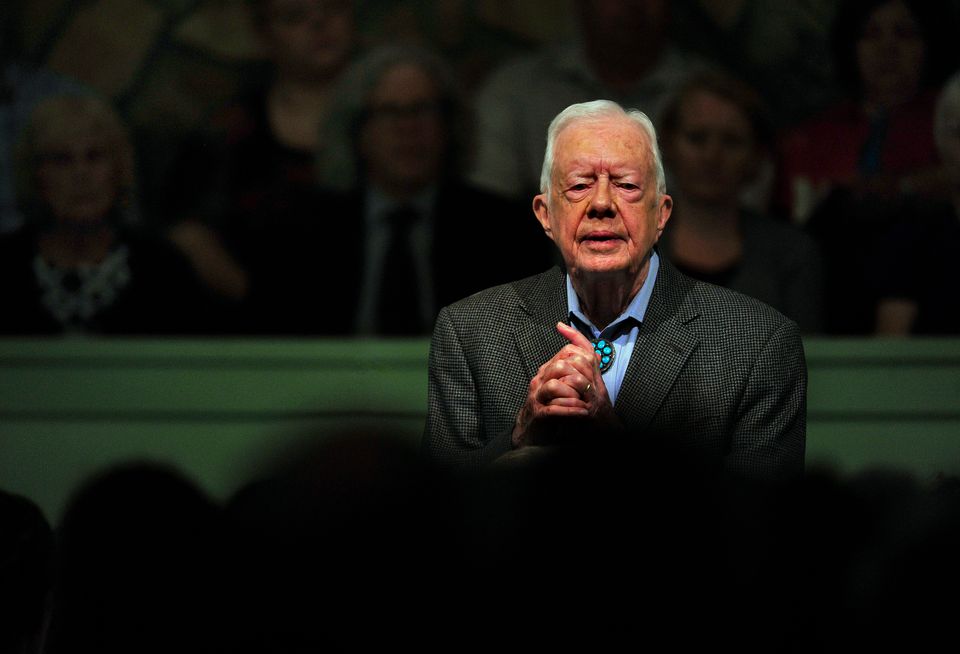