There's no point in looking for the body of Teamster leader Jimmy Hoffa, who disappeared in 1975, at least according to a law enforcement source "close to the investigation."

DNAinfo reports that Hoffa was "garroted by Anthony 'Tony Pro' Provenzano, a notorious New York mobster" in Inkster, Mich., and fed into a wood chipper.

The story comes just days after the FBI called off a search for Hoffa's body underneath "a concrete slab in a barn in Oakland Township, Mich.," according to the Associated Press.

"We did not uncover any evidence relevant to the investigation on James Hoffa," Robert Foley, head of the FBI in Detroit, said. "I am very confident of our result here after two-days-plus of diligent effort. As of this point, we'll be closing down the excavation operation."

The FBI began its search after a tip from alleged Mafia captain Tony Zerilli.

"Right now the case remains open," Foley said after the third day of the most recent search. "At this point, if we do get logical leads and enough probable cause that warrant the resources to do an investigation, then we'll continue to do so."

Hoffa has been missing since he was last seen outside an Oakland County restaurant 38 years ago.

PHOTO GALLERY
The Search For Jimmy Hoffa, Present And Past

Jimmy Hoffa's Body Was Reportedly Fed Through A Wood Chipper
The Search For Jimmy Hoffa, Present And Past 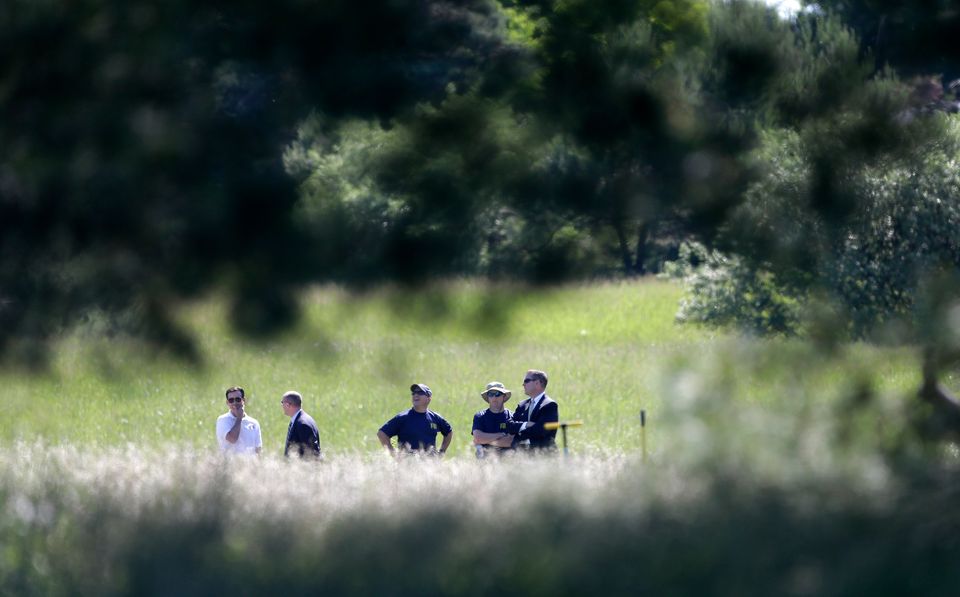 1 / 43
2013: The Search Is On.. Again
On June 17, 2013, investigators began searching an empty field in Oakland Township, Mich., for the remains of Jimmy Hoffa. Pictures from the latest search for Hoffa follow, but in the last 38 years since his disappearance, rumors and tips have led to multiple investigations and dig sites with no success. Continue reading to see scenes from the long and frustrating Jimmy Hoffa case. (AP Photo/Carlos Osorio)
AP