Those against gay marriage are up in arms over an even more sacred institution being encroached upon by same sex couples: divorce.

On Tuesday night, Jimmy Kimmel brought to our attention that states against gay marriage are also against gay divorce, meaning same sex couples on the outs would have to stay married as long as they were in those states.

It may not make sense, but the answer is apparently yes. 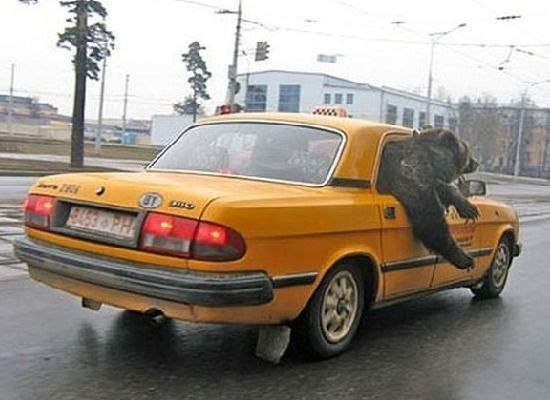 1 / 17
In Missouri, It is Illegal To Drive With An Uncaged Bear (Caged Bears Are OK)
We're not saying this isn't a good rule to follow, but you have to wonder how many times this happened before they had to make it a law. <a href="http://www.legalzoom.com">(source)</a>