The standoff between law enforcement and an Alabama man who held a boy in a bunker for seven days ended with the suspect dead and the 5-year-old safely rescued.

At a hastily organized roadside press conference near the crime scene, FBI agent Steve Richardson said negotiations had deteriorated over the last 24 hours. He said they entered the bunker shortly after 3 p.m. fearing the child was "in imminent danger," because they'd seen Dykes carrying a firearm.

The boy, identified only as Ethan, was transported to a hospital, state Rep. Steve Clouse told CNN. He appeared physically unharmed, according to reports.

The crisis began Jan. 29 when authorities say Dykes boarded a school bus and demanded that he take two boys between six and eight years old. The bus driver -- Charles Albert Poland, Jr. -- is hailed as a hero for putting himself between Dykes and the children. His valor cost him his life, as Dykes allegedly shot Poland several times before taking the 5-year-old boy from the bus.

"You didn't deserve to die but you died knowing you kept everyone safe," said a letter from a student on Poland's bus that was read aloud at the bus driver's funeral.

The bunker in which Dykes holed up was four feet underground. He equipped it with electricity and was said to possibly have weeks of supplies stored. Negotiators communicated to him through a ventilation pipe. Because of the risk of tornadoes in this part of Alabama, bunkers are relatively common fixtures on the landscape.

There was open communication with Dykes, according to authorities, but they said he'd made few demands, making it unclear what he hoped to accomplish.

Some neighbors believed Dykes timed the abduction to nearly coincide with a court appearance scheduled for the day after he shot Poland. In December, Dykes was arrested for allegedly shooting a gun to frighten a neighbor.

For that incident and others, people who lived near Dykes were leery of him long before he became a hostage-taker. They said that he once beat a dog to death with a lead pipe, that he warned children they'd be shot for crossing onto his land and that he guarded his property at night with a flashlight and gun.

He was a loner who allegedly lost contact with an adult daughter years ago, according to people who lived near him. The sounds of conservative talk radio filled his home and fed his anti-government attitudes, locals said.

Details about Dykes slowly emerged as negotiations failed to break the impasse. Dykes was a decorated Vietnam War veteran who'd served in the Navy. He'd grown up nearby, but later in life, he moved to Florida where he worked as a surveyor and truck driver. He returned to Alabama about two years ago, acquiring the rural property on a dirt road.

In 1995, he was arrested for improper exhibition of a weapon. That charge was dismissed. In 2000, he was booked on marijuana possession charges.

UPDATE: (10:36pm EST) Sheriff Wally Olson confirmed in a press conference held just after 10pm that Jimmy Lee Dykes was armed. Olson also said that communication with Dykes had "deteriorated" to the point that law enforcement officials felt that the hostage, Ethan, was in imminent danger and decided to move on the bunker. An explosion was heard just before FBI entered the bunker rescuing Ethan. The boy, just two days before his 6th birthday, was said to be in good spirits, "laughing and smiling." Dykes was killed in the process, though it is still unclear how. 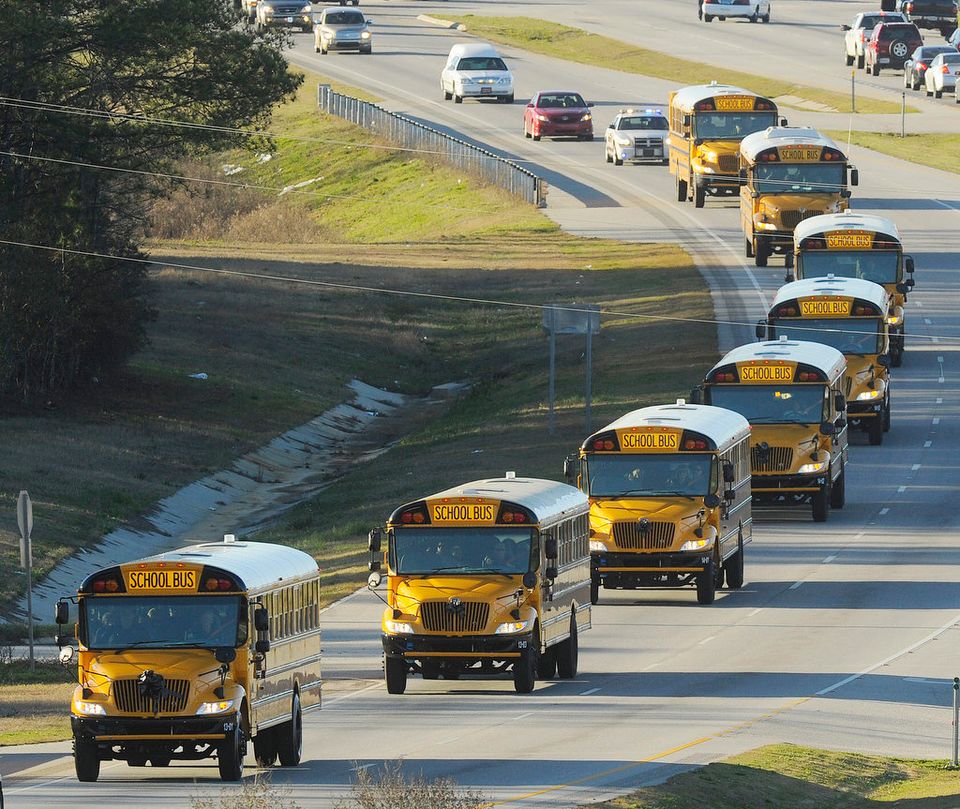 1 / 11
Alabama Hostage Crisis
The funeral procession of slain bus driver Charles "Chuck" Poland makes its way down Highway 231 in Ozark, Ala., Sunday Over 60 motorcycles and dozens of school buses join the funeral procession. The Ozark Civic Center was packed with mourners for the funeral. Burial for Poland is in Newton Alabama. (AP Photo/AL.com, Joe Songer)
AP