I SEE YOU from Phyllis B. Dooney on Vimeo.

Jimmy Palmaro is walking from his home in Brooklyn, N.Y., to the Colony South Brooklyn Houses -- a not-for-profit which offers humanitarian services -- where he volunteers by teaching an after-school program. As he approaches the building, a young girl comes over, takes his hand and leads him inside where he'll delve into algebra or poetry or whatever is on today's lesson plan. He relies on her guidance now -- not his memory of the building's layout nor the white cane he holds in his other hand. "Mr. P," as he's better known, has to trust his students. Because he can't see anything. He's been blind for the past eight years. 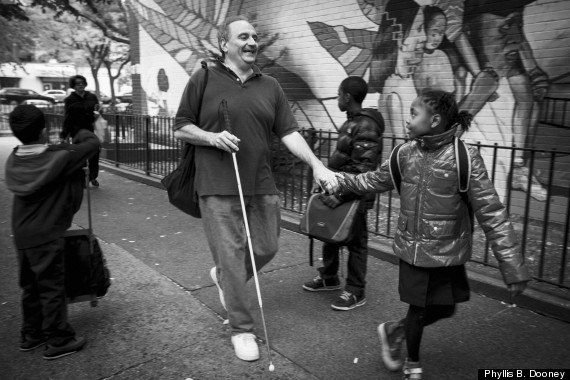 Palmaro, 57, was diagnosed with retinitis pigmentosa, or RP, when he was 25 years old. For the next 24 years, he steadily lost his vision. He eventually left his post office job of 20 years, no longer able to read and sort mail. But when he talks about this time in his life, he does so nonchalantly, almost shrugging off his ability to see.

"What was I gonna do? Wish it had happened to somebody else?" Palmaro says. "It happens. People go blind."

Twelve years ago, Palmaro pursued his true passion: teaching. For years already, he'd been tutoring his two children and their friends after school. He knew he belonged in a classroom, so he volunteered to help elementary and junior high students after school. 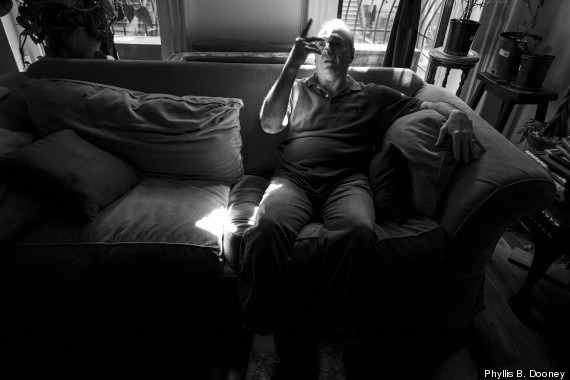 When Mr. P's class is in session, students have to read him the question before he can help them figure out an answer. Palmaro says this works to their advantage.

Last August, photographer Phyllis Dooney witnessed Mr. P in action, while visiting the Colony South Brooklyn Houses to work on its website. After class, she walked up to Palmaro and asked if he'd let her tell his story through photographs. He said yes, and for the next six months, Dooney, 40, visited Palmaro at home, walked to and from school with him and sat in on class. She watched him help his students and his students help him. When she was finished photographing, Dooney decided pictures were not enough. So she put Dooney's voice over the images. The result is the video above -- a three-minute visually told story about a teacher who can't see. The irony isn't lost on Palmaro.

"We're an odd couple," he once said to Dooney as they walked down the streets of Park Slope. "You're always looking, and I'm always listening."

Of course, Palmaro cannot see the final product, but he knows what it looks like. His wife and son describe the photographs to him. He often tells Dooney which ones he loves the most.

"I can't see the photos," Palermo says, "but I can paint the pictures with my brain."

His teaching goes beyond numbers and letters and memorized facts. His blindness, he says, is a lesson plan in itself.

"I tell my students, 'Don't let your limitations define you. Don't be shortsighted,'" Palermo says. He laughs at his own pun. "I've gained things through my blindness that are not limitations."

People -- current and former students, parents, new and old friends -- emerge when he walks to and from school. Some just say hello, some offer to help him cross the street. Some thank him. He never misses a beat.

"I'm so inspired by how Jimmy lives in the present," Dooney says. "You can miss so many details when you're walking through life, but he is aware of everything around him. The happiness he gets from that is such a beautiful thing." 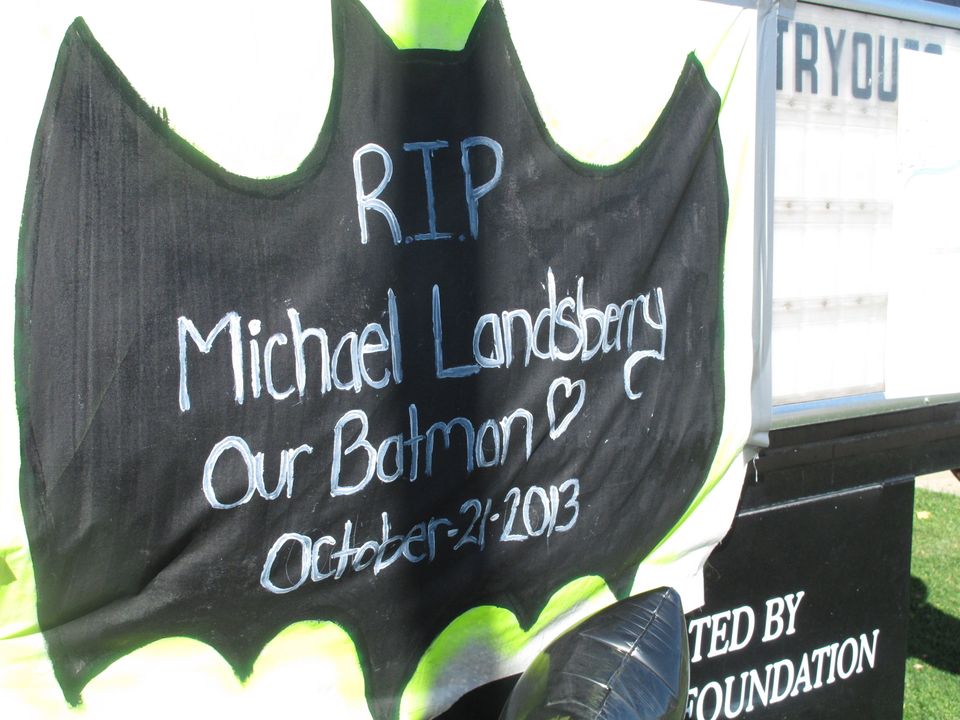 1 / 6
Michael Landsberry
When a gunman showed up at Sparks Middle School in Nevada this past October, 45-year-old math teacher Michael Landsberry did not run away. Instead, he tried to convince the 12-year-old shooter to put down his gun. <br> <br> Landsberry was not successful, and he was killed for his efforts. <a href="http://www.cnn.com/2013/10/22/justice/nevada-school-shooting-landsberry/" target="_blank">However, his actions gave children time to get away, and he has since been recognized as a hero.</a> <br> <br> "Mr. Landsberry's heroic actions, by stepping toward the shooter, allowed time for other students in the playground area to flee," Washoe County School District Police Chief Mike Mieras said at the time, according to CNN.
AP