The San Francisco 49ers nearly pulled it off. After rallying from an early 28-6 deficit, they drove down to Baltimore's 5-yard line with a chance to take their first lead of the game with under two minutes remaining.

On 4th and goal with 1:50 showing on the clock, 49ers quarterback Colin Kaepernick took the snap and dropped back behind the 10-yard line. The Ravens sent six defenders at the dual-threat QB, forcing him to get rid of the ball early. Kaepernick lofted a fade pass to the back right corner of the end zone intended for receiver Michael Crabtree. But Ravens cornerback Jimmy Smith had blanketed Crabtree and appeared to make contact with him as the ball landed out of the wideout's reach and out of bounds.

If the referees had thrown a flag for defensive holding, pass interference or illegal contact then San Francisco would have had four new downs to work with to try and potentially win Super Bowl XLVII.

It wasn't hard to tell what 49ers coach Jim Harbaugh thought of the no-call.

"There was no question in my mind there was a pass interference, and then a hold on the last play," the younger Harbaugh brother said after the game, via Shutdown Corner.

Despite his protestations, Jim's 49ers didn't get the call. A short while later, John Harbaugh's Ravens won the Super Bowl, 34-31. While Ravens fans will party deep into the night in New Orleans and in Baltimore, it's a near certainty that the 49ers' faithful will debate that play for far longer. 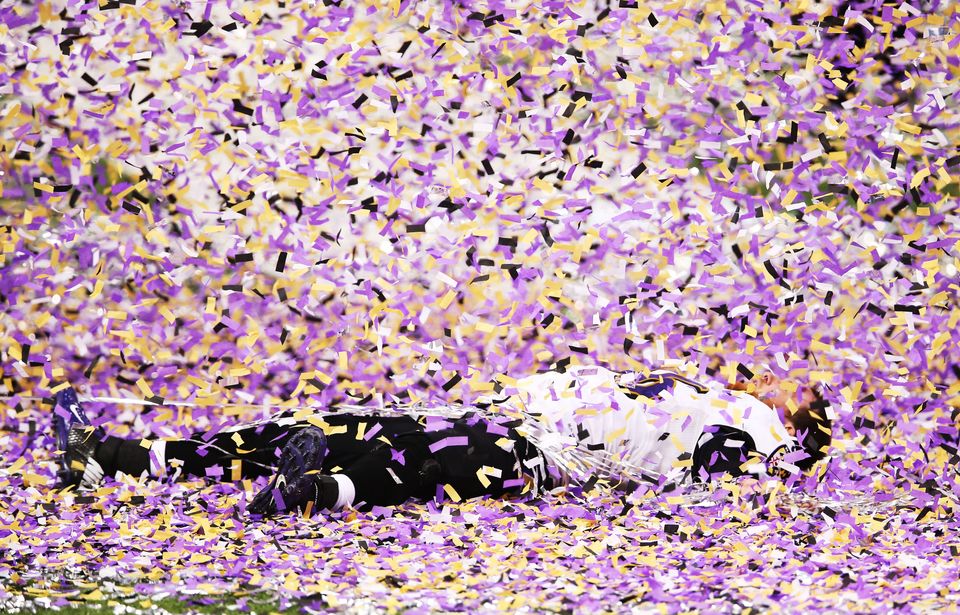