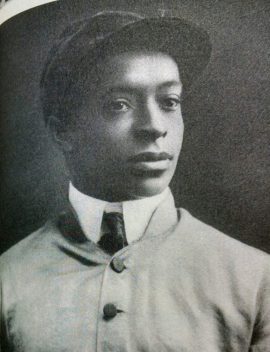 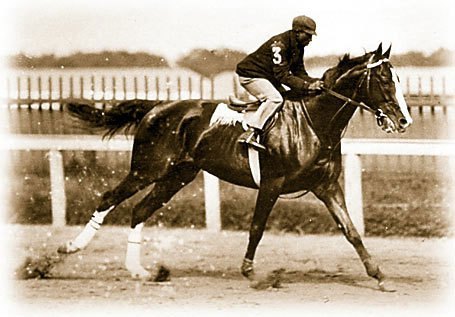 I'm in a play called Jockey Jim and I must share Jimmy Winkfield's extraordinary story with you. He was an extraordinary man, an African American man, born in 1882, in a family of 17 brothers and sisters, in rural Kentucky. He went from earning $8/month to commanding $1,000 per race! He became one of the greatest African American jockeys ever. He started racing in 1898. And he won two straight Kentucky Derbies, in 1901 and 1902. And in the next two Derbies, he came second and third!

In the early 1900s, he was blacklisted because he "changed his mind" about riding a horse. As well, there was intimidation by the Ku Klux Klan, violence by white jockeys, and the involvement of big money -- not conditions conducive for African American jockeys to race. So he accepted an invitation to race in Russia for Czar Nicholas II and became a big star in Russia. He regularly rode winners in Russia, Poland, France, Austria, Hungary, England, Spain and Italy! But by 1917, with the Bolshevik revolution and the rise of the Communists, racing in Russia was done.

He then led 250 top tier thoroughbreds on a 1,100-mile journey from Russia to Warsaw. He resurrected his career in France in 1922. Also marrying a Russian Baroness named Lydia de Minkiwitz. They lived in a farm near Maisons-Laffitte, 11 miles outside of Paris. They lived like royalty, hobnobbed with the likes of Josephine Baker, Paul Robeson, Bing Crosby, and Ernest Hemingway!

After he retired from horse racing in 1930, he became a celebrated horse trainer in France.

As a result of the Nazis coming into power, he and Lyddy moved back to the USA in 1941.

Back to segregation, discrimination, back to a time when blacks were called darkies, and much worse. He had to become a hired hand on a horse ranch and Lyddy had to clean people's houses. They lived through it.

They moved back to Maisons-Laffitte in 1953 and they operated one of the most successful racing stables till the 1960s.

What a dashing and debonair man, what a gifted horseman! And to what success he and his wife rose and to what depths did they sink in racist America. And then again rose up in Europe!

Jimmy (and Lyddy) had to be an amazingly strong person to have withstood all that life threw his way and to come out of it victorious and on top. I respect this man so much, and by the end of the play, when Lyddy and Jimmy walk into the Brown Hotel, I am almost crying, even though I am playing Lyddy and am not supposed to cry, but it is such an emotional moment! And Gary Brice who plays Jimmy, plays him to the nines! Perfect in his understated acting and emotions. Understated, something I don't do so well, garners a lot of pathos. If Jimmy Winkfield were here today, I would certainly tell him how much I admired his strength, his intelligence and his resilience. And that I am so proud to be doing this play about his life!