Who would have thought dabbling in the supernatural could become a serious accusation leveled against Egyptian media? In today's topsy-turvy environment, all bets are off.

"While Egyptians await the outcome of due dates that will be decisive to their country's political and economic future, the media are preoccupied with 'exciting' issues that roll from one satellite TV channel to the other, leaving the street (people) hostage to a useless argument about jinn, sex and atheism," wrote Ahmad Rahim this week in the Saudi-owned pan-Arab daily Al Hayat.

Rather than focus on critical upcoming legislative elections and a major conference to help attract investments to Egypt's struggling economy, TV channels seem sidelined by matters that raise eyebrows and questions given their timing.

One peculiar topic is that of jinn, which Rahim said had turned swindling conjurors and magicians into TV stars who battled spirits and killed their leaders live on the air. 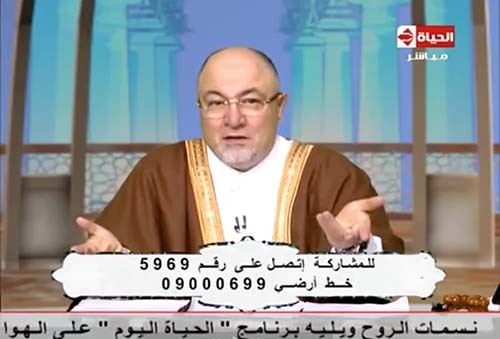 Another instance has video warlocks exorcising the devil from the body of a girl who fought with her sisters in a scene resembling a boxing match, he said, adding that such programs have made their way from sensation-seeking channels to more traditionally demure stations.

"Khaled El Gindi uncovers the 'jinn episode' lie," goes the caption under a video clip on YouTube from Egypt's Al Hayat online TV channel, referring to a Muslim cleric who said shows about demons, spirits and ghouls that attract massive audiences were frauds.

"People are simpletons and have fallen prey to vipers," he cautioned on his call-in program pointing to a self-styled sorcerer who claimed he could heal devil-possessed viewers using his supernatural powers and religion.

Jinn are hardly new to Arab and Muslim tradition and lore. They figure in countless religious and other texts and have been the center of many controversial discussions. 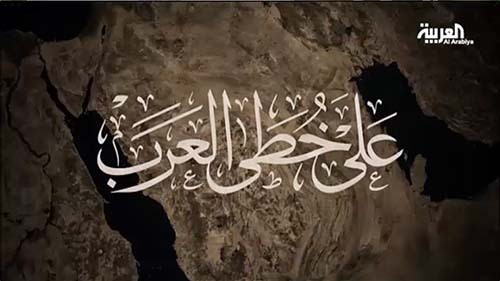 Earlier this month Al Arabiya satellite channel aired an episode of its "Ala Khota Al Arab" (In the Arabs' Footsteps) series featuring jinn in poets' verses.

The host who appears on camera explains that the location in which he's being filmed belongs to two jinn tribes, Benou Alshaisaban and Benou Malek, noting that famous Arab poets' inspiration came with a little help from their guardian jinns.

It's more than a little complicated.

In Western Arabia, where Islam was born, one of the many roles of jinn was to inspire poets and soothsayers. Poetry was a particularly popular oral art among the people of Arabia. The ability to recite beautiful poetry or foretell the future was thought to be a sign of being possessed by jinn.

Author and Middle East expert Robert Lebling wrote these words at the beginning of his very rich and comprehensive study of the topic, "Legends of the Fire Spirits: Jinn and Genies from Arabia to Zanzibar" in which he examined the phenomenon also known as demon, spirit, ghoul, ifrit, and shaitan. 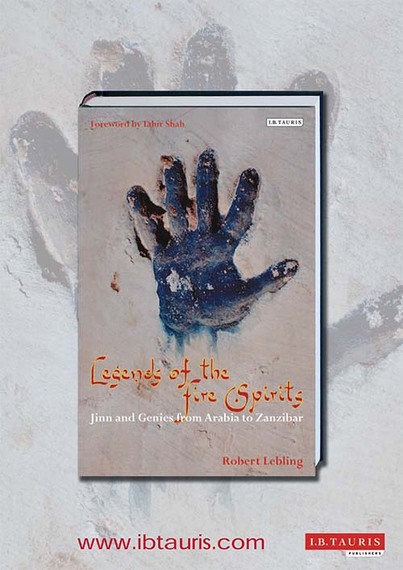 Jinn are best known as an Arab and/or Islamic phenomenon. In Arab tradition, the jinn is a spirit creature, often linked to nature, with the ability to manifest itself physically. The jinn have great powers, sometimes miraculous abilities, which humans normally lack.

The book published by I.B. Tauris is a fascinating reference on the fire spirits.

Lebling delved into the nature of jinn, their Islamic roots, the trajectory to "Al Andalus" (the Muslim conquest of Spain), the Middle Ages, and jinn's behavior.

In the Islamic world the belief is fairly widespread that jinn can possess humans, speak through them and direct their behavior. Like their demon analogues in Christianity, they can also be exorcised through rituals.

Lebling, an American former journalist who has spent decades living in the Middle East, notably Saudi Arabia, admitted his was not the work of a scholar, rather the result of a personal quest for understanding a compelling and enduring phenomenon in the region. 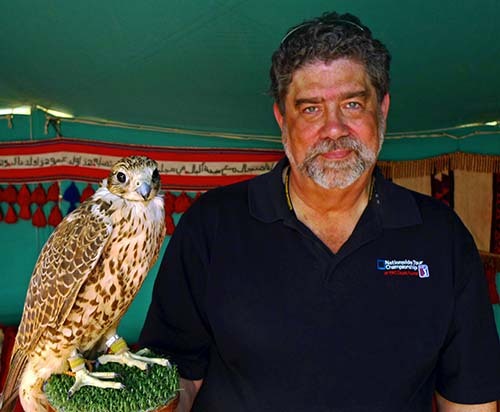 His meticulous explanation of what it all means is a far cry from the comical renditions of early Egyptian movies starring the late Ismail Yaseen or Hollywood's stereotypical misrepresentations on the silver screen and television.

Lebling scrutinized jinn physics and how scientists have long speculated about the existence of life forms in stellar plasma.

"The physics of the jinn phenomenon is a topic not just for fringe science publications. In 2006, The Economist sent a correspondent to Somalia and Afghanistan in search of information on the jinn phenomenon, including its possible scientific basis," he wrote.