The world's oldest person has 116 reasons to be happy today.

Jiroeman Kimura, a Japanese citizen who was declared to be the world's oldest living person in December, padded his record by another year when he celebrated the big 1-1-6 on April 19.

The birthday wellwishers included a video message from Japanese Prime Minister Shinzo Abe and a visit from the mayor of Kimura's hometown of Kyotango, Japan, a city of 60,000 that has 95 residents over the age of 100, the Daily Mail reported.

Kimura is one of only 12 living people in the world born before 1900, according to the BBC. The world's oldest living woman, 115-year-old Misao Okawa, also lives in Japan.

Kimura celebrated his big day with his usual thrice-daily meal of rice, pumpkins and sweet potatoes, which is prepared by his 60-year-old granddaughter-in-law, DNAIndia.com reported.

Kimura worked as a mail carrier before retiring at the age of 65. After that, he farmed until he was 90, ABC News reported, adding that four of his siblings lived into their 90s, including a younger brother who died at the age of 100.

But Kimura's title as the world's oldest person is not without controversy.

Lou Meizhen of Bama, China, claims to be 127-years-old, according to Shanghaiist. However, since birth certificates in her native region were only recorded after the Communist takeover in 1949, her only proof of age is a faded copy of her ID.

He also has a long way to go to hold the record of oldest person ever. That honor goes to Jeanne Louise Calment of France who was 122 years, 164 days when she died in 1997. 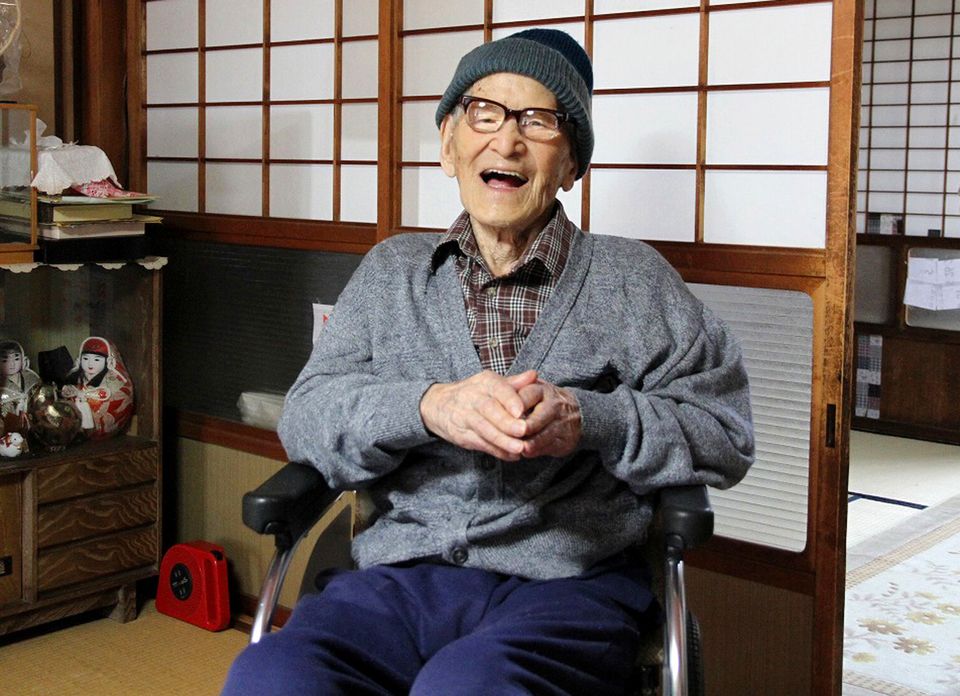 1 / 9
Jiroemon Kimura
In this photo taken Oct. 15, 2012 and released by Kyotango City, Jiroemon Kimura smiles after he was presented with the certificate of the world's oldest living man from Guinness World Records Editor-in-Chief Craig Glenday at his home in the city, Kyoto Prefecture, Japan. Kyotango mayor hailed Kimura for becoming the world's oldest person Tuesday, Dec. 18, 2012. At 115 years old, Kimura inherited the title from an American woman who died Monday. (AP Photo/Kyotango City) EDITORIAL USE ONLY
AP