Chapter One: The Fandom Who Lived ...

We’re hopeful you’ve got all your shopping done at Diagon Alley and perhaps a couple extra Galleons in your pocket for Chocolate Frogs on the train, because it’s time to head to Platform 9¾.

In J.K. Rowling’s final book in the “Harry Potter” series, Harry Potter and the Deathly Hallows, Sept. 1, 2017 is the day Albus Severus Potter, Rose Weasley and Scorpius Malfoy board the Hogwarts Express.

And she reminded fans that every person who’s been waiting patiently for their Hogwarts letter ― well, you’ve already received it:

But for those who want something a little more concrete, the Pottermore website is now releasing an “immersive digital experience” that’ll actually let you go to Hogwarts, too. So make sure to say “hi” to Albus Severus on his first day.

According to a Pottermore press release, the new online “Hogwarts Experience” allows fans to fly through the grounds and explore the exterior of the castle, the Forbidden Forest, Hagrid’s hut and even the Quidditch pitch.

It’s truly a magical day for fans, and the reactions have begun ...

It's here.... #19yearslater IS TODAY!! Today is going to be pretty special.

Today is #19yearslater and honestly... I'm a little emotional pic.twitter.com/8sFFHPgByk

It's all on your ticket! The Hogwarts Express leaves at 11 o'clock sharp. #BackToHogwarts pic.twitter.com/Oq5lf3FV9I

Katie has a special message for you all to celebrate #BackToHogwarts pic.twitter.com/QI45F3t2nb

Even some of the actors from the “Harry Potter” films joined in, because that’s how they Rowl.

Now, what happens when Albus Severus actually gets to Hogwarts is up to you.

As Rowling also tweeted, Friday is the beginning of the continuation of the story in the play “Harry Potter and the Cursed Child.”

Hmm. It *is* strange to think that Albus has been boarding the train for a whole year in the West End, but that's magic for you #CursedChild https://t.co/b1UYNmBzSx

Today, as students go #BackToHogwarts, we celebrate #19YearsLater, the start of our #CursedChild story… pic.twitter.com/4yLg31Qv9B

Of course, reviews on the story have been mixed, and many fans don’t even necessarily consider it canon, with HuffPost’s own Claire Fallon calling it “fan fiction”:

Simply put, Cursed Child was doomed to feel like fan fiction rather than canon because the series was resolved. Anything more seems trivial, extraneous ― a fun hobby for fans, but not a vital new dimension to the Harry Potter we know.

Fallon concluded that the task of continuing the story after things were neatly wrapped up in Deathly Hallows was “impossible to begin with.”

Whether you’re a fan of “Cursed Child” or just think the story ends at 19 years later, today is a day to celebrate.

"The scar had not pained Harry for nineteen years. All was well." #19yearslater pic.twitter.com/B5SHAnxiei 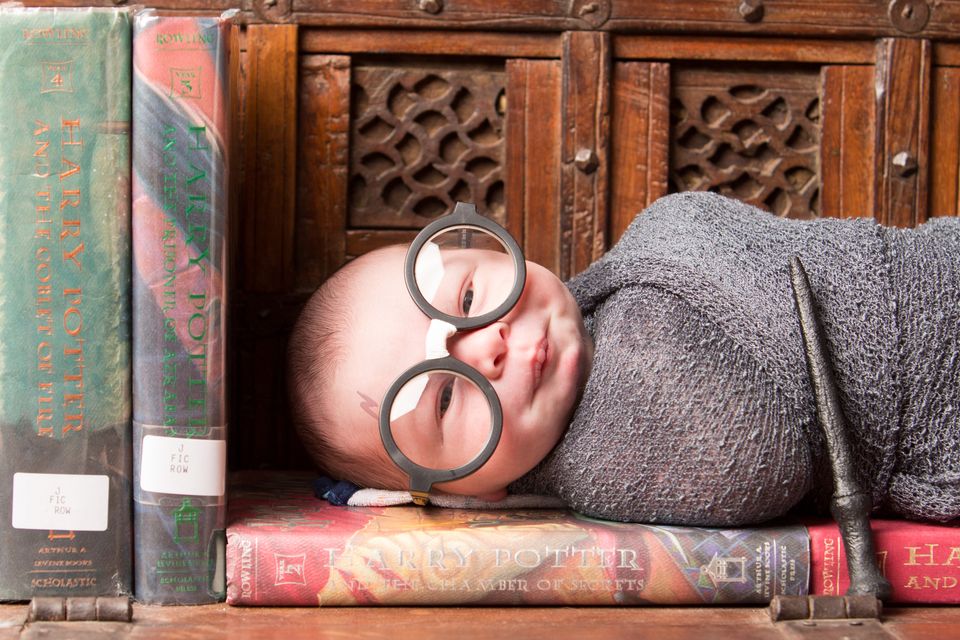