Ireland became the first country in the world to legalize same-sex marriage through a popular vote last week, prompting emotional celebrations, outpourings of support and, yes, a little bit of hate.

The Westboro Baptist Church already stumbled over an attempted diss of the Irish referendum, mistakenly chastising the Ivory Coast instead. But when they tried to take on J.K. Rowling, the Harry Potter author had nothing but ire for the hate-mongers.

Rowling took to Twitter shortly after 62 percent of Irish voters approved the measure, sending out an incredible meme about Dumbledore and Lord Of The Rings wizard Gandalf getting hitched. WBC threatened to picket the happy (and fictional) moment, should it ever happen, prompting Rowling to send out an epic diss of her own.

This isn't the first time she's used her Twitter handle to pass out wisdom and shut down the bigoted. Earlier this month, Rowling fought back against misogynistic trolls and also helped quell the fears of a fan who asked what one should do when one wants to "give up."

Critics of Westboro have often questioned whether the group should be given any coverage. But Rowling had an apt response for one of her followers who argued the author's tweets would just shine a "counterproductive" light on the church:

I don't care about WBC. I think it's important that scared gay kids who aren't out yet see hate speech challenged. https://t.co/XumjDmEjuw 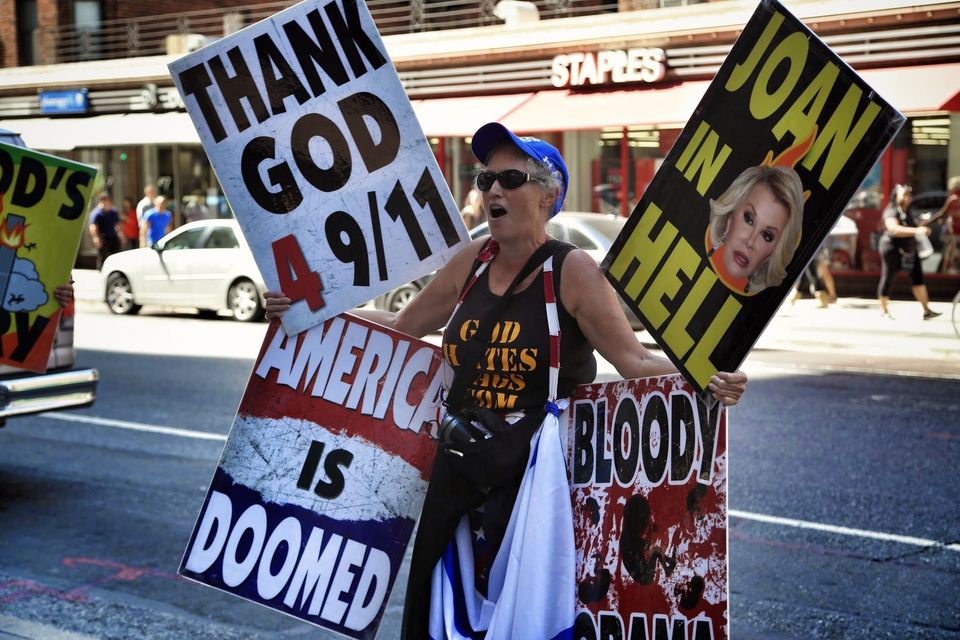