"Whiplash" has earned accolades for its intense, harrowing depiction of the rigorous journey of a young drumming student (Miles Teller) and his relationship with his stern, sometimes violent teacher (J.K. Simmons).

In a HuffPost Live interview on Monday, Simmons -- who's nominated for Best Supporting Actor at Sunday's Golden Globes -- reflected on a particularly grueling scene in which he was required to repeatedly slap Teller in the face, an effort intended to help him learn the rhythm of a musical piece.

The actor claims that Teller "continues to say that he was almost cracking up with laughter" the entire time, but that's not how Simmons' remembers it.

"The reality is, he was a total pussy, and he was near tears the entire time," he joked. 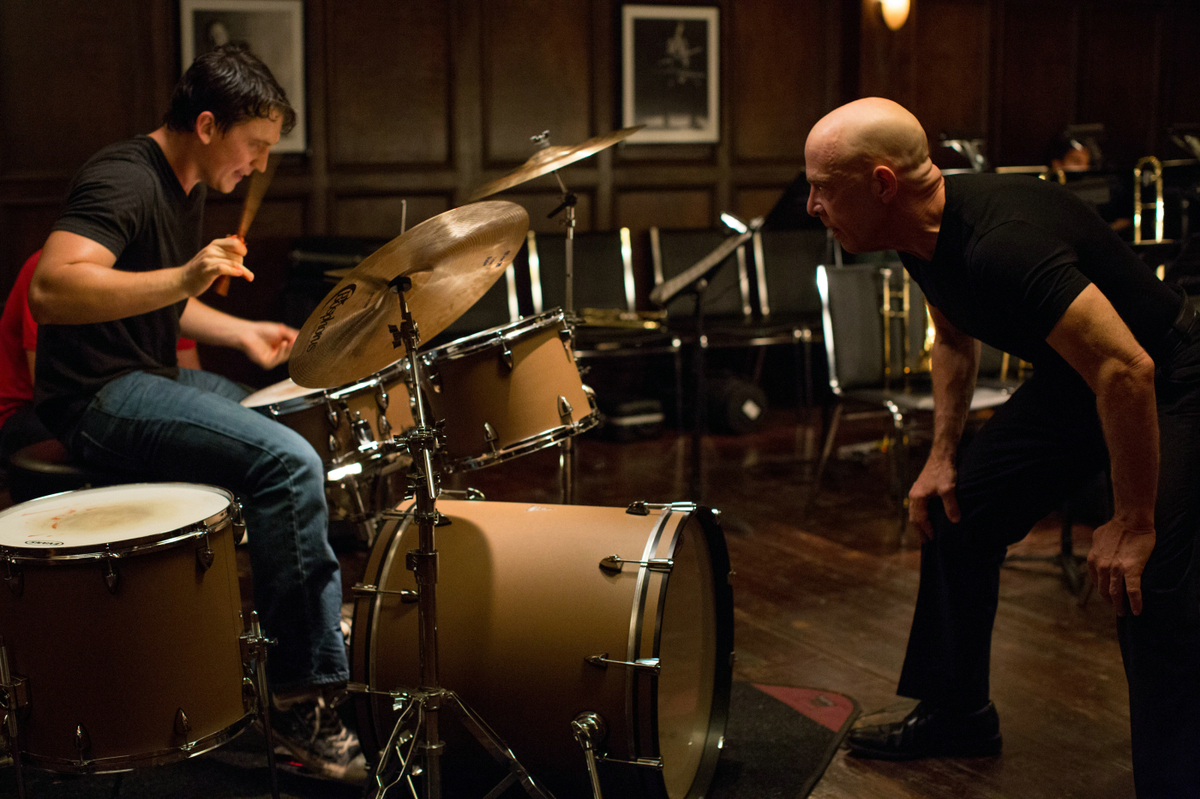