Jennifer Lopez claimed a new honor this week with the release of a Barbie doll modeled on her image. Kind of.

“I wanted to live in Barbie’s world, I wanted to be Barbie,” Lopez says in a video promoting the doll’s release. “I think Barbie represents infinite possibilities.”

Follow your dreams like @JLo! Her versatile talents and style are captured in two new Barbie dolls. #JLoBarbie pic.twitter.com/veqOBkF4Ps

However, as the voluptuous star holds the waify doll in her hand, it’s hard not to notice that the proportions are a little off. Radio Station Aire de San Justo 101.1 posted side-by-side photos on its Facebook page to highlight that the J.Lo Barbie lacks the star’s “distinctive curves.”

We thought JLO's beauty lied in the fact that she was not a "Barbie Doll"... what do you think? http://t.co/EEsKuQtQPS #dailysofrito

It's not the first time people have called out the doll's unrealistic figure. Rehabs.com, a search engine for locating mental health treatment centers, put together an infographic earlier this year saying that Barbie's neck is twice as long and six inches thinner than the average woman's, which would make it hard for her to lift her own head if she were a real woman.

Mattel, the maker of Barbie, aims to boost its influence in the Latino market this holiday season with the an advertising campaign called "toy feliz" -- a play on the Spanish phrase "estoy feliz," or "I am happy."

What do you think? Would a J.Lo Barbie look better with the buxom star’s extra meat? Or should Barbie keep up the skinny model that’s served it so well until now?

J.Lo Barbie Seems To Be Missing Something... (VIDEO)
Barbie With An Average Woman's Body 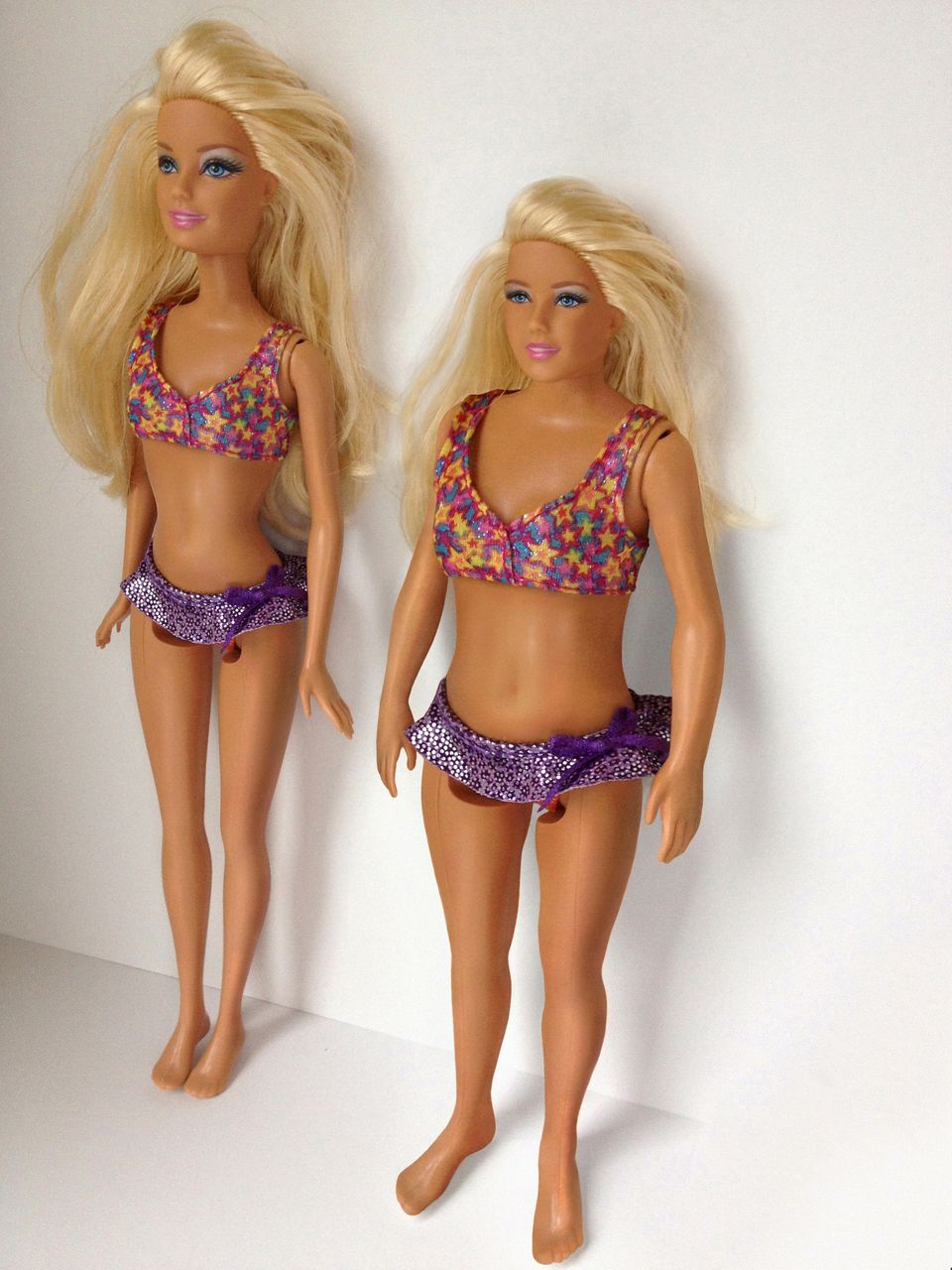