All in the name of fashion! Joan Collins left Sunday night's Vanity Fair Oscars party in an ambulance, thanks to a too-tight dress, Page Six reports.

The 77-year-old legend began to feel faint at 10 p.m. and, ultimately, 911 was called. Joan was taken to an area hospital where a bunch of tests were run but nothing turned up. She told the gossip column,"The truth was, I made the wrong decision to wear a very tight dress, and had something rather like a Victorian swoon. The good news is, I am in good health and feel fine today."

Take a look at what Joan wore -- the embellished gown fits her like a glove. No word on who made it. 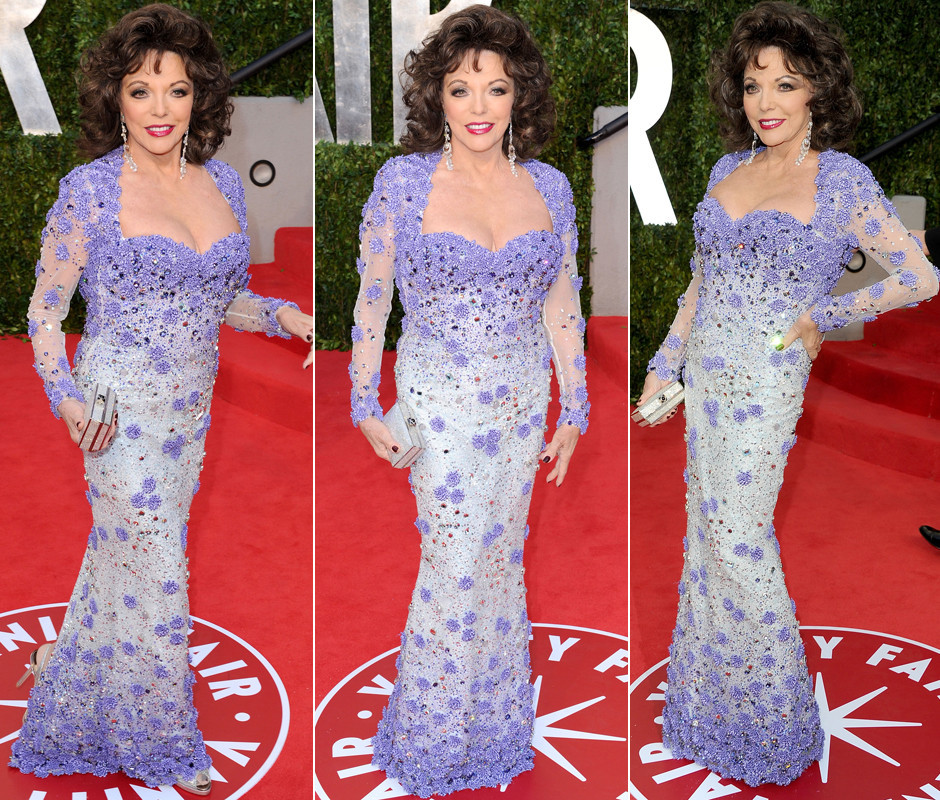