In her latest album, "Bring it on Home," singer-songwriter Joan Osborne has compiled a potent and celebratory brew of vintage blues, R&B and soul, making the most of the voice the New York Times hailed as "angelic ecstasy and sexual abandon." The album is a collection of her favorite classics -- music that has long served as a source of inspiration.

On June 23, Osborne will perform songs from the album live on Woodsongs, a national radio show which airs on more than 500 radio stations worldwide. "Bring it On Home" was co-produced with Osborne's longtime-collaborator Jack Petruzzelli. Osborne's debut album "Relish" appeared in 1995, sold five million copies worldwide and garnered six Grammy nominations. It included the song that asked "What If God Was One of Us?" which was recently covered on the TV program "Glee."

Osborne has toured with the Dixie Chicks, sung with The Dead (formerly the Grateful Dead) and won a Grammy for her performance in the film "Standing In The Shadows of Motown." She took time out from her national tour to talk with The Huffington Post.

About this album, you have said, "I knew when the time was right and my voice was ready, I wanted to make a recording like this one." Why was this the right time?

Blues and soul music is the music I really learned how to sing by trying to sing. I just fell in love with it in my early 20s with people like Etta James and Otis Redding. There was a real richness in tone in their voices that I didn't possess. I tried to emulate them, but it wasn't the same. I listen to my voice [from back then and] I didn't have that type of texture, which over the years I've gained.

The old saying is true, when you live more you have more to draw as an artist about different parts of the human condition. Instead of imaging yourself in a situation, you can remember having being there yourself and draw from personal experience.

What's the biggest difference between you as an artist at age 49 versus your early 30s when "Relish" came out -- in both practical and philosophical terms?

In practical terms, I think I've learned how to get out of my own way. I've had a tendency in the past to think myself into a corner, fearing something wouldn't be good enough, always comparing myself to other people.

I think those can be helpful processes to make yourself better but you can also paralyze yourself with that kind of thinking. I've gotten better at not bogging myself down in those kinds of thought processes.

You've said, "Blues music rescued me when I was in need of rescue." How so?

I think there is a idea about the human condition that people talk about in these blues and R&B songs that pain and dark places in your life are just natural and they happen to everybody. I think I had a lot of shame around the fact that I had those feelings as well when I was younger. I didn't have the same sort of understanding that these things were part of the human condition and you can work through them however you can. Music is certainly a way people use to get past them. It helps me not only accept the darker parts of my psyche and life, it also gave me a mechanism to deal with them and get past them.

You've said you really learned how to sing at New York blues clubs. This album seems reminiscent of that period in your career but in fact most of these songs are ones you've never sung before. Talk about that.

I really fell in love with blues and R&B music when I was in my 20s. I had come to New York not to do music but to attend New York University. I was actually planning to be a documentary filmmaker. It was actually an accident that I went to a blues club. A friend and I went out around the corner for a drink, and it happened to be a blues club. The band had finished playing their set for the night, but the piano player was still on stage playing for a few people in the audience. My friend dared me to sing a song with the piano player. She said, "If you go up there and sing with him, I'll buy the drinks." Being the broke college student that I was, I said sure and I sang a Billy Holiday song.

The piano player said, "That sounds really nice, you should come to this open mic night that we have every Tuesday night." I started singing one or two blues songs and through that I discovered that there was a whole blues and roots music scene going on. I discovered that scene and fell in love. I spent all the money I should've spent on my textbooks on Etta James and Muddy Waters records.

Blues music is part of our cultural inheritance. If someone played a song I didn't know, I would go out and buy it. It was a process of educating myself and meeting other people who had the same passion I did for the music. That's when I met people like the Holmes brothers and Chris Whitley.

That's the thing about music, you can spend your lifetime learning it, but it's like swimming the ocean -- there's always something more. From the time when I was just doing those open mic nights, it took me awhile to find my own musicians and put my band together. That took months and months of getting rejected from different clubs before we got one club to say yes and I went back to all the other clubs. It got to the point where I was playing five to six nights in New York City, then branching out to Philly and D.C., Syracuse, Vermont.

You included vintage songs by a number of blues, soul and R&B legends, giving them your own twist. Talk about some of your favorite songs -- and how you managed to pay tribute to the artists but creatively make the songs your own?

One of my favorite tunes is "Rhymes." Al Green's got that wonderful, slow groove that he sort of patented, he and the musicians that he worked with. I was just intrigued by the surreal dreamlike pictures he was painting with those lyrics. I thought, instead of doing it like Al Green did it , we can amp it up. [The lyrics] "I won't let it get me down/ Turn my smile into a frown" just felt like a really powerful moment in the song. I thought, let's turn it into a party song. So we sped it up and gave it more energy. It gets everyone clapping and stomping, it's a really nice
moment in the show. Looking at it from a musical perspective enabled me to give it another take.

The Muddy Water's tune "I Want To Be Loved" [is another favorite]. Muddy Waters has that very demanding delivery with that song. Part of the reason he was so successful was because he had a take-no-prisoners kind of style. I tried to be a little more seductive about it. We built a refrain out of "I want to be loved," we turned that into a chant between verses to give it a little more hypnotic flavor. That's one of my favorites.

Talk about "Shake Your Hips," the Slim Harpo number. I've heard that was recorded during an impromptu jam?

That was not even on our list of songs that we brought into the studio. As we were all sitting around, jack Petruzzelli -- my co-producer who also plays guitar -- just started playing that signature Slim Harpo guitar lick. Everyone else in the room just naturally fell into it and I know the song and we just started to do it. Luckily the rehearsal tape record was rolling -- it was like jumping on the back of a thoroughbred and galloping away.

When you don't have to work on something and you just have it in your body, it bypasses your brain and just comes out very naturally. We looked at each other and said, we have to add to that to the album.

You've said you were glad to have gotten out of the limelight eye after the smash hit of your debut album "Relish" in the mid-90s. Why?

I'm certainly very grateful to have that success. It was a very gratifying thing to have been a part of something that had been so successful and meet a lot of people. Personally the amount of work that you have to do and the amount of exposure and the lack of privacy [was too much]. I literally couldn't walk down the street without people following me. They seemed too have nothing but good intentions, but it kind of turned my world upside down. It was a relief to be out from that microscope. I know some people might think it's a little disingenuous to say that you don't like being in the public eye when this is the job you choose to do and I can certainly
understand that point of view, but there's something different about being in the public eye on stage and in person. Whatever sanity I have is from being able to step from the limelight and be a private person.

Check out the slideshow below for highlights from Osborne's performances. 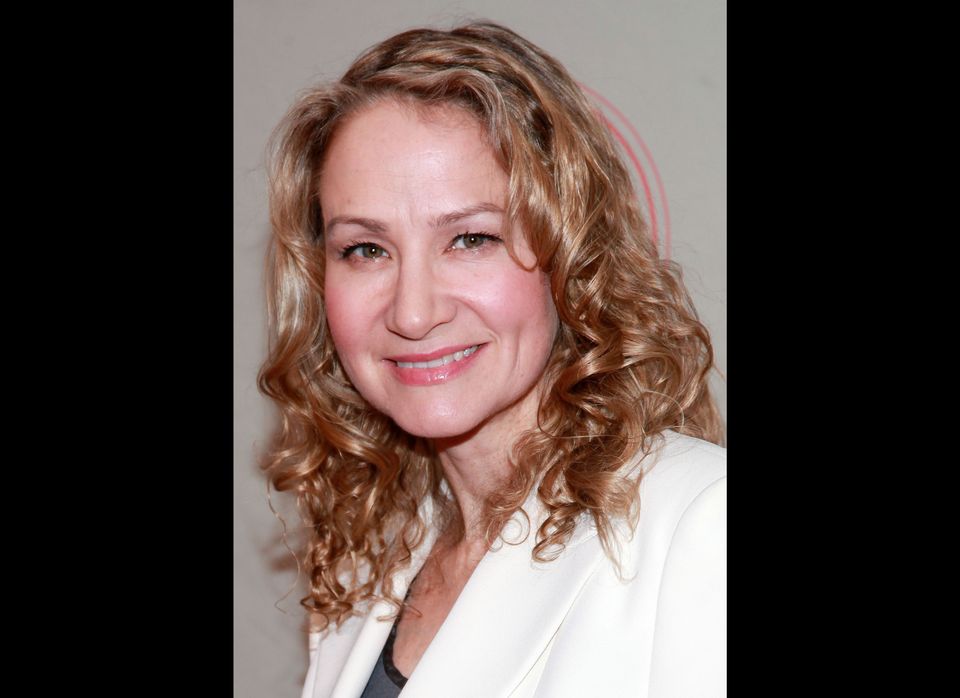