After Joan Rivers died Thursday at the age of 81, the Daily Beast re-published an interview with the comedian from July, where she opened up about her relationship with First Lady Nancy Reagan.

Reagan and Rivers were close friends. The first lady invited the comedian to perform at a women's luncheon at the Republican Convention in 1984 and had Rivers as a guest at a White House State Dinner. In the Daily Beast interview, Rivers said, "I haven’t been invited to the White House since the Reagans were there.” 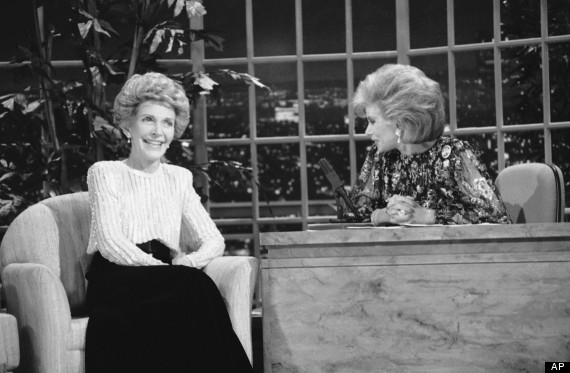 But a portion of Rivers' talk with Daily Beast writer Tim Teeman reveals just how close she was with Reagan:

TT: Does being famous and being talked about matter to you?

JR: Yeah, it gives you friends. It’s good to have people all day long saying, “You make me happy, you make me laugh.” Fame is so wonderful. When my husband committed suicide, I was in Chicago. In the middle of the night at an airport someone told me they had lit a candle for me. How wonderful is that? Fame makes the whole world your neighbor. Fame gives you a great card to live your life and make it easier. Nancy Reagan [Rivers’ longtime friend] got Edgar’s body out of Philadelphia for me.

JR: Edgar killed himself in Philadelphia and I couldn’t get the body out of there. My daughter was going mad. I thought, “I’ll call the White House.” It was 2 a.m. there. I said, “It’s Joan Rivers and it’s an emergency. I must speak to Mrs. Reagan.” They woke her up.

JR: You don’t forget this, honey-bunny. I said, “I can’t get Edgar’s body out of Philadelphia.” She said, “Let me see what I can do.” The next day, his body came back to L.A. You don’t ever forget that, especially when the chips are down. She’s older now. I’m going to California next week, and I’ll see her.

To read the entire interview with Rivers, go to the Daily Beast.