Joan Rivers, who died Thursday at the age of 81, is being rightfully and widely praised as a sharply funny role model for female comics. Comedian Judy Gold wrote a lovely piece for CNN about how Rivers affected her, one misfit funny Jewish woman to another. What is starkly noticeable in the wake of Rivers' death is how much has changed for funny ladies since Rivers first walked onto the Tonight Show stage in 1965. 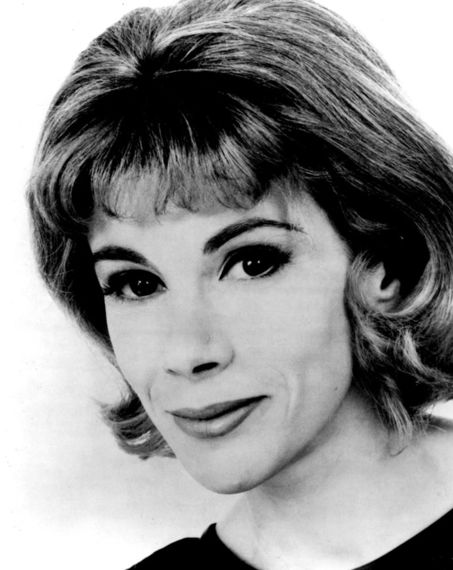 Rivers, who was born in Brooklyn in 1933 as Joan Alexandra Molinsky, like Totie Fields and Phyllis Diller -- two other funny women who became famous comics -- made it big by belittling themselves. At the heart of their acts were self-deprecating jokes about being unattractive. It is hard to imagine any of the successful female comedians like Sarah Silverman or Amy Schumer doing anything similar today.

Rivers and Diller focused on how ugly they felt. Diller, who died in 2012 at the age of 95, put on a fright wig to make herself uglier. "If it weren't for my Adam's apple I'd have no shape at all," she said in one of her famous one-liners. Much of Field's act related to her weight. "I've been on a diet for two weeks and the only thing I've lost is 14 days," she joked.

Rivers, though always slim and stylishly attired, talked about how unappealing her body was. "I have flabby thighs, but fortunately my stomach covers them," goes one of her jokes. She subsequently plastic-surgeried her way to a look she -- though few others -- seemed to prefer. While she took aim at celebrities all along, in the last chapter of her career she focused almost exclusively on criticizing other women's looks on her television show "Fashion Police." Each episode since its 2010 debut was devoted to taking apart the fashions worn by celebrities, often with barbed jokes about their bodies.

A turning point away from Jewish female comics' focus on appearance was Roseanne Barr, whose early act centered on her life as a working-class housewife. Her eponymous hit show wasn't at all about how she looked, though at the start of the sitcom in 1988 she was large and none too stylish. But the focus was on the idiosyncratically nutty blue-collar Conner family. Not Barr's appearance.

Today's female comics, even if they don't fit into a cookie-cutter idea of attractiveness, don't criticize themselves. Instead, they mock anyone else who does.

Gold has a bit from when she had a small role on Law & Order. Before the taping, she got a call from the costumer needing to know her clothing size. She asks how tall Gold is. The comedian, deadpan, tells her "Six foot three." "Okay, how much do you weigh?" asks the staffer. "One eighty." "Umm, what shoe size do you wear?" Gold says, "Twelve." "Okay..." says the costumer, "like do you have anything in your closet you think your character would wear?" Gold is pointing at her unusual size, but, unlike in Rivers' standup, she points to society's difficulty dealing with it -- not her own.

The hottest female comics right now, like Amy Schumer and Sarah Silverman, appear to feel just fine about the way they look. It is hard to imagine either one telling jokes at her own expense.

Many of Schumer's bits are about dating and sex. With a girl-next-door kind of prettiness, Schumer would much rather spend time poking fun, in her sly way, at cultural assumptions than at herself. In the scripted video bit "Operation Enduring Mouth" she plays a secret agent. She and a male partner are assigned by their CIA boss to take down a big target. The code name given to her male partner by their (male) superior? Cross Bolt. Hers? Butter Face. She is instructed to distract the target by cooking him a casserole while Cross Bolt rappels into his hotel room. Then, while Cross Bolt steals the hard drive, Butter Face is to lure their target into the bedroom. And give him oral sex. "I'm capable of hacking into the mainframe of a nuclear submarine," she protests. The boss says she doesn't need to do anything that drastic. Then they open their secret weapons. Cross Bolt's is laser nunchucks. Hers is a red scrunchy. To keep the hair out of her face. A week later, they are rewarded for their successful mission. Bolt Cutter gets the agency's highest recognition -- a titanium star. The boss pats Butter Face's arm and says "you can keep the scrunchy."

To be sure, Schumer had predecessors in bawdy comedy, specifically the Jewish women Belle Barth and Sophie Tucker, both popular in the first half of the 20th century, were not conventionally beautiful. But they were known for their lusty humor.

Thankfully, now funny women are taking back that comedic power. When Rivers talked about sex, she was using her intelligence to put herself down as someone too ugly to be wanted. When Amy Schumer talks about sex, she's taking aim at the jerks who want her only for her body, rather than for her mind.