Joan Smalls is on a roll! The Puerto Rican beauty has just landed another Vogue issue.

Joan is already ringing in the New Year on the Januarycovers of Vogue Turkey and Vogue Japan--and now she's adding Vogue Brasil to the list.

Vogue Brasil's gorgeous January 2013 "Black Issue" cover, which was shot by Henrique Gendre, shows the host of MTV's "House Of Style" and current Versace campaign gal striking a pose on the water's edge and hails Joan the #1 model in the world. Wowzas!

We'll keep patiently waiting for her Vogue US cover debut. In the meantime, here's a look at the stunning Vogue Brasil cover and our favorite fashion moments from the supermodel in the slideshow below. 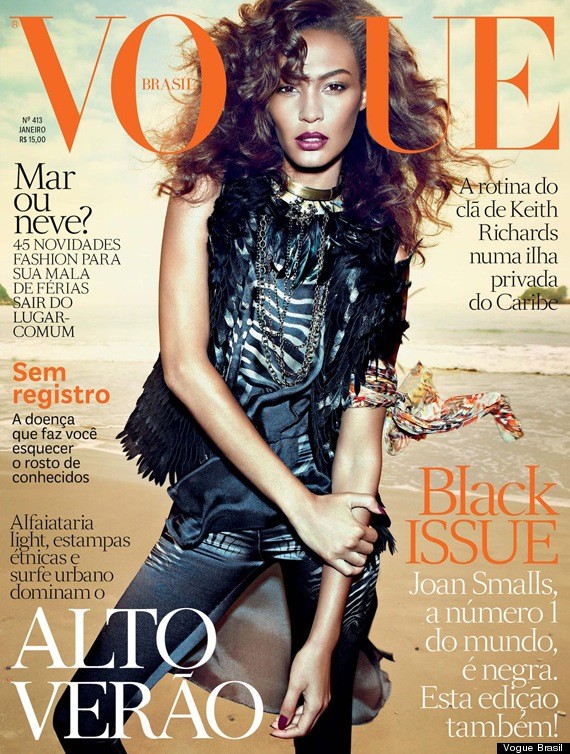